US claims to bring democracy, wreaks havoc in countries: Şentop 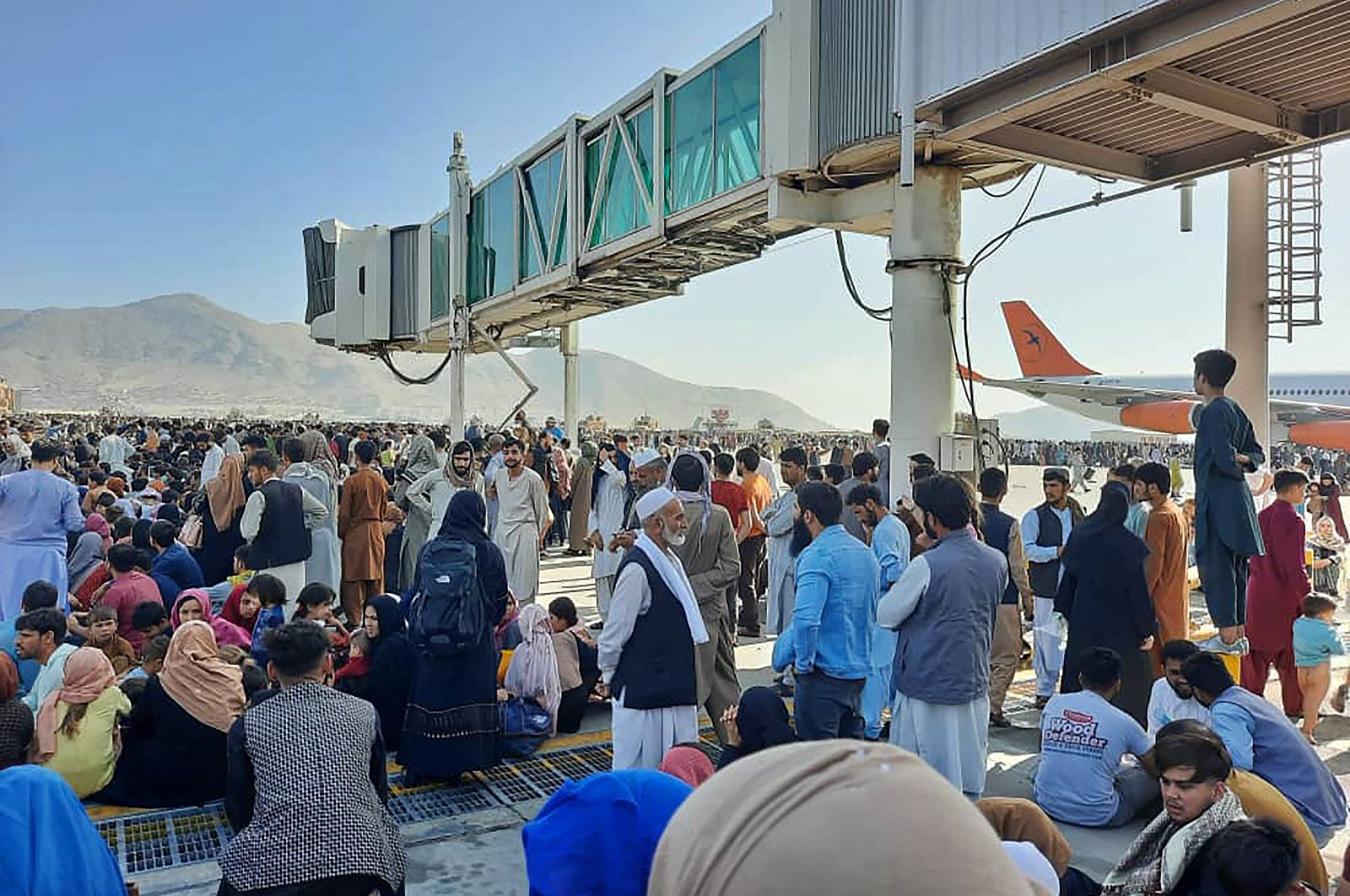 Afghans crowd the tarmac of the Kabul airport to flee the country as the Taliban take control of Afghanistan after President Ashraf Ghani fled the country and conceded the insurgents had won the 20-year war, Kabul, Afghanistan, Aug. 16, 2021. (AFP File Photo)
by DAILY SABAH Sep 08, 2021 11:06 am
RECOMMENDED

“They have turned various regions into hubs of instability after claiming to bring democracy,” Şentop told reporters in Vienna, adding that Afghanistan was the first example, followed by Iraq, Syria, Libya and other places.

Noting that people are forced to leave their homes as a result of conflicts created by countries like the U.S., the parliament speaker said Turkey is then forced to assume responsibility for the crisis and accept migrants and refugees. Although Turkey cannot completely close its door to asylum-seekers fleeing conflict, Şentop said no country in the world has the resources to take care of all migrants and refugees forever.

He continued by stressing that it is a global crisis that requires global contributions to be solved: “Everybody needs to shoulder responsibility and do their part.”

Şentop added that Turkey does not intend to economically exploit Afghanistan, unlike other countries, noting that the two countries have over a century of cultural and historical relations.

Erdoğan said that the Turkish military’s presence in the country would strengthen the new Afghan administration’s hand in the international arena and that Turkish troops would protect Kabul Hamid Karzai International Airport and ensure evacuations continued safely and peacefully.