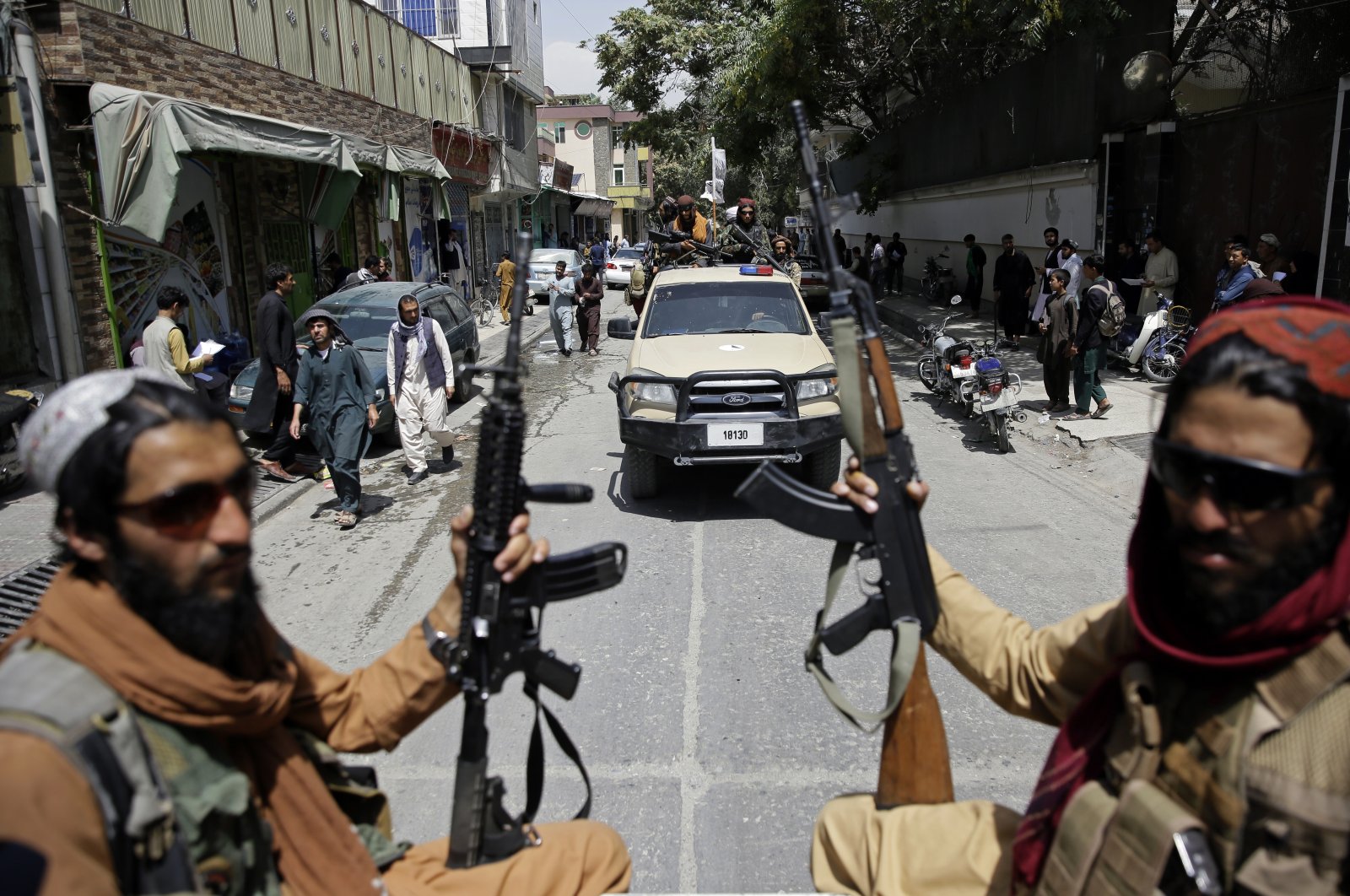 Turkey will act in coordination with the international community in its stance on the recognition of the new government in Afghanistan, Foreign Minister Mevlüt Çavuşoğlu said late Wednesday, as he added that, "We need to see if a truly inclusive government will be established or not."

Answering a question regarding Turkey's contact with the Taliban, he stated that they had invited the political wing of the Taliban to Turkey before they had entered Kabul.

Reiterating that President Recep Tayyip Erdoğan said he could meet with the Taliban representatives, Çavuşoğlu said: "We have communication through different channels. We have and should be in contact with both Kabul and Doha. At the moment, Dr. (Abdullah) Abdullah, (Gulbuddin) Hekmatyar and former President (Hamid) Karzai and others are among them. The commission started to negotiate to form a government. That's their main priority now."

"I hope they will reach an understanding and there will be a peaceful transition, and at the end, they make a deal for the future of the country," he also said in an exclusive interview with Nikkei, noting reports of talks between the Taliban and figures including chief Afghan negotiator Abdullah Abdullah and former President Hamid Karzai. "We must see the process," he added.

Asked for his views on the efforts to form a government in Afghanistan and the recognition of the government to be formed, Çavuşoğlu emphasized that they should first see how the government will be formed.

Noting that they are in talks with all countries to ensure that the attitudes and messages to be given on this issue are the same, Çavuşoğlu said: "They say, 'We will form an inclusive government.' We need to see whether a truly inclusive government will be formed or not. We will act together with the international community. The messages we will give and the steps we will take will be coordinated. There will be a NATO foreign ministers meeting on Friday. We need to coordinate and work together with the international community. It wouldn't be right to make a decision right now."

Also stating that they reached out to Turkish citizens in Afghanistan one by one by phone, Çavuşoğlu said that they were trying to bring back those citizens that wanted to return to Turkey, as in the pandemic period, through the coordination and support center.

Noting that there are also citizens who want to stay in Afghanistan, Çavuşoğlu said: "There are also citizens who say, 'I want to go.' Those who want to leave go to the airport. (Once they have been evacuated), we will ensure that our soldiers and our colleagues from the Ministry of Foreign Affairs return to Turkey. There are approximately 1,500 Turkish citizens in Afghanistan. Not all of them want to return. The number of those who want to return varies. We are helping other countries' evacuation, too. Many countries ask for our help. We also thank our soldiers for Turkey's role there."

In his interview with Nikkei, Çavuşoğlu also denied media reports that Turkey had shelved plans to continue to protect the Kabul Hamid Karzai International airport and manage its military section.

"News that Turkey decided not to stay is not true," the foreign minister said. "We have not made any decision yet."

"There is a new situation and we must wait until they have formed a government -- then we can talk to them. For now, we have other priorities like evacuating our citizens," he added.

Earlier this week, Turkish security sources denied reports claiming that Turkey would withdraw its troops from the Kabul airport after the Taliban takeover.

Turkey, which has 600 troops in Afghanistan, has offered to deploy troops at the Kabul airport after NATO withdraws and has held talks with the United States for weeks. Erdoğan has asked the U.S. and other allies to meet the financial, logistical and diplomatic conditions.

Akar stated that there was no attack or intervention against the airport in Afghanistan and said: "As a result of the work of the Turkish Armed Forces (TSK) elements with the elements of other countries, the planes started to land and take off safely. Sixty-four flights were made in the last two days."

Emphasizing that they took more than 200 citizens of Turkey out of Afghanistan on Wednesday after the events, Akar said: "We are making an effort to keep the airport open safely and to serve all of Afghanistan."

"Every precaution has been taken, and continues to be taken, for the security of our soldiers. Considering that the situation may change at any moment, we continue to follow the incident closely, with sensitivity and great care. In case of any different developments or if we sense such a situation, we will take additional measures accordingly. We have the necessary plans. We will put them into action," he added.

Emphasizing that Turkey's stance on helping its Afghan brothers is known and appreciated by the whole world, Akar said: "We have been standing by our Afghan brothers since 2002. NATO was also arguing at that time, saying, 'When will you leave?' We always said, 'We will stay here as long as our Afghan brothers want.' We are at the same point. We have common, historical values. Our activities continue in a way that befits our noble nation and history. We continue our activities in a controlled manner."

NATO member Turkey, which has hundreds of troops in Afghanistan, had been discussing with the United States a proposal to keep those forces in the country to guard and run the airport after the withdrawal of other NATO forces.

Ankara has negotiated with U.S. defense officials since offering to help secure and run Kabul airport, which is key to allowing countries to retain a diplomatic presence in Afghanistan after the U.S. troop withdrawal. But the swift Taliban takeover has left the Turkish plan in limbo.

"We aimed at ensuring the security of the airport and contributing to the security of this country after the withdrawal of American (troops). We still maintain this intention," Erdoğan said in a televised interview.