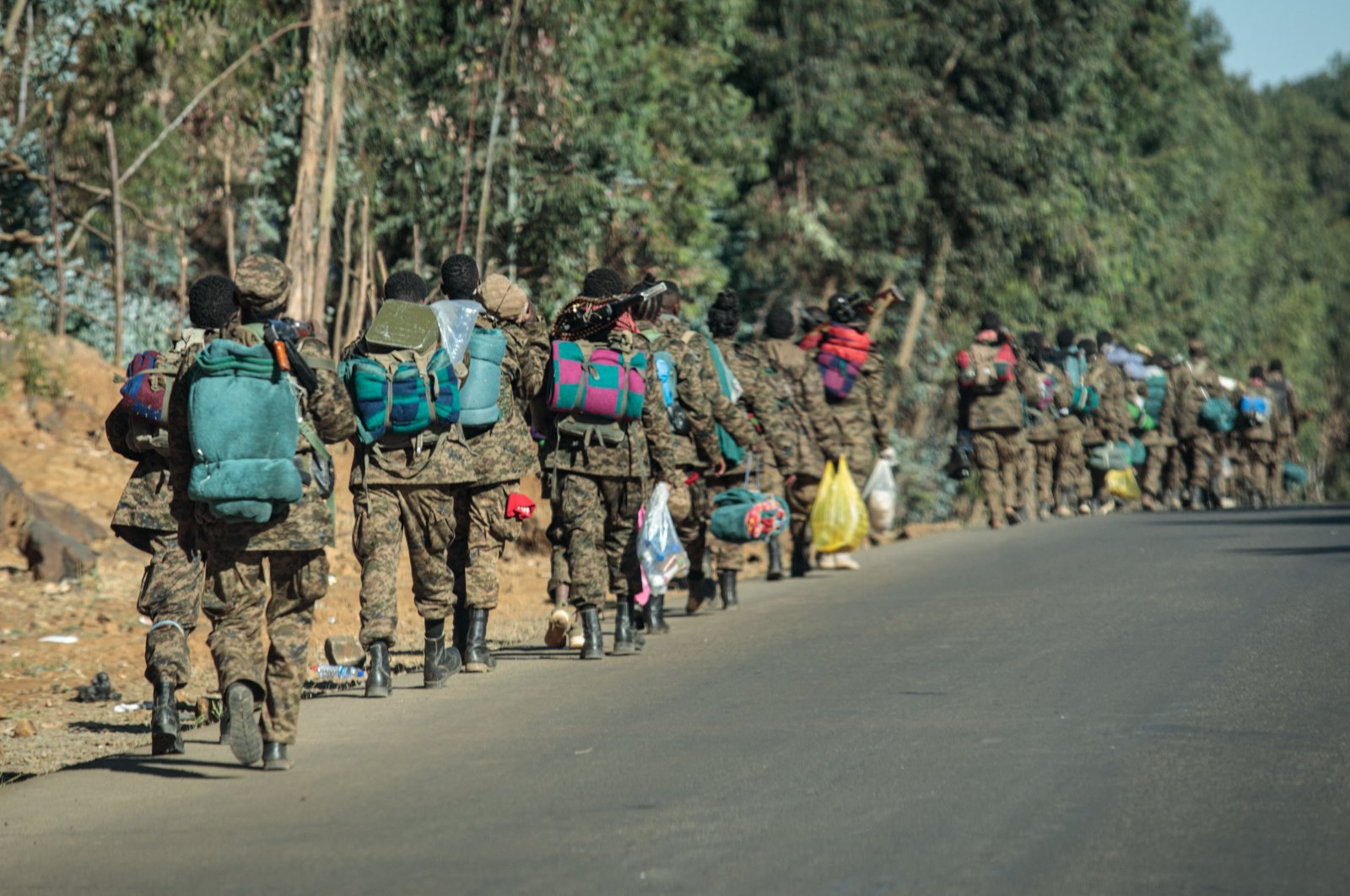 Soldiers of the Ethiopian National Defense Force (ENDF) walk along the road toward the frontline in Gashena, Ethiopia, Dec. 6, 2021. (AFP Photo)
by Daily Sabah with AA Dec 09, 2021 9:16 am
RECOMMENDED

Speaking at a press conference, Price said Feltman will discuss with his counterparts "what it is that the international community seeks when it comes to Ethiopia, and that is chiefly a negotiated resolution to the conflict because we know that the conflict threatens the peace and security in the Horn of Africa."

He reiterated that there is no military solution to the conflict in Ethiopia.

Feltman is leaving to pursue support for diplomacy as the first and the only option to achieve a cessation of hostilities, Price added.

In its 13th month, the armed conflict between the government forces and fighters from the Tigray People's Liberation Front (TPLF) has claimed thousands of lives and left many others facing famine-like conditions as affected areas are cutoff from international aid.

An estimated tens of thousands of people have been killed in the war between Ethiopian and allied forces and fighters from the country’s northern Tigray region, who long dominated the national government. The U.S. and others have warned that Africa’s second-most populous country could fracture and destabilize the Horn of Africa.

In response, the spokesperson for the Tigray forces Getachew Reda tweeted that “our forces won't relent on their inexorable advance toward bringing (Ahmed’s) chokehold on our people to an end.” The Tigray forces say they are pressuring Ethiopia's government to lift the monthslong blockade of the Tigray region of some 6 million people, but they also want Ahmed out of power.

Envoys from the African Union and the U.S. have continued diplomatic efforts in pursuit of a cease-fire to the fighting and talks without preconditions on a political solution.

In one year, Ahmed’s government has gone from describing the Tigray conflict as a “law enforcement operation” to an “existential war." With Ethiopia's military reportedly weakened in recent months and with its retreat from Tigray in June, ethnic-based regional forces have been stepping up and Abiy's government has called on all able citizens to join the fight.

Fears of a rebel advance on the capital have prompted several countries, including the U.S. and the United Kingdom, to pull out nonessential diplomatic staff.

These countries are also urging their citizens to leave Ethiopia while commercial flights are still available.