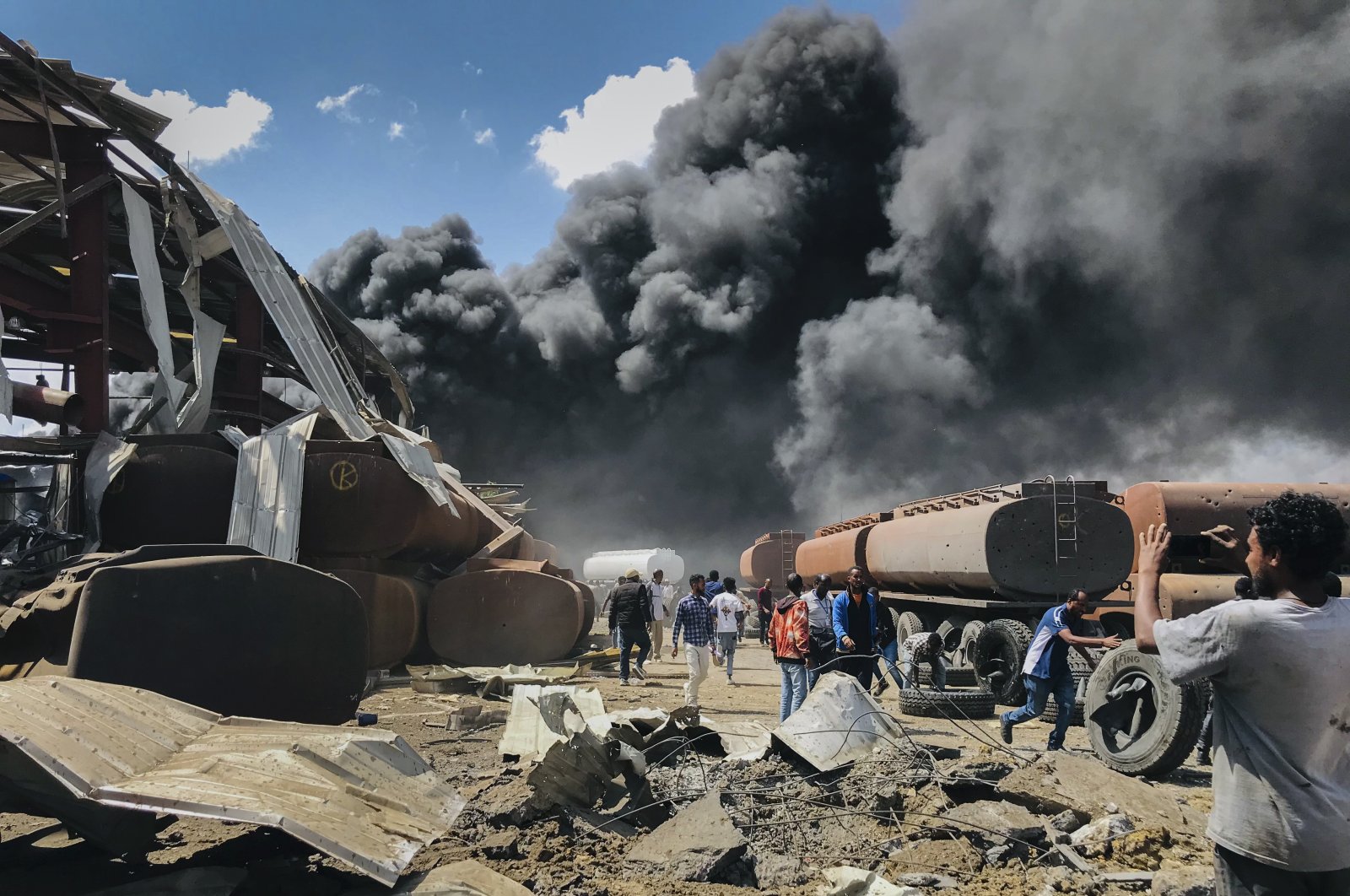 Smoke from fires billows at the scene of an airstrike in Mekele, capital of the Tigray region of northern Ethiopia Wednesday, Oct. 20, 2021. (AP Photo)
by French Press Agency - AFP Oct 24, 2021 2:53 pm
RECOMMENDED

Ethiopia launched two airstrikes Sunday on targets that the government says were rebel-held facilities in Tigray, marking the seventh and eighth bombardments in its war-torn northern region in a week.

The strikes, far from the regional capital Mekele, signaled the military was potentially widening its campaign of aerial bombardments, which has drawn international rebukes and disrupted U.N. flights to the famine-threatened region.

"Today the western front of (Mai Tsebri), which was serving as a training and military command post for the terrorist group TPLF, has been the target of an airstrike," government spokesperson Selamawit Kassa said, referring to the Tigray People's Liberation Front (TPLF).

There was no immediate response from the TPLF, which has condemned earlier strikes as evidence of the government's disregard for civilian lives.

There was also no immediate information on casualties in either Mai Tsebri or Adwa.

Prime Minister Abiy Ahmed's government has been locked in a war against the TPLF since last November, though Tigray itself had seen little combat since late June, when the rebels seized control of much of Ethiopia's northernmost region and the military largely withdrew.

Since then there have been three more strikes on Mekele and another targeting what the government described as a weapons cache in the town of Agbe, about 80 kilometers (50 miles) to the west.

The strikes coincide with ramped-up fighting in the Amhara region, south of Tigray.

They have drawn rebukes from Western powers, with the U.S. last week condemning "the continuing escalation of violence, putting civilians in harm's way."

A strike Friday on Mekele forced a U.N. flight carrying 11 humanitarian personnel to turn back to the Ethiopian capital Addis Ababa, and the U.N. subsequently announced it was suspending its twice-weekly flights to the region.

"Our air defense units knew the U.N. plane was scheduled to land & it was due in large measure to their restraint it was not caught in a crossfire," Getachew said on Twitter.

The conflict has spurred fears of widespread starvation, as the U.N. estimates it has pushed 400,000 people in Tigray into famine-like conditions.