US scraps Black Sea deployment of warships amid tensions 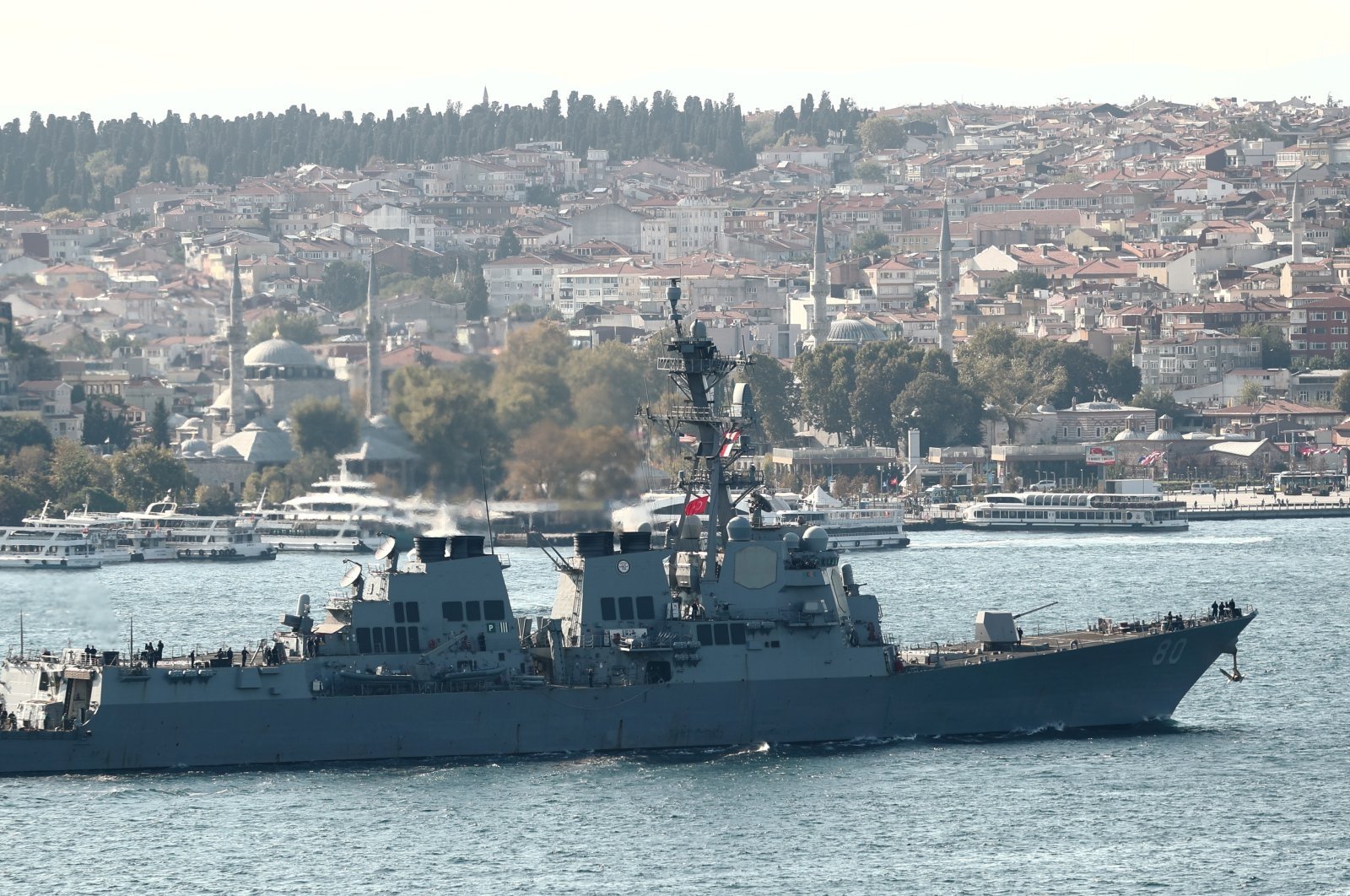 The U.S. has called off a plan to send two warships to the Black Sea amid tensions between Russia and Ukraine, Turkish diplomatic sources said Wednesday.

The sources noted that the U.S. Embassy had informed Turkish authorities about the matter. Both deployments, scheduled for Wednesday and Thursday, have been canceled and Ankara has not been informed of plans to reschedule.

The warships are currently anchored off the island of Crete, the most populous Greek island.

Meanwhile, Turkish Foreign Minister Mevlüt Çavuşoğlu reiterated once again on Thursday that Ankara does not take sides in the Ukraine-Russia conflict and supports a peaceful solution to the problem.

Turkish diplomatic sources on Friday shared that the United States had notified Turkey two weeks earlier that it planned to send two warships through the Turkish Straits toward the Black Sea in line with the Montreux Convention, adding that the vessels will remain in the Black Sea until May 4.

The move came as Russia bulked up its military presence on Ukraine's eastern border.

Washington is required to give Ankara at least 15 days' notice before sending warships through the Bosporus and Dardanelles straits under the terms of the 1936 Montreux Convention.

The treaty's terms allow foreign warships to stay in the Black Sea for 21 days.

U.S. Navy ships routinely operate in the region in support of Ukraine, which has been fighting Russian-backed forces in its east since a 2014 revolution ousted the pro-Moscow leader in Kyiv.

Russia annexed Crimea from Ukraine in 2014 and the two U.S. warships were due to arrive in the Black Sea this week amid an escalation in fighting in eastern Ukraine where government forces have battled Russian-backed troops in a conflict Kyiv says has killed 14,000 people.

The deployment came as the West sounded the alarm over what it says is a big and unexplained build-up of Russian forces close to Ukraine's eastern border and in Crimea. Russia has said it moves its forces around as it sees fit, including for defensive purposes.

The 1936 Montreux accord gives Turkey control over the Bosporus and Dardanelles straits. It also limits access to naval warships and governs foreign cargo ships.

Premature to talk about de-escalation: Kremlin

Meanwhile, U.S. President Joe Biden's invitation to Vladimir Putin to hold a summit was being hailed in Moscow Wednesday as a sign that Washington had blinked first in the showdown with Russia over Ukraine. However, on Thursday, the U.S. announced new sanctions on Russia in retaliation for hacking and alleged interference in the 2020 elections.

Kremlin spokesperson Dmitry Peskov said Wednesday that the situation around Ukraine remained tense and that it was premature to talk about de-escalation, despite reports that the United States had canceled the deployment of two of its warships to the Black Sea.

Biden offered to hold the summit on neutral ground, during a call with Putin on Tuesday, as tensions between Russia and the West spike over Ukraine.