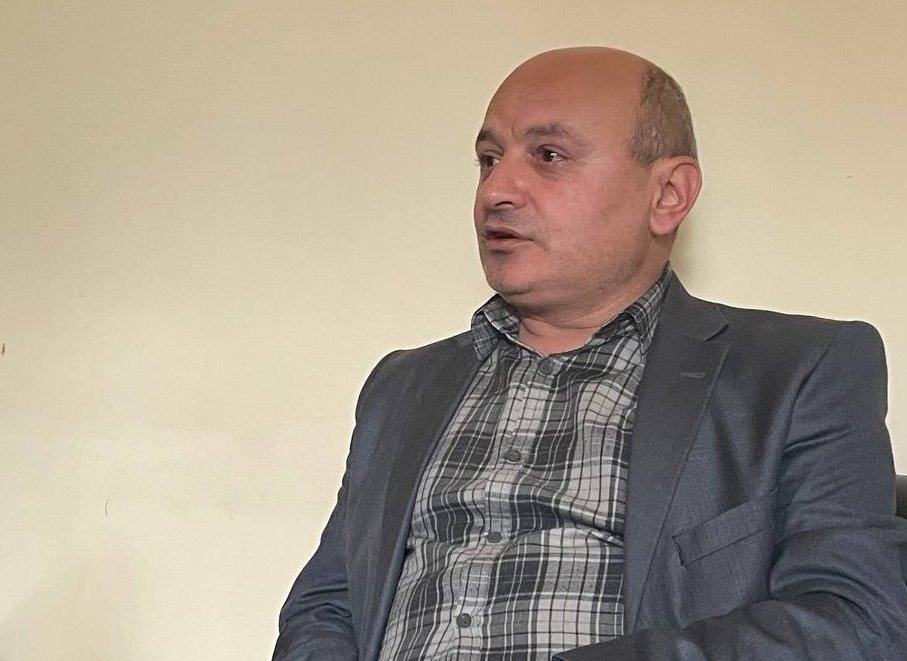 A new window of opportunity has opened in relations between Yerevan and Ankara despite Turkey's support of Azerbaijan in the Karabakh War that ended in November 2020, a former Armenian lawmaker has said.

Styopa Safaryan, a member of center-right party Heritage, told Anadolu Agency (AA) that after the recent war between Azerbaijan and Armenia, Armenian Prime Minister Nikol Pashinian was facing difficulties at home and was willing to take steps to revive bilateral relations with Turkey.

"Pashinian is trying to show that there is a positive signal from Turkey so that a common agenda can be formed. He is making these statements understanding very well the sentiment on ground," he said.

He added that the most sensitive issue in the normalization agenda is the Zangezur corridor, which will provide the Turkey-Nakhchivan-Azerbaijan connection.

Safaryan stated that some circles in Armenia interpreted the opening of the corridor as the political strangling of Armenia.

He claimed that Turkey will gain a lot from the opening of these roads without using the term "Zangezur corridor."

"If this (corridor) expression is used, the Armenian-Turkish dialogue will be finished," Safaryan said.

The routes of the corridor and the mode of transportation to be used have been bones of contention between Armenia and Azerbaijan, former Soviet states that have been at loggerheads since the 1990s.

Their tensions culminated in the second Karabakh War in 2020 in which Azerbaijan liberated several cities and some 300 settlements and villages after nearly three decades of illegal Armenian occupation.

For improvement in ties, Armenia has to negotiate with Turkey and Azerbaijan but without mediators such as Russia, an Armenian analyst also said.

"Armenia has lost the (Karabakh) war and is currently in a weak state. The government has to negotiate with Turkey and Azerbaijan, but this should happen without intermediaries like Russia," Stepan Grigoryan, the head of the Analytical Center on Globalization and Regional Cooperation, a think tank in Armenia, told AA.

"The process must continue through bilateral negotiations," added Grigoryan, who is also a former lawmaker of the Pan-Armenian National Movement.

Emphasizing that Turkey can serve as an alternative to Russia in the region, he said: "Turkey follows a serious foreign policy in line with its interests."

Turkey backed Azerbaijan during the 44-day war, which ended in a Russia-brokered cease-fire agreement in November 2020.

Moscow has since mediated talks between Baku and Yerevan to end the decadeslong conflict. It has also expressed willingness to support normalization between Ankara and Yerevan.

Besides Karabakh, Turkey has long been at loggerheads with Armenia over issues such as Yerevan’s refusal to recognize their shared border, terrorist attacks on Turkish diplomats and Armenia's claims over the events of 1915.

Due to its intransigence, landlocked Armenia has been left out of transport and trade lines towards Turkey and Europe, routes meant to draw the region closer together.

Noting that Turkey has the potential to be a "sustainable and reliable partner for Armenia," Grigoryan said: "Turkey's support and alliance with Azerbaijan is understandable and not open to discussion."

"While doing this, it can establish a reasonable and balanced relationship with Armenia. The same goes for Armenia."

Urging his country to establish direct channels of relations with Turkey and Azerbaijan, he said: "I am not saying that this will be easy. Yes, there are disagreements on many issues, but negotiations should begin."

"Today we have a greater chance to establish peace," he added.