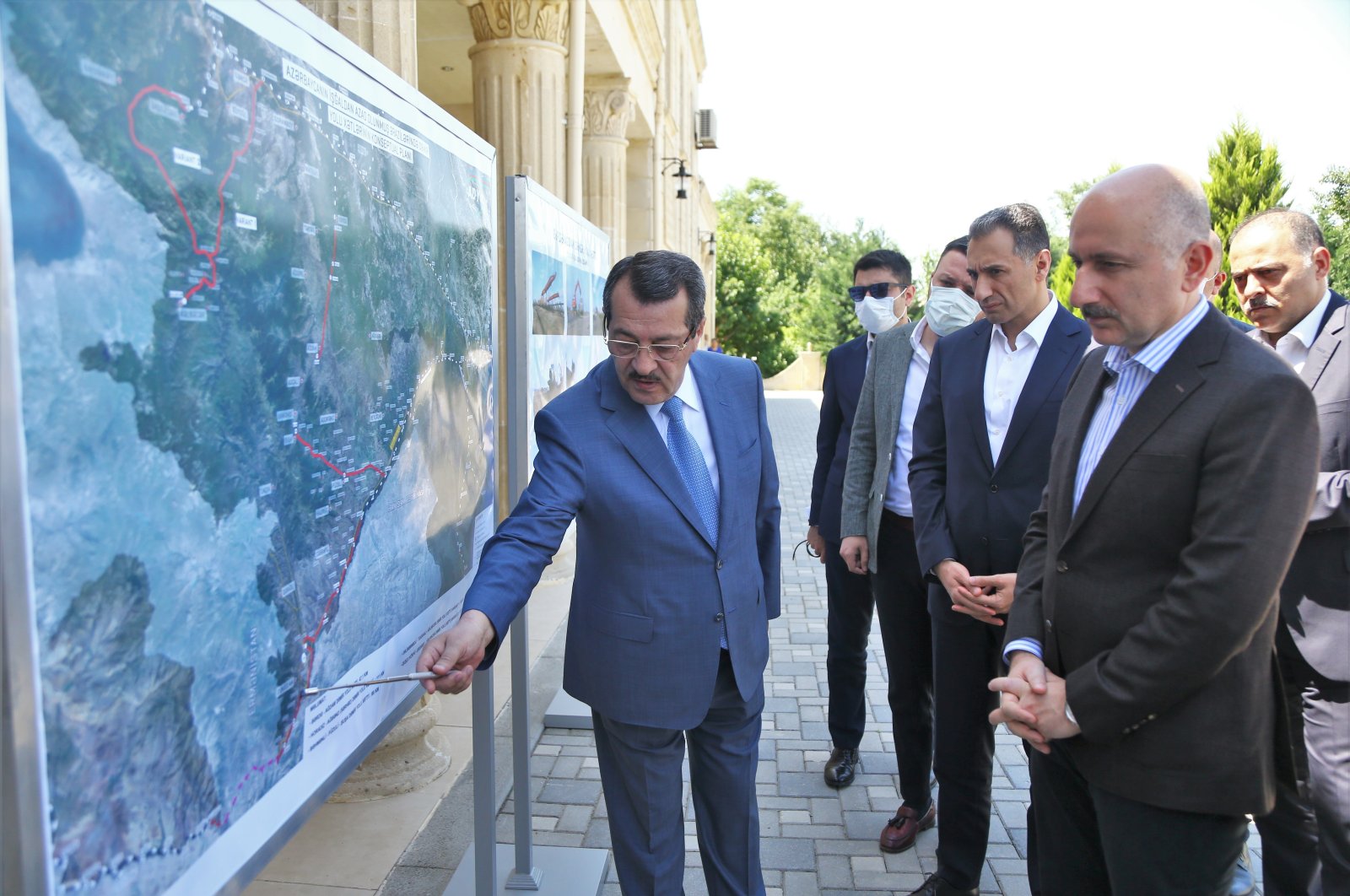 The Zangezur corridor, which has become a key talking point for Azerbaijani President Ilham Aliyev, will contribute to the region and provide a new link between Turkey and Azerbaijan.

After the Nagorno-Karabakh region was liberated from three decades of occupation this past November following a 44-day war with Armenia, it entered a period of economic revival thanks to new transportation links.

According to the deal, all transportation lines that were closed due to the Karabakh conflict will reopen. This brought the Zangezur corridor to the forefront.

Azerbaijan has focused on projects in the Zangezur corridor, which will include highways and rail lines and which would stretch across territories of Armenia's Syunik region.

Azerbaijan and Russia will negotiate the construction of a 43-kilometer (27-mile) railway in the region. Russia has railway properties in Armenia.

Some parts of the railway between Azerbaijan and Nakhchivan, which were destroyed during the occupied period, will be repaired.

Following the completion of the railway, Azerbaijan will be able to reach Iran, Armenia and Nakhchivan uninterruptedly by train.

The railway will also link Turkey to Russia through Azerbaijan.

Telman Nusretoğlu, a lecturer at Hazara University in Azerbaijan's capital, Baku, said the deal's most important part is the opening of these lines.

Mentioning the corridor's importance, he said it is crucial for reviving the regional economy and could be a key part of China's Belt and Road project.

The Belt and Road Initiative is an ambitious development program to connect Asia with Africa and Europe via land and maritime networks along six corridors with the aim of improving regional integration, increasing trade and stimulating economic growth.

Nusretoğlu also said that Russia will be able to improve its relations with Armenia, Iran and Turkey thanks to this corridor.

Most recently, Aliyev stated on Sunday that the Zangezur corridor will strengthen Azerbaijan's ties with Turkey.

Aliyev told Turkey's Transport and Infrastructure Minister Adil Karaismailoğlu in Baku that the opening of the corridor will further strengthen relations between Turkic nations.

The formation of the corridor, expected to be operational in 2 1/2 years, was negotiated by the deputy prime ministers of Russia, Azerbaijan and Armenia in a trilateral working group, he added.

Relations between the ex-Soviet republics have been tense since 1991 when the Armenian military occupied Nagorno-Karabakh, a territory recognized as part of Azerbaijan.

Fresh clashes erupted on Sept. 27, and the Armenian Army continued its attacks on civilians and Azerbaijani forces for 44 days, even violating two humanitarian cease-fire agreements.