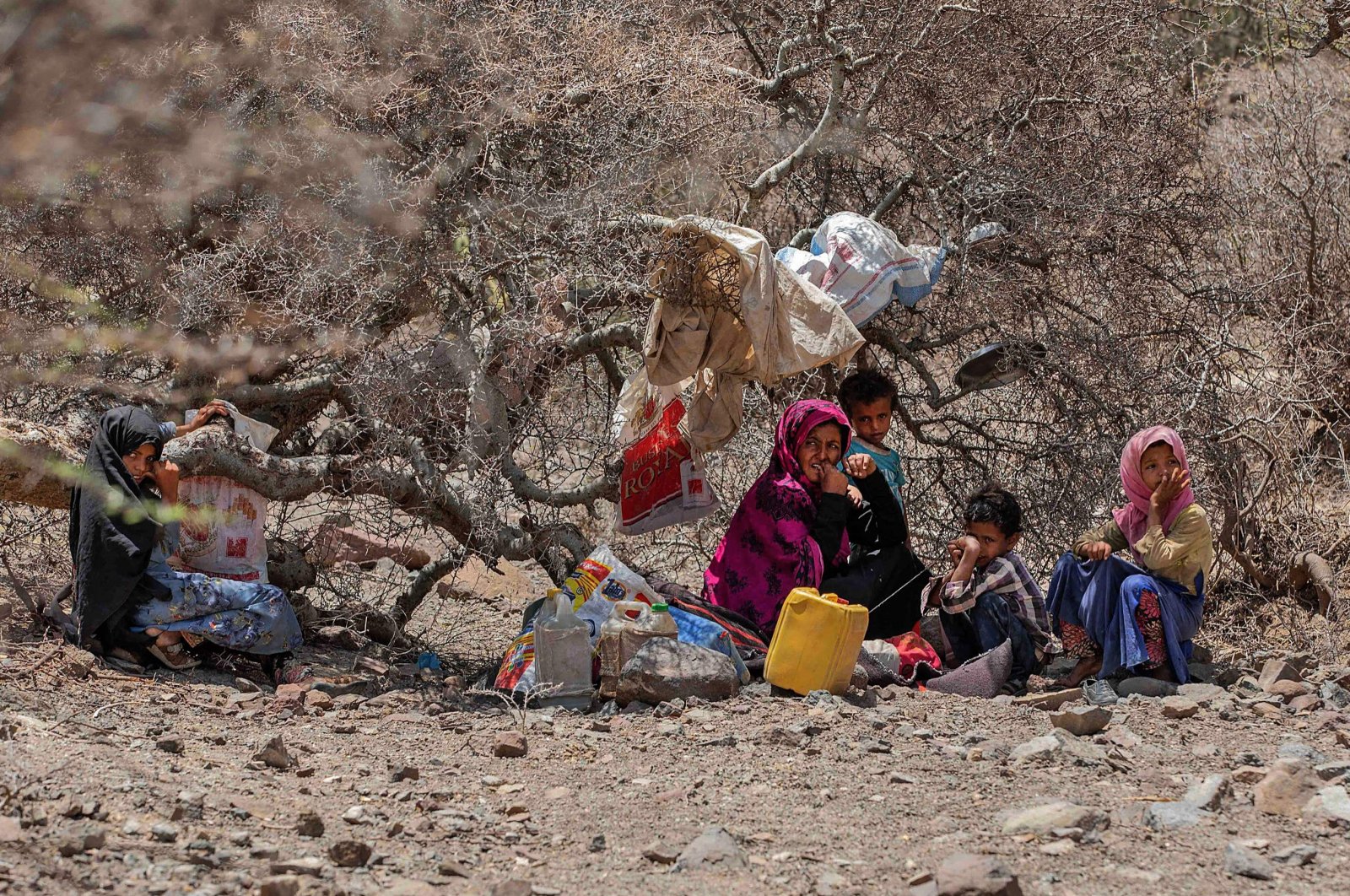 A displaced Yemeni family, who fled their homes due to fighting between Huthi rebels and Saudi-backed government forces, take shelter under a tree west of the suburbs of Yemen's third-largest city of Taez, April 1, 2021. (Photo by AHMAD AL-BASHA via AFP)
by DAILY SABAH WITH AA
Apr 05, 2021 10:51 am

Yemen's Foreign Minister Ahmed Awad bin Mubarak on Sunday expressed his appreciation for Turkey's efforts for the implementation of peace in the conflict-torn country.

He also thanked Bozgöz for his efforts to improve bilateral relations and cooperation between the two countries and wished him luck for his new duty.

Bozgöz, for his part, expressed gratitude to Mubarak for his support. He reiterated Turkey's stance of supporting Yemen's legitimate government, stability, security and territorial integrity.

The conflict in Yemen began with the 2014 takeover of the capital Sanaa by the Houthis. A Saudi-led coalition allied with the exiled internationally recognized government of Abed Rabbo Mansour Hadi has been fighting the rebels since March 2015.