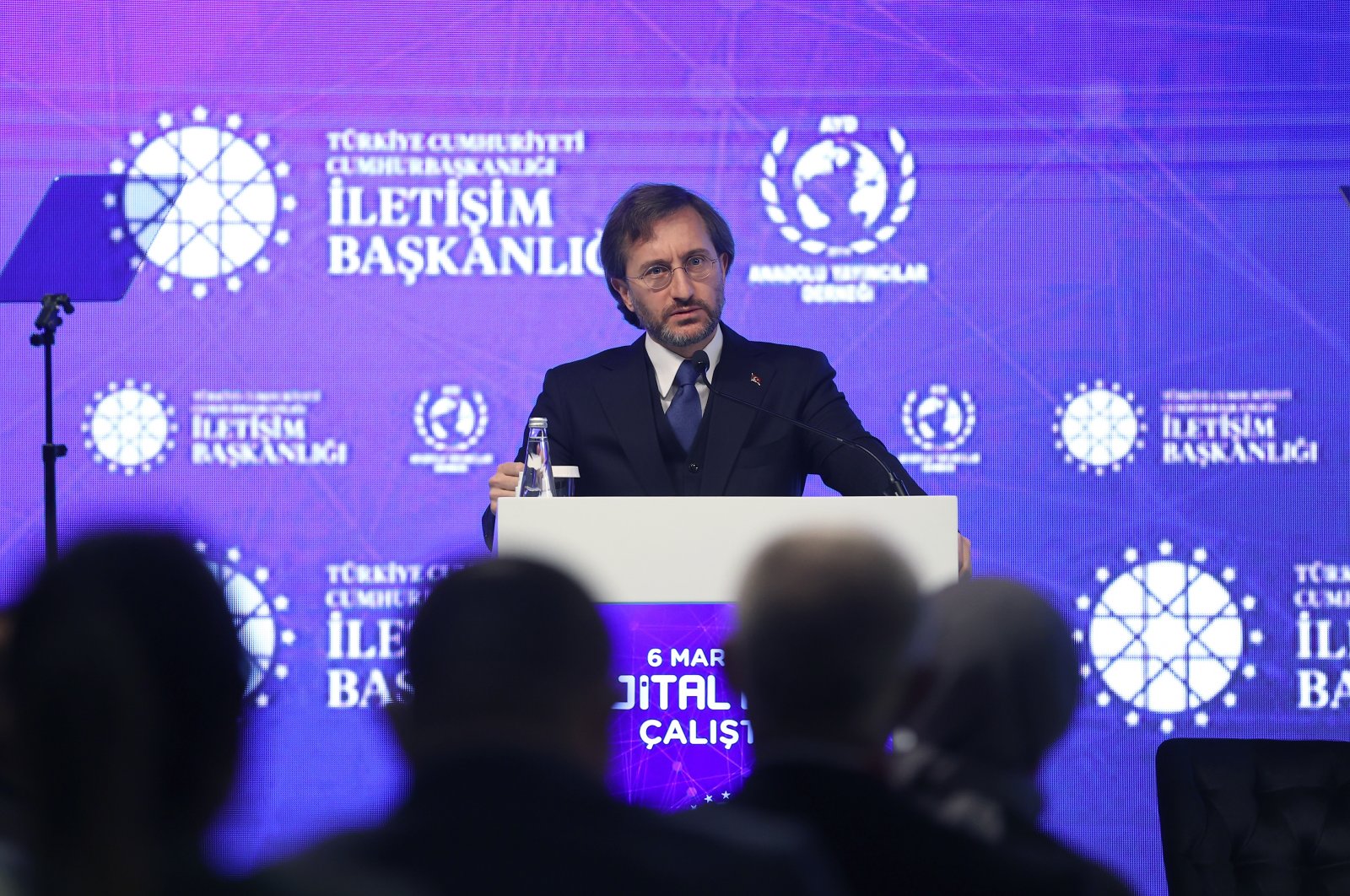 Turkey considers disinformation originating from inside and outside the country as a “national security issue” and tries to take the necessary measures against it, the communications director said Saturday.

In a speech at the Digital World Workshop, Presidential Communications Director Fahrettin Altun said the flow of fake news originating from inside and outside the country also threatened to poison citizens’ relations with the state and eroded their trust in the institutions.

“Therefore, we regard disinformation, especially from abroad, as a ‘national security problem,’ and we are trying to take the necessary measures against this. We are very determined on this issue as well,” Altun noted.

He said the Communications Directorate adopts an aggressive and proactive approach rather than a defensive and passive approach concerning this issue.

“We aim for all our institutions and organizations to fight against disinformation in cooperation and coordination. We arbitrate this goal with national and international plans and projects,” he added.

“Our country will be at the forefront of the struggle for truth in the field of communication, just as it has become the voice of the silences and the protectors of the oppressed, under the leadership of our President [Recep Tayyip Erdoğan],” he added.

He warned that one of the biggest threats that the country faces is “digital fascism,” which is degenerating and politicizing the concepts such as freedom of expression and tolerance.

Emphasizing a “double standard” applied by global companies, he said the ringleaders of the PKK terror group and the Gülenist Terror Group (FETÖ), the group behind the 2016 defeated coup in Turkey, continue to freely propagate on social media platforms.

“When our country requested the accounts affiliated with the terrorist organizations to be removed, it is accused of authoritativeness and not respecting the freedom of expression,” he said.

“The ‘enormous tolerance’ shown to the murderous organizations abhorrently killing the innocent people, unfortunately, stands among the problems that hurt the most. Because terrorist organizations constitute a threat not only for the regions they target but also for the entire world,” he noted.

FETÖ and its U.S.-based leader Fetullah Gülen orchestrated the defeated coup of July 15, 2016, which left 251 people martyred and 2,734 injured.