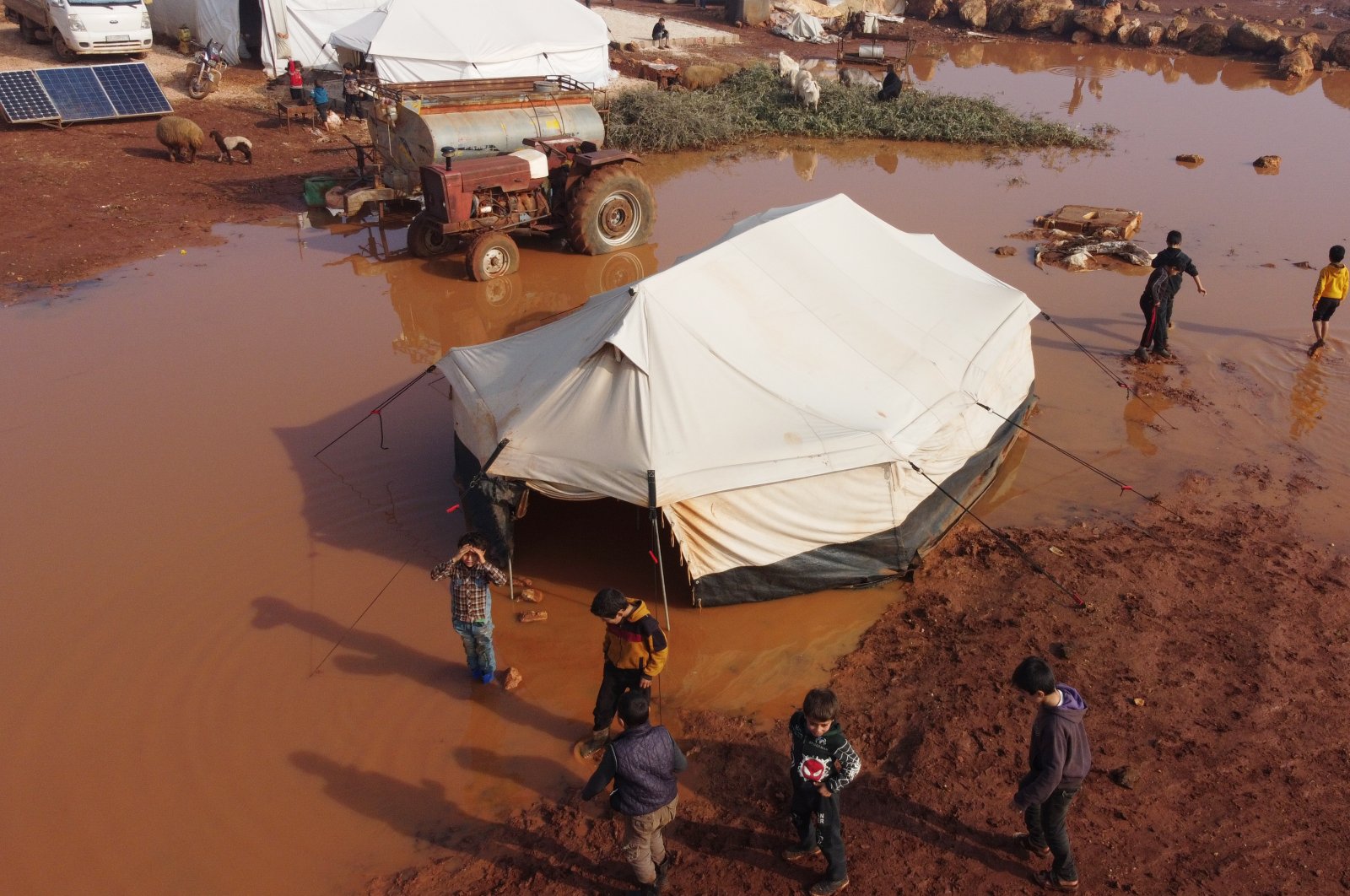 Displaced from Aleppo, Qassem Ahmad Sharraq Al-Zeit is bracing for a Syrian winter under canvas – with the struggle to keep his wife and four children protected against the bitter cold compounded by the threat of a coronavirus outbreak.

So far, five COVID-19 cases have been reported at the Zuhour camp outside of northwestern Idlib province, run by the Syrian National Army (SNA) and where Al-Zeit and around 1,000 other Syrians are leading a hand-to-mouth existence.

But cases have increased steadily in northwest Syria since July, says French medical charity Medecins Sans Frontieres (MSF), and, with tents overcrowded and basic health services and sanitation lacking, it believes the risks of a significant outbreak at the camp and others like it are high.

"We hope we are not forgotten from getting the vaccine just like we have been forgotten by our country," Al-Zeit told Reuters TV.

Around 4 million of Syria's population are displaced following the country's civil war, and a crumbling infrastructure makes it unlikely they will be prioritized when vaccine rollouts get underway.

There is some hope, meanwhile, in the actions of a local charity that is erecting cement buildings around the camp to serve as better quarantine facilities and help keep those who test positive isolated.

The overcrowded tent camps in the country’s northwest filled up once again after the Bashar Assad regime launched an offensive on Idlib, the last opposition stronghold, in December 2019. Nearly 1 million Syrians were displaced as a result of continuous Russian-backed airstrikes on civilian settlements, the largest one-time displacement in Syria’s almost 10-year war, the United Nations says.

As the fight against the coronavirus continues all around the world, vulnerable groups, particularly refugees, face greater risk due to the dire conditions at camps, making them potential hot spots for a pandemic. Displaced Syrians top the list of these vulnerable groups. While nongovernmental organizations (NGOs), the U.N. and Turkish institutions and relief organizations continue to strive to meet the needs of the many civilians in the war-torn country, the aid is insufficient in the face of the coronavirus threat.

Apart from the threat of COVID-19, the camps are frequently plagued by fires that spread easily among the crowded tents and cost the lives of many.