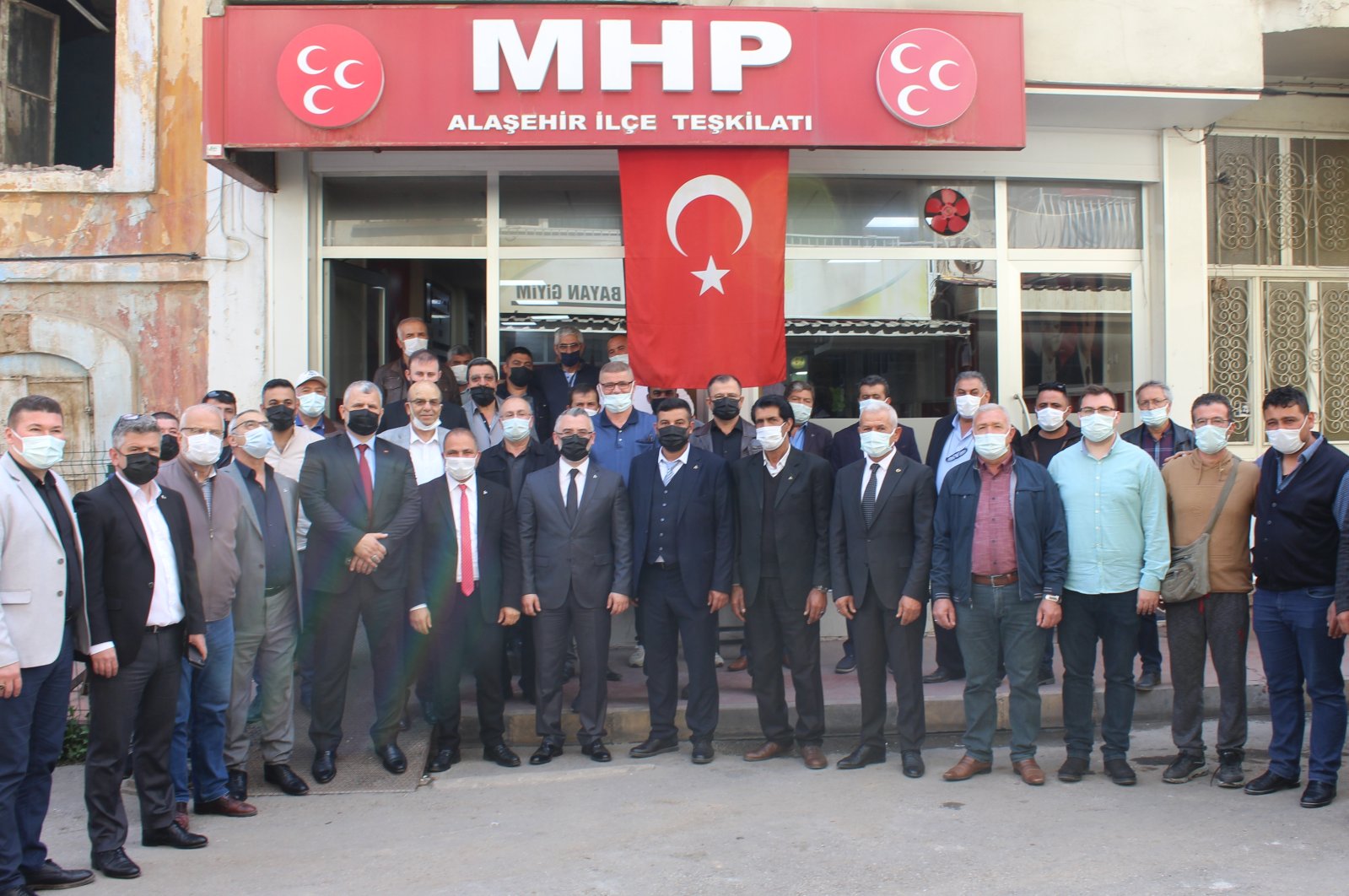 The local head and 14 other members of the Good Party (IP) in the Alaşehir district of western Manisa province resigned and joined the Nationalist Movement Party (MHP) on Wednesday.

Ali Uçak, Central Executive Committee (MYK) member of MHP, welcomed the new members of the party in a ceremony at the district headquarters in Alaşehir.

“I would like to thank our new members for noticing the wrong policies of their former party and returning to MHP,” Uçak said.

For his part, resigned local head Cihan Yıldırım said that the IP exploits many notions such as Kemalism and sees everything as permissible for the sake of gaining power.

In the past, MHP head Devlet Bahçeli has called on IP leader Meral Akşener to return to the MHP several times.

The IP is an offshoot of the nationalist MHP formed when a group of party members split from the MHP due to Bahçeli's cooperation with the ruling Justice and Development Party (AK Party). Having failed to dislodge Bahçeli in a heated judicial process, MHP dissidents left the party in 2016 and established the IP under Akşener's leadership in October 2017.