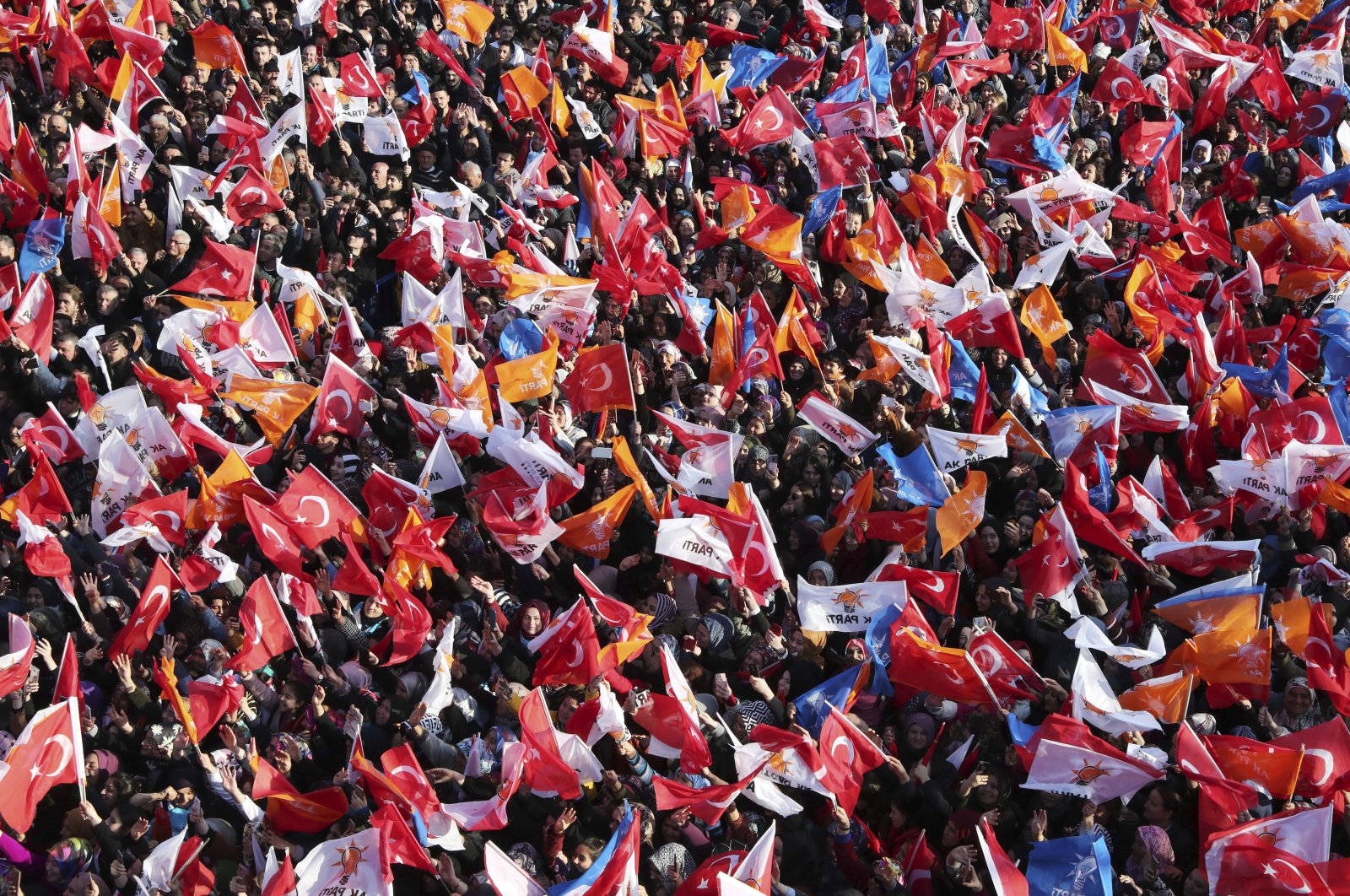 The People’s Alliance led by the ruling Justice and Development Party (AK Party) and the Nationalist Movement Party (MHP) would gain 53.3% of the votes, while some opposition parties would fail to pass the threshold if elections took place today, according to the results of a survey conducted by Areda Survey.

The ruling party would obtain 41.7%, while its partner MHP would get 11.6% of the votes, according to the survey.

The survey asked, “Which party would you vote for if elections were held this Sunday.”

The Nation Alliance, consisting of the CHP, HDP and IP, would get 32.9% in total.

The survey results showed that the pro-PKK Peoples’ Democratic Party (HDP) would gain 9.3%, the Felicity Party (SP) would get 0.8%, the Democracy and Progress Party (DEVA) 1.8% and the Future Party (GP) would get 0.4% of the votes, all under the country’s election threshold of 10%.

DEVA was formed by former Deputy Prime Minister Ali Babacan eight months after his resignation from the AK Party. One of the founding members of the AK Party, Babacan also served as the economy and then, foreign minister before becoming deputy prime minister, a post he held from 2009 to 2015. GP, on the other hand, was formed by another AK Party dissident, former Prime Minister Ahmet Davutoğlu in December 2019.

Turkish officials, including President Recep Tayyip Erdoğan, have dismissed the opposition’s requests for snap elections and said the elections would be held on the scheduled date on 2023, the centenary of the Republic of Turkey.

The elected president’s term of office is five years, and a person may be elected as the president for two terms at most.

Turkish voters narrowly endorsed an executive presidency in the April 16, 2017, referendum with 51.4% of the votes. The official transition to the new system took place when Erdoğan took his oath as president after the June 24, 2018, general elections, where he won 52.6% of the votes.