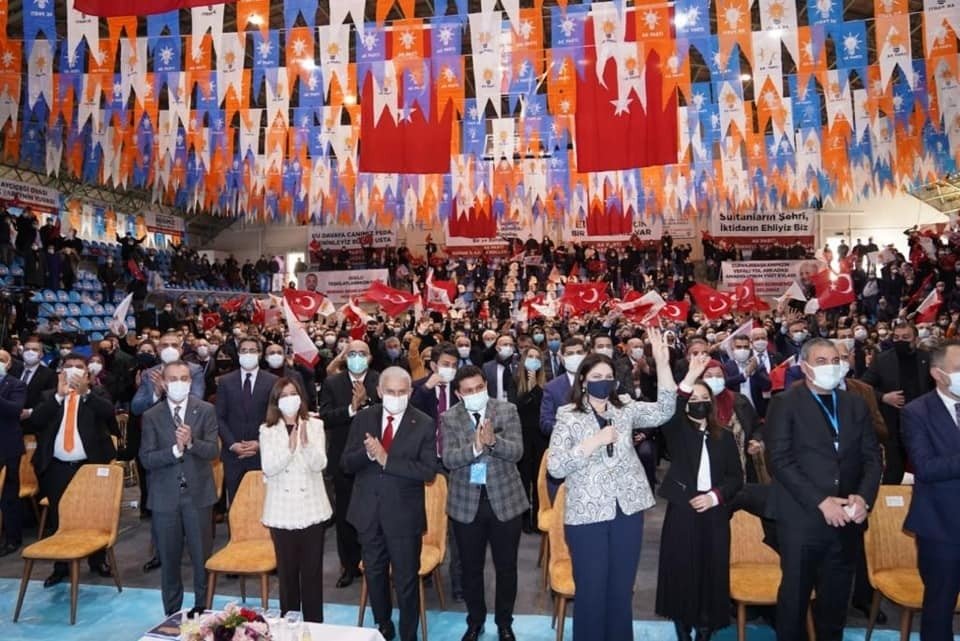 The ruling Justice and Development Party (AK Party) has been revamping its organizational structures following dozens of conventions held across Turkey, as it broke its own party member record.

The party has been busy recruiting and restructuring, having completed a total of 934 districts and 42 provincial conventions. It has overhauled 70% of its structure in a bid to achieve its 2023 goals and plans to hold conventions in a further 39 provinces in the upcoming months.

The party aims to reach 15 million members by 2023, according to Erkan Kandemir, deputy chairperson responsible for party organizations.

The conventions in large metropolises, including Istanbul, Ankara and Izmir, are expected to take place in February.

Meanwhile, President Recep Tayyip Erdoğan has told the party's provincial chairpersons to inform citizens, particularly the youth, on investments and has urged the officials to include all members who had previously worked for the party.

The president has been attending conventions via videoconference due to the COVID-19 pandemic.

Turkey is expected to hold presidential elections in June 2023, which according to Erdoğan, the party plans to win by enhancing its structure.