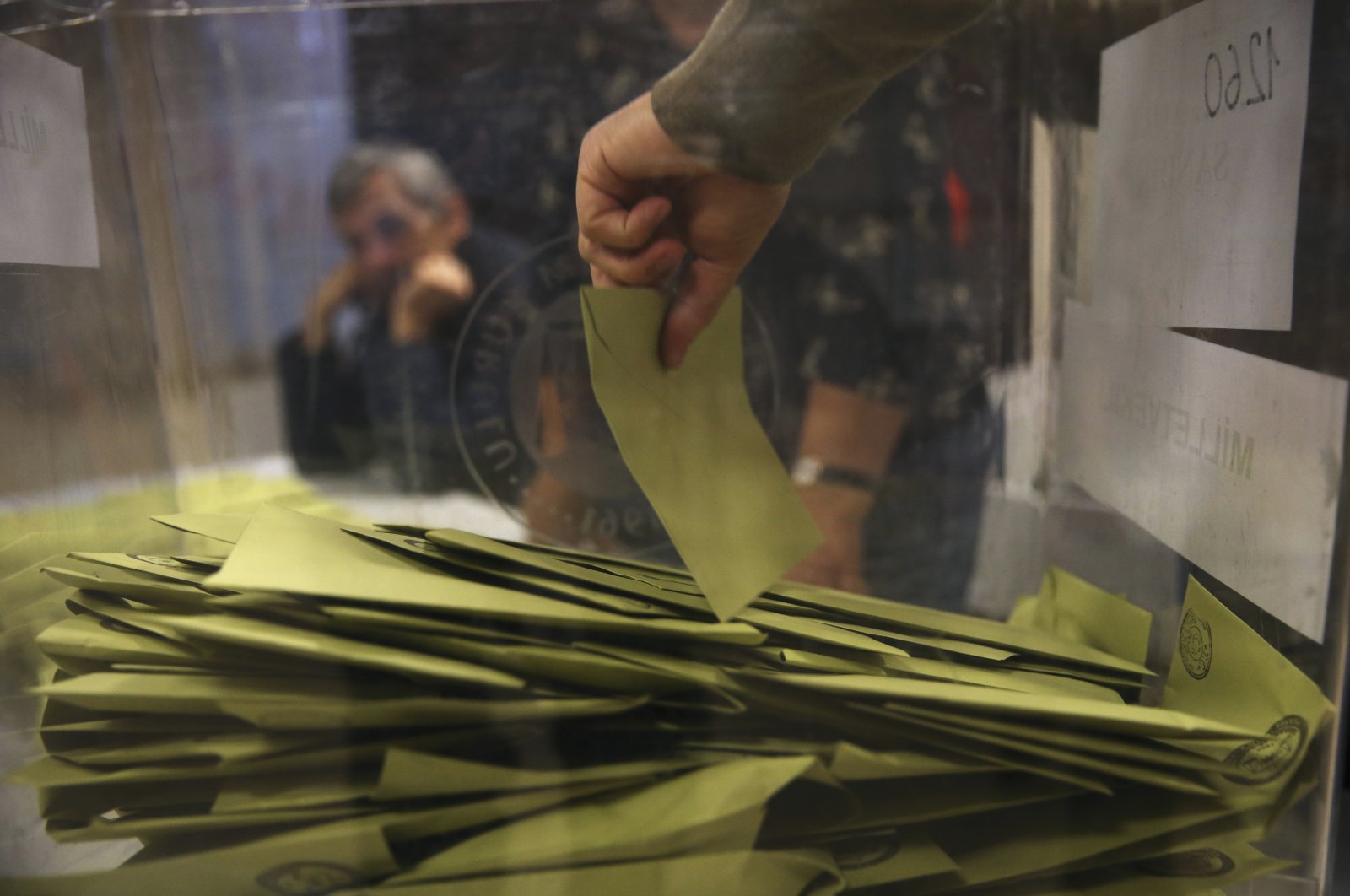 A Turkish election official removes the voting envelopes from a ballot box shortly after the polling stations closed at the end of the election day, in Istanbul, Turkey, Nov. 1, 2015. (AP File Photo)
by Zübeyde Yalçın Sep 20, 2021 1:01 pm
RECOMMENDED

The ruling Justice and Development Party (AK Party) and its alliance partner, the Nationalist Movement Party (MHP), are working on an election model after the latter refused to agree on a single-member district.

The two parties are currently considering the introduction of a model with 12 representatives in constituencies in metropolitan cities.

The second option on the table is to have separate polls to elect local mukhtars rather than holding them on the same day as local elections.

Even though the two parties seemed to agree on having separate elections, the mukhtars opposed holding elections on a different date.

The ruling AK Party is preparing a bill with amendments to the law on political parties and elections to ensure they are more compatible with the presidential government system.

The new law is designed to make critical changes to Turkey's election threshold, the lawmakers' ability to change parties, requirements to participate in elections and an overhaul of the overall election system, among several other things. Accordingly, reducing the election threshold and increasing the number of electoral areas are among the planned changes to the electoral law.

The current 10% threshold and the highest averages method – known as the D'Hondt method – were introduced with the 1982 Constitution that was adopted in a referendum after the 1980 military coup. Even though the AK Party promised several times to remove the threshold during the last decade, no steps had been taken so far on the issue.