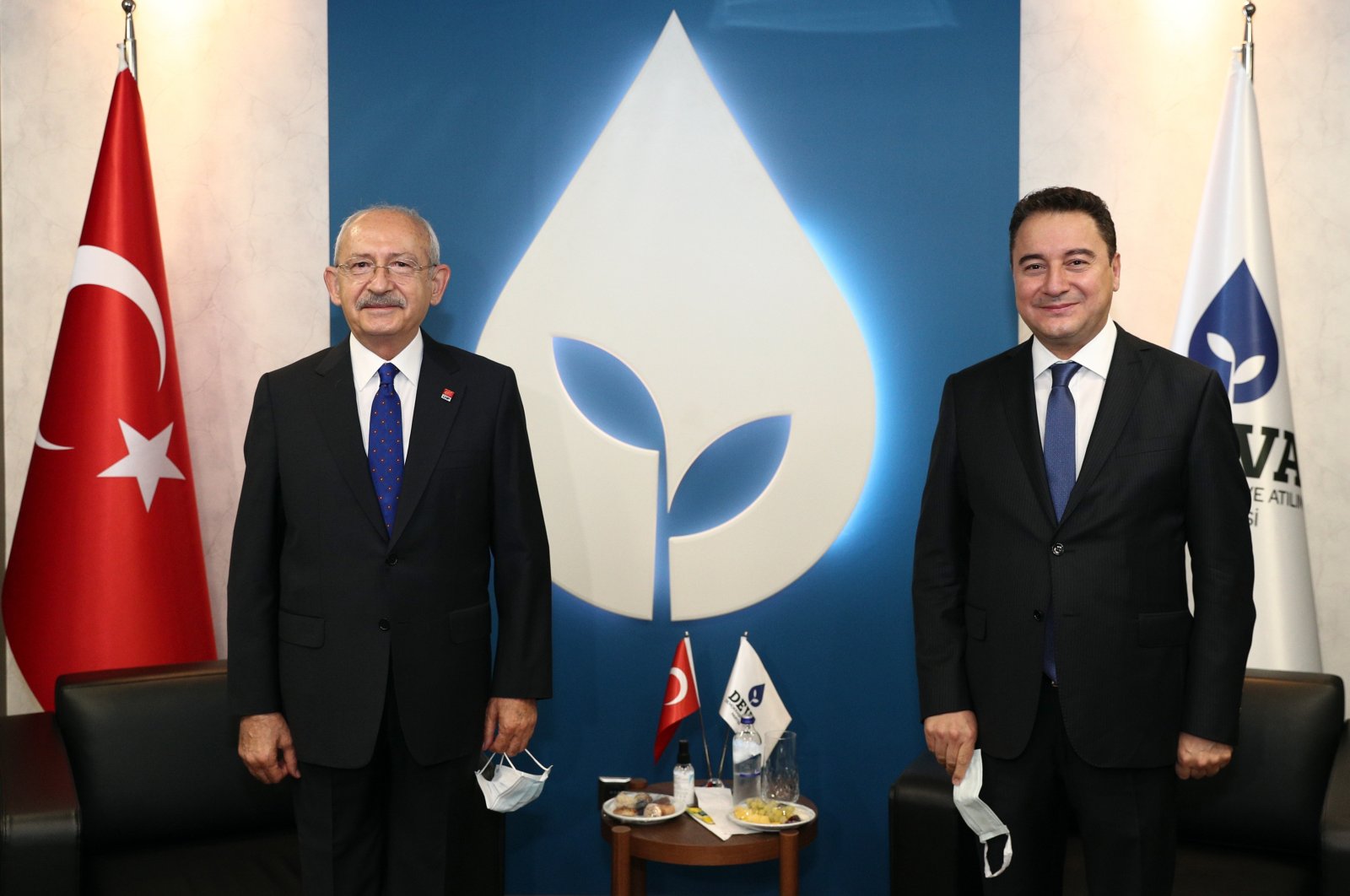 Ali Babacan (R), the former deputy prime minister and the head of the Democracy and Progress Party (DEVA), and Kemal Kılıçdaroğlu, the head of the main opposition Republican People's Party (CHP), pose during a meeting in Ankara, Turkey, Oct. 8, 2020. (AA Photo)
by DAILY SABAH May 10, 2021 2:54 pm
RECOMMENDED

Ali Babacan, the former deputy prime minister and the head of the Democracy and Progress Party (DEVA), on Sunday admitted that he worked with the opposition for former President Abdullah Gül's candidacy for the presidential elections in 2018 while Babacan was still a member of the ruling Justice and Development Party (AK Party).

Responding to reporters' questions on the main opposition Republican People's Party (CHP) linked Halk TV, Babacan said that he was at the table during the opposition efforts to convince Gül to be a joint presidential candidate against President Recep Tayyip Erdoğan.

"There was no joint candidate in 2018. Turkey has lost five years. I was at the table during a proposal made to Abdullah Gül. If he became the candidate, he would win."

Gül was mooted as a potential joint opposition candidate in the 2018 Turkish presidential election, initially supported by the CHP and the Felicity Party (SP). Gül announced that he had taken his name out of consideration due to the lack of universal opposition backing.

In 2018, Babacan was still a member of the ruling AK Party. Babacan's collaboration with the opposition against his own party's candidate has drawn a strong reaction from AK Party supporters on social media.

Turkish voters narrowly endorsed an executive presidency in the April 16, 2017 referendum with 51.4% of the votes. The official transition to the new system took place when Erdoğan took oath as president after the June 24, 2018, general elections, where he won 52.6% of the votes.

One of the founding members of the AK Party, which has ruled Turkey since 2002, Babacan served as the economy and then foreign minister before becoming deputy prime minister, a post he held from 2009 to 2015. Babacan announced in 2019 that he was resigning from the AK Party saying that there had been serious divergences between the principles he believes in and the AK Party's policies in recent years. Last year, he established the opposition DEVA.

Gül was also one of the founding members of the AK Party. He served as the 11th president of Turkey, in office from 2007 to 2014. He previously served for four months as prime minister from 2002 to 2003, and concurrently served as both deputy prime minister and as foreign minister between 2003 and 2007.