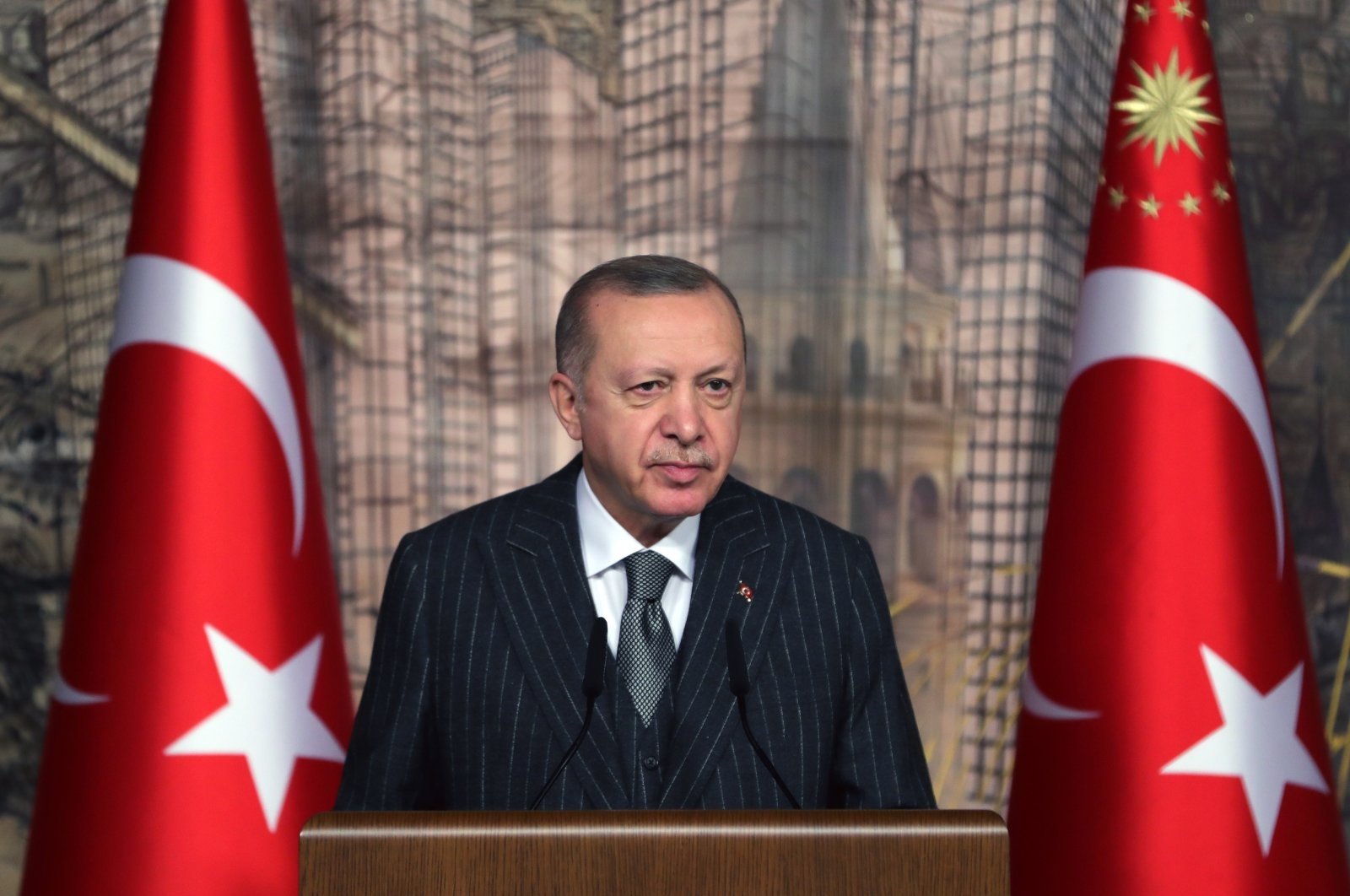 President Recep Tayyip Erdoğan dismissed the opposition’s calls for snap polls and said elections would be held as scheduled in 2023.

Speaking to the ruling Justice and Development Party’s (AK Party) provincial heads at a meeting at party headquarters in Ankara, Erdoğan said it is "primitive" to hold elections every 15 to 20 months.

“As the People’s Alliance, we will win the presidency and have a majority in Parliament and will further break our record in the 2023 June elections,” the president said.

Noting that the AK Party has won all elections since its foundation, Erdoğan said the party's success is rare among world democracies.

His remarks came in response to the main opposition Republican People’s Party (CHP)-led Nation Alliance’s demands to hold snap polls. The opposition alliance had also been requesting a return to the parliamentary system.

Turkish voters narrowly endorsed an executive presidency in the April 16, 2017 referendum with 51.4% of the votes in favor. The official transition to the new system took place when Erdoğan took the presidential oath of office in Parliament after the June 24, 2018, general elections, during which he won 52.6% of the votes.

Meanwhile, Erdoğan called on all party executives to reach out to the citizens and make the best use of their time until the elections.

"The only thing said by ignorant people, who do not understand the economy, is ‘early elections.' In fact, they're not prepared, they're just like mischievous students who don't study," Bahçeli, told his party's parliamentary group.

"I repeatedly say, there are no early elections, the elections will be held in June 2023," he stressed.

Bahçeli said that Turkey does not need early elections but rather "stability."

Those who want early elections are supporters of the politics of defeat, he said.

Under the Constitution, Turkey's next elections are due to be held in June 2023.

Bahçeli said that the party "clearly" knows about the Turkish people's economic troubles, some of which stem from rising exchange rates.

"But the policies followed (by the government) are correct, everything will be fine soon," Bahçeli said.

The independence of the Central Bank of the Republic of Turkey (CBRT) – whose recent interest rate cuts were followed by rising exchange rates – should be discussed within the context of Turkey's presidential system, he said.

"At this stage, it is a necessity of both democracy and the national will to bring the independence of the central bank into discussion within the scope of the new (presidential) system," he said, referring to the system Turkey adopted in 2018 after a referendum the previous year.

Turkey's opposition has accused the president of interfering with the central bank's independence, a charge he has consistently denied.