Ex-HDP chair calls on Turkey's opposition to cooperate for election 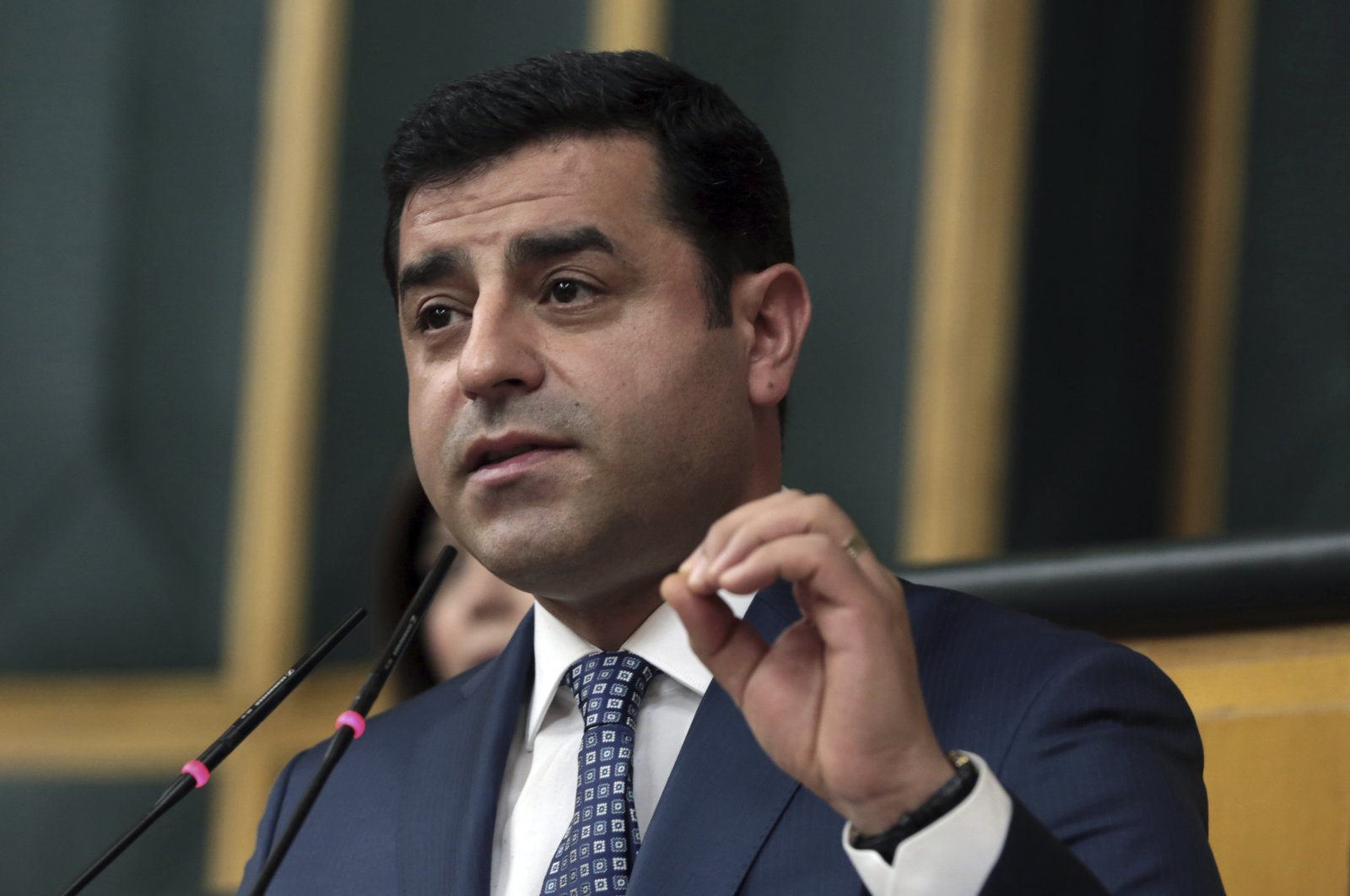 The jailed former co-chair of the pro-PKK Peoples’ Democratic Party (HDP), Selahattin Demirtaş, called on opposition parties to take his party seriously ahead of the 2023 presidential elections.

In a column, the former pro-PKK leader said the opposition does not need to wait until the elections to cooperate with the HDP.

He argued that the opposition needs to sign a protocol for the public to see ahead of the elections to ensure post-election confidence.

The Republican People’s Party (CHP) has refrained from officially including the HDP in its electoral alliance amid fears of a possible backlash from its secular-nationalist voter base.

However, HDP co-Chair Pervin Buldan told a local news outlet last year that the HDP voter base is disturbed about cooperating with parties that are scared to openly declare their collaboration with the HDP.

“They consistently tell us that the alliance we formed in the June 23 elections should’ve been more transparent,” Buldan said.

She confessed that the party had especially cooperated with the CHP and the Good Party (IP) to make sure that the ruling Justice and Development Party (AK Party) did not win the polls in Istanbul.

“For the sake of winning the elections in Istanbul, and to explain how the HDP’s existence affects the outcome, we accepted the alliance offer once,” Buldan said, adding that her party will not accept such alliances from now on if the CHP and IP do not openly announce their cooperation.

The HDP announced previously that it would not nominate mayoral candidates in seven major municipalities, including Istanbul, Izmir and Ankara, in the municipal elections, which further proved claims that they were cooperating with the Nation Alliance.

The Turkish government has long accused the HDP of close links with the PKK. The HDP is known for its support of autonomy in regions where large Kurdish Turkish populations live. Also, some of its members have been charged or accused of having links to the terrorist organization.

Demirtaş, the former leader and presidential candidate of the HDP, has been in jail since 2016. He faces multiple trials, including his main case, in which he could be sentenced to 142 years if convicted on terrorism charges.

In his latest hearing, a court in the capital Ankara sentenced Demirtaş to two years and six months for making statements considered threatening against a prosecutor, the HDP said in a statement.