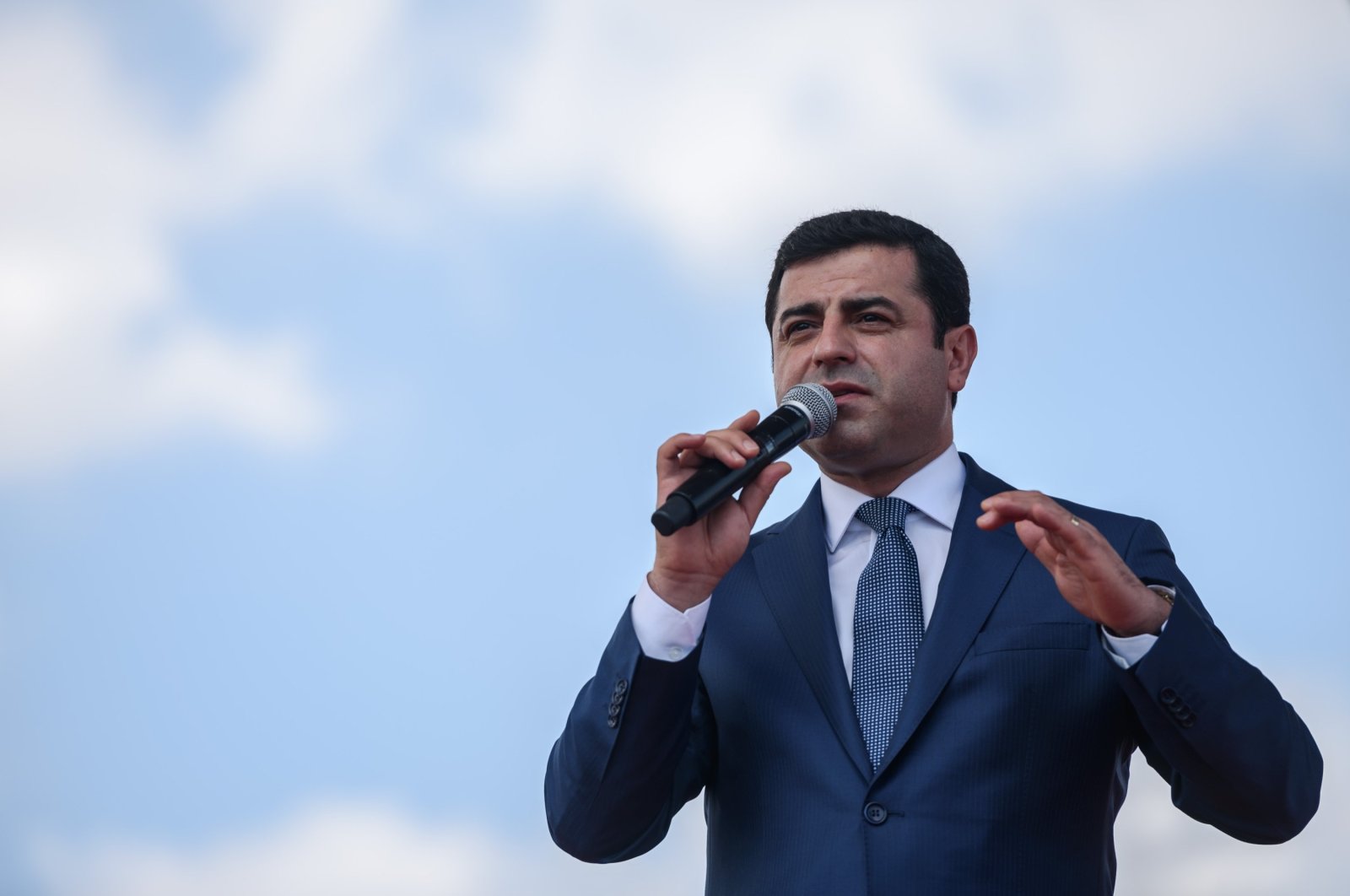 In this file photo, the then-co-chair of the pro-PKK HDP Selahattin Demirtaş delivers a speech in Istanbul during a rally on lawmakers' immunity, Istanbul, Turkey, June 5, 2016. (AFP Photo)
by Daily Sabah with AFP May 28, 2021 4:32 pm
RECOMMENDED

Demirtaş, the former leader and presidential candidate of the HDP, has been in jail since 2016. He faces multiple trials including his main case, in which he could be sentenced to 142 years if convicted on terrorism charges.

In his latest hearing, a court in the capital Ankara sentenced Demirtaş to two years and six months for making statements considered threatening against a prosecutor, the HDP said in a statement.

Demirtaş denies the charges as politically motivated. Before his conviction, he told the court on Friday that "no crime has been committed," according to a party transcript.

Demirtaş received a 3 1/2-year sentence earlier this year for insulting President Recep Tayyip Erdoğan and was convicted of disseminating terrorist propaganda in 2018.

The 48-year-old led the HDP to its first-ever appearance in Turkish Parliament in 2015 and challenged incumbent Erdoğan in the 2014 and 2018 presidential elections.

The European Court of Human Rights (ECtHR) in March this year urged the immediate release of Demirtaş, accusing Turkey of violating its previous rulings by failing to free him.

On the other hand, the chief public prosecutor of Turkey's Supreme Court of Appeals said in an indictment earlier this year, as he filed a lawsuit for the closure of the pro-PKK party, that there is no difference between the HDP and the PKK terrorist group.

Bekir Şahin, the chief public prosecutor of the Supreme Court of Appeals, in the indictment accuses HDP leaders and members of acting in a way that flouts the democratic and universal rules of law, colluding with the PKK and affiliated groups, and aiming to destroy and eliminate the indivisible integrity of the state with its country and nation.

The indictment accused the HDP of becoming the focal point of actions in violation of the state's "unbreakable unity," and that the HDP had an "active role in providing personnel" to the PKK. The prosecutor called for the HDP to be banned from all state financial support and for a political ban on its members, including its former leaders.