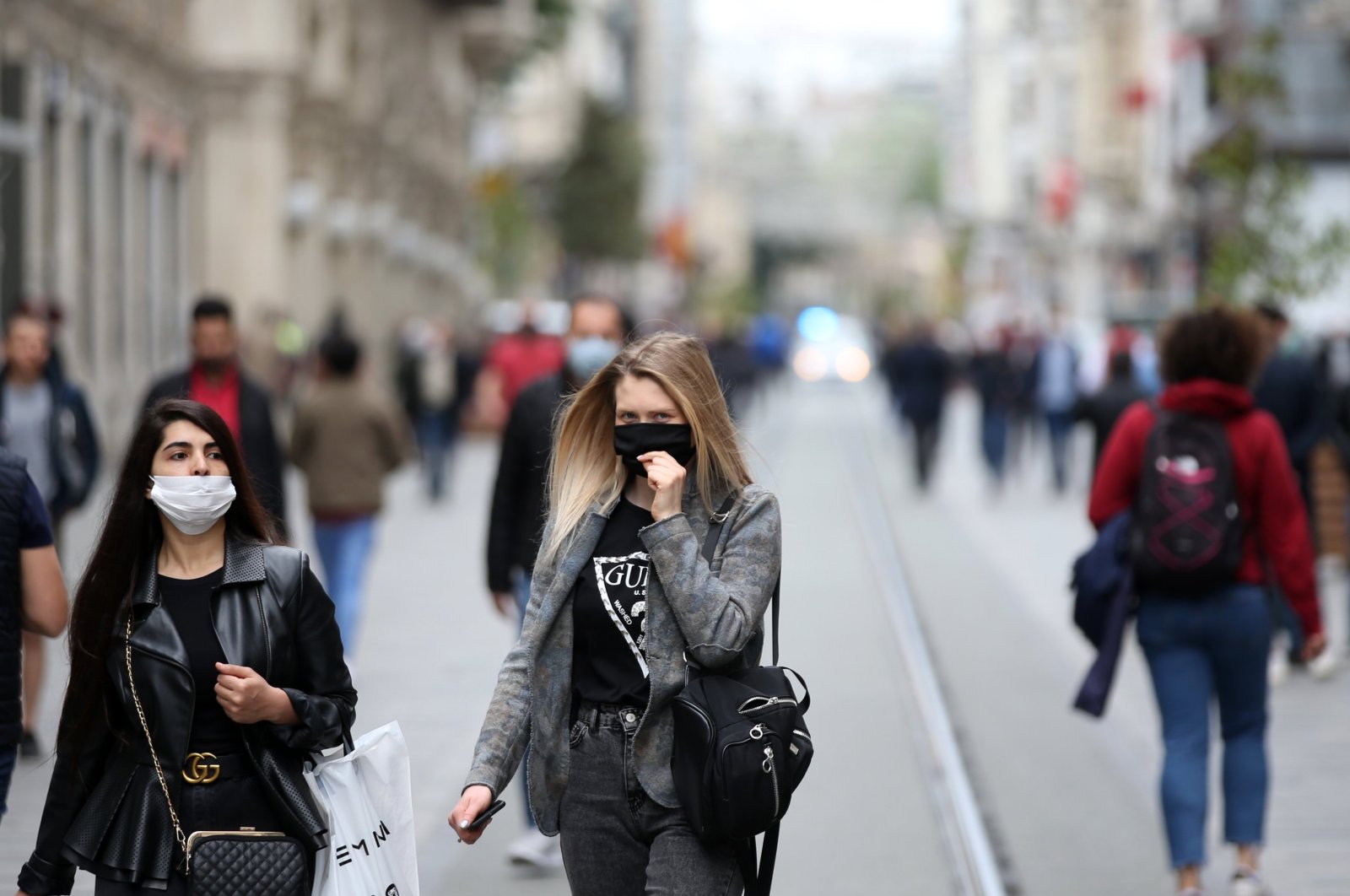 Being present in politics since the earliest days of the Turkish republic, women in Turkey still struggle to find equality in the political realm despite remarkable achievements that have taken place over the past few decades.

According to a "Women in Politics" map by the United Nations Entity for Gender Equality and the Empowerment of Women, widely known as U.N. Women, published last year, women's representation in politics and the political decision-making process, in general, is increasing around the world, and yet, still, three-quarters of parliamentary seats are still occupied by men. Turkey receives its fair share from this trend by ranking 122nd among 193 countries when it comes to the percentage of women parliamentarians. The country ranked 138th among 190 countries with regard to the percentage of women ministers following the trend again. Despite these low percentages and poor rankings, it would be unfair to overlook the progress that Turkish women have made when it comes to being represented and visible in politics, albeit the reached state is far from the desired outcome.

As far as Turkish history is concerned, it is not rare to see women in administrative positions. For instance, back in the Hunnic Empire, it is known that men and women (Han/Khan and Hatun/Khatun) co-administered the empire, sharing the responsibilities of the management. In Turkey's predecessor, Ottoman Empire, women were unable to hold political posts. However, they were quite impactful in the country's politics, holding a major political power in their hands, especially during the era usually referred to as the Sultanate of Women. When it comes to the Turkish republic, women's attempts to be present in politics started in the very early days as Nezihe Muhiddin found the first women's party in 1923, even though it was never officially legalized. Muhiddin's stance paved the way for a strong women's rights movement, which, combined with the founder Mustafa Kemal Atatürk's reformist ideology, paved the way for legalizing equality between men and women in terms of their rights in 1926. In 1930, Turkish women acquired the right to vote in the local polls and in 1934, they gained universal suffrage at a date that is relatively quite progressive compared to most countries in the world.

Since then, women's participation in politics has been increasing continuously. So far, two women's parties have been founded in Turkey, the National Women's Party of Turkey in 1972 and the Women's Party in 2014. The first woman to become the party head in the country was Behice Boran, who was the leader of the Workers Party of Turkey (TIP) back in the 1970s. Since then, 13 more women have headed various political parties in Turkey. Currently, there are two female party leaders in the country: Good Party (IP) head Meral Akşener and the co-chairperson of the Peoples' Democratic Party (HDP), Pervil Buldan.

The first female parliamentarians of Turkey were elected back in the 1935 general polls. Since then, the number of female deputies in the Turkish Parliament had an imbalanced run up until the 2000s. Especially in the 1950s and 1960s, the number of female deputies dropped to three. After the 1999 elections, in which 22 women were elected to Parliament, the number mostly continued to increase, reaching 103 in the latest polls, which equals slightly more than 17% of the overall number of parliamentarians.

Despite the relatively high number of female deputies, so far, Tansu Çiller was the first and only female prime minister of the country, who was elected back in 1993 and served in the post for three years.

One of the challenges that the women in Turkish politics face is the fact that they are under constant criticism over not only their political stances but also over their womanhood. The criticism ranges from that related to women's appearance to their survival strategies in a patriarchal realm. One of the latest series of sexist statements against women in Turkish politics along with the wives and daughters of politicians took place last year when they became targets of misogynist attacks on social media.

Although women in politics shamefully got used to receiving backlash based on their gender rather than their actions, especially on social media, the recent intensity of such incidents with repeated attacks on women from different political movements has raised concerns in the country regarding toxic masculinity, to the point of regulations being placed on social media to curb the onslaught. These recent attacks on women in politics started with Başak Demirtaş, the wife of former co-chairperson of the HDP, Selahattin Demirtaş, who is currently imprisoned on terrorism charges. A sexist insult made by a fake Twitter user against Demirtaş caused a domino effect in Turkish politics. Although there have been a series of condemnations from all sides of the spectrum, including from the justice minister himself, the attacks against the women in politics continued. Akşener, and the ruling Justice and Development Party's (AK Party) group deputy chair, Özlem Zengin, were among the next targets insulted based on their gender. The last stroke was, however, against President Recep Tayyip Erdoğan’s daughter Esra Albayrak, who was subjected to a sexist attack just after giving birth to her fourth child. The attacks against all these women included sexual innuendos, insults targeting their femininity, and comments on physical appearances, even to the point of objectifying how they sound, as well as attempting to insult their family by insulting them.

Revealing how far people can go when it comes to targeting female politicians and the wives and daughters of politicians, these attacks drew Turkish society’s attention to the issue. Apart from their main common characteristic of being women, all of these aforementioned victims come from different backgrounds, ideologies, societal groups and political movements, showing that rather than one group or another, society, in general, has a problem with women in politics.

When it comes to rhetoric and party codes, the political parties in Turkey usually have a quite welcoming and encouraging stance on women's involvement in politics. For instance, AK Party's organizational structure has branched out into every city of Turkey, through which it has organized its local branches, and each branch has its separate women and youth branches as well, which are independent in their internal matters but connected to the main branches in external matters. In Istanbul alone, with 960 neighborhoods and 39 districts, the party has more than 9,000 female members. The party puts a special priority on engaging women in politics, especially during the election periods, urging their female members to visit door to door and create a dialogue with other women in an attempt to increase support for the party.

The main opposition Republican People's Party (CHP), also have their own women's branch that is connected to the headquarters. The towns in the cities similarly also have their own branches and women's branches. The main duties of the CHP's women's branch are to conduct activities that address the problems of women in Turkish society and also have the responsibility to introduce the party to the public to gain public favor, resulting in an election win. The party also has a 33% quota for women in its code to encourage women's participation. Both parties have a remarkable presence of female deputies in Parliament. Akşener's IP, however, only has three female parliamentarians out of 43, despite initially nominating 134 female candidates in the general polls. The Nationalist Movement Party (MHP), on the other hand, does not have a women's branch, which distinguishes itself from other parties, and only has four female parliamentarians. The HDP is the only party with the policy to nominate a female candidate for each male candidate, which means the party has a 37% female representation rate in Parliament.