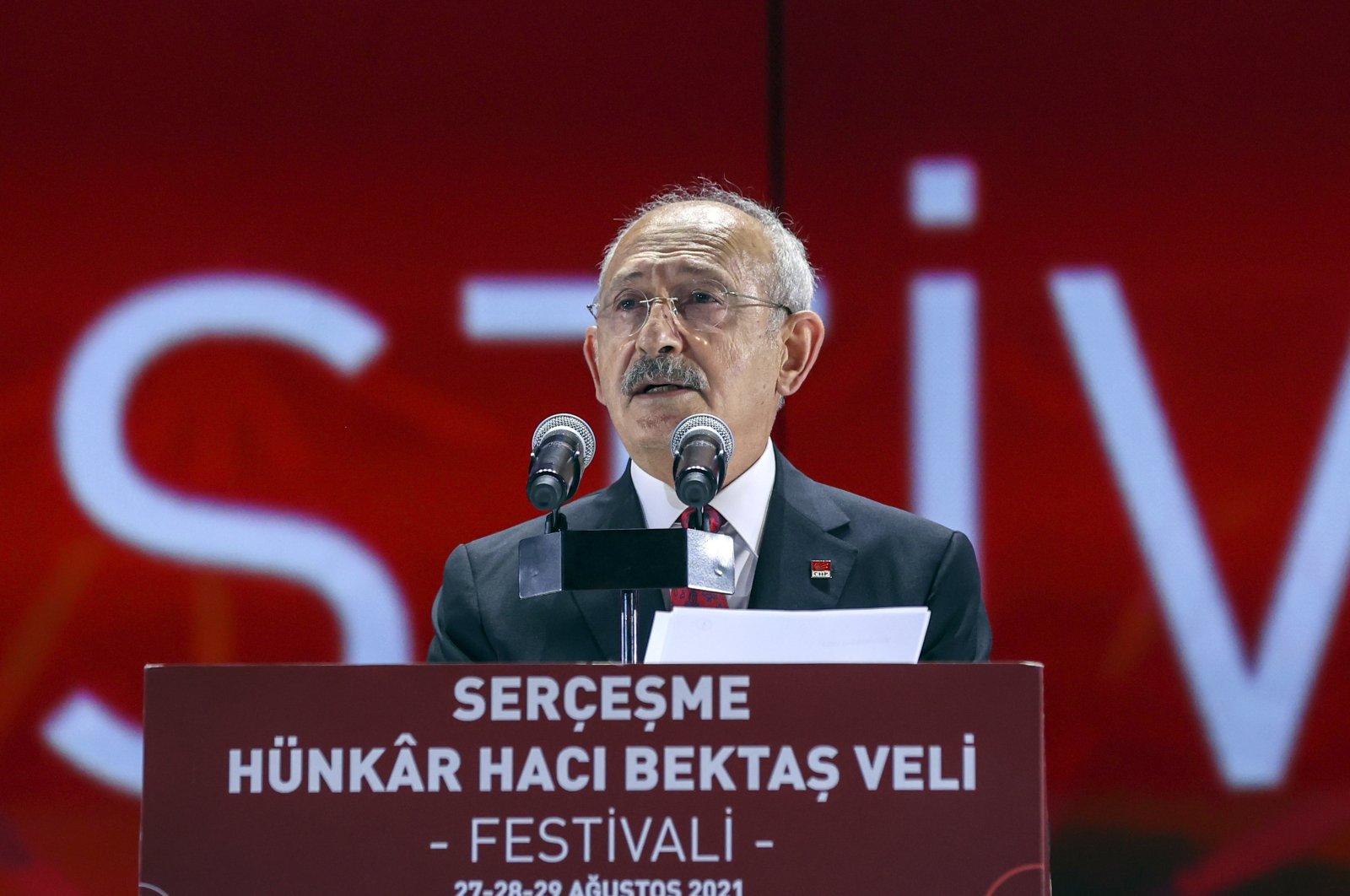 The opposition-led Nation Alliance may have more than one candidate for the presidential elections, the main opposition Republican People's Party (CHP) Chair Kemal Kılıçdaroğlu said Wednesday.

Speaking in a live televised interview with Fox TV, on the question of whether he will be a presidential candidate, Kılıçdaroğlu stated that it is wrong to reduce the presidency to one person and that rules and principles should be set first.

"The president will be an honorable man, he will not discriminate among citizens, he will account for every penny spent on the nation, he will have self-control, and he will not say, 'I am now a leader, I will not pass to a strengthened Parliamentary System' by using the great powers he has acquired. He will be at peace with all countries, he will account for every penny of his country, and he will be very sensitive about corruption. The person who becomes the president will protect the institutions of the state. The presidential candidate must know the state, a person who does not know the state starts to falter when he sits in the presidency seat," he said.

Kılıçdaroğlu also underlined that the main opposition's candidate will be determined by the Nation Alliance.

"We will come together and talk about our principles. Then we will say 'this is our candidate' or we may have more than one candidate. This is an early topic. If it is going to be discussed in Turkey, the criteria of the president should be discussed," he said.

Consisting of the center-left main opposition CHP, the right-wing Good Party (IP), conservative Felicity Party (SP) and the center-right Democrat Party (DP), the Nation Alliance has been focusing its policies on anti-Erdoğan rhetoric and has experienced internal problems mainly due to veiled cooperation with the pro-PKK Peoples’ Democratic Party (HDP).

While the opposition has been calling for snap polls to elect a new president, the ruling Justice and Development Party (AK Party) led People’s Alliance has opposed it, saying that the elections will be held on the designated date in 2023.