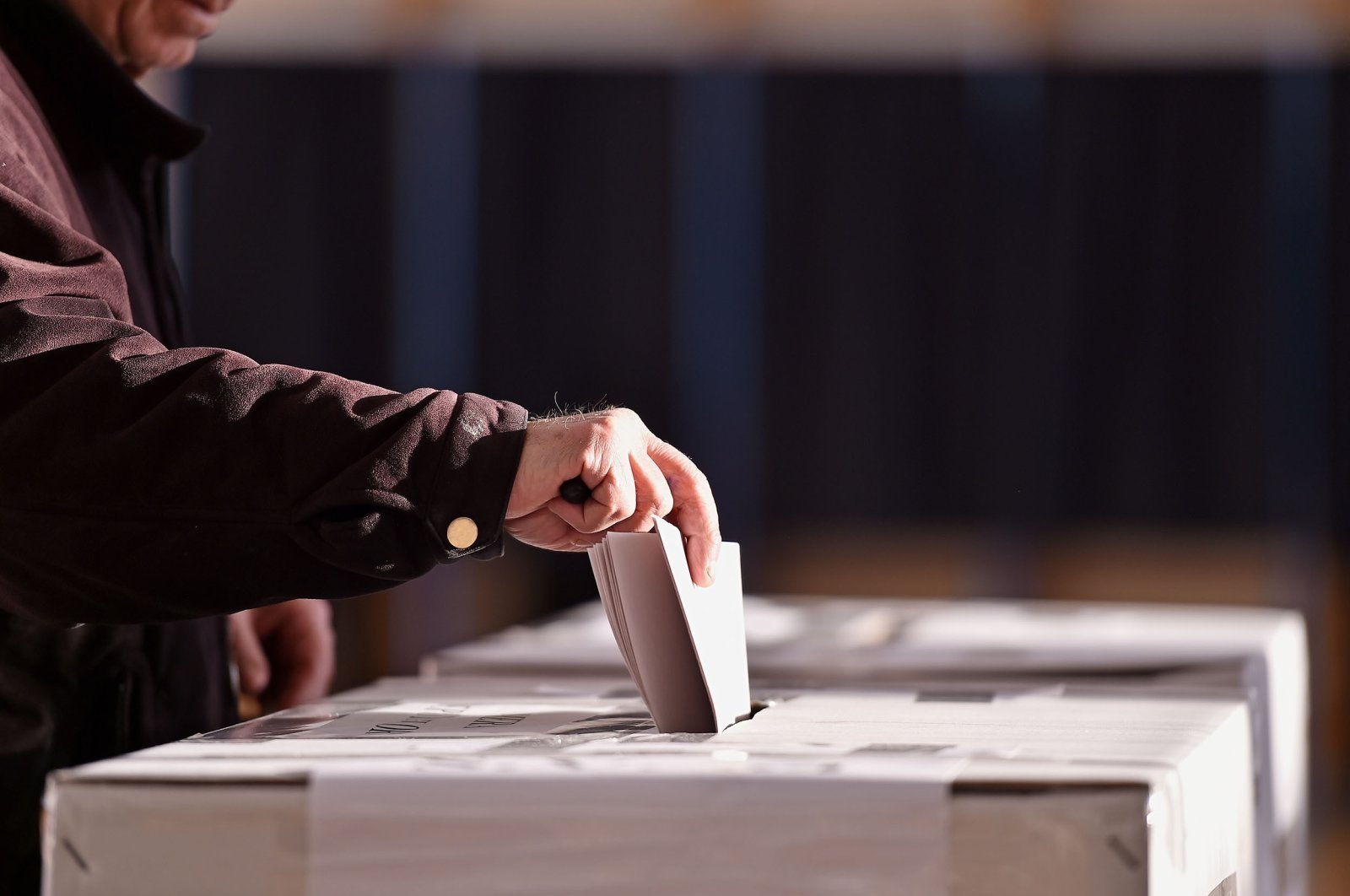 A person casting a vote into a ballot box during elections. (Shutterstock Photo)
by DAILY SABAH Nov 19, 2021 2:25 pm

A third alliance between the Peoples' Democratic Party (HDP), Turkish Workers' Party (TIP) and the Left Party is in the making, according to reports.

The Turkish daily Cumhuriyet on Friday reported that the new "left alliance" will enter the parliamentary elections separately but support the common presidential candidate chosen by the opposition.

It is speculated that along with the HDP, TIP and the Left Party, other left-wing parties such as the Labor Party (EMEP) and the Turkish Communist Party (TKP) could also join the alliance.

However, the TKP issued a statement refuting these claims. It said that the party continues to evaluate its stance for the upcoming elections and is holding “innumerable” talks within this scope.

“These are the negotiations between the EMEP, the Left Party and the TKP, which have matured and are continuing with a certain unity of order and understanding. These three parties, beyond all other contacts, brought the process to a certain point and created an honest, open, and sincere ground,” it said.

TIP Chairperson Erkan Baş told journalists earlier this month in Kocaeli province that it is not a party “closed to alliances” and that it was in talks with the HDP.

Saying that the party does not agree with the HDP on some issues, Baş stated that an alliance is possible if they come to an agreement on some basic approaches.