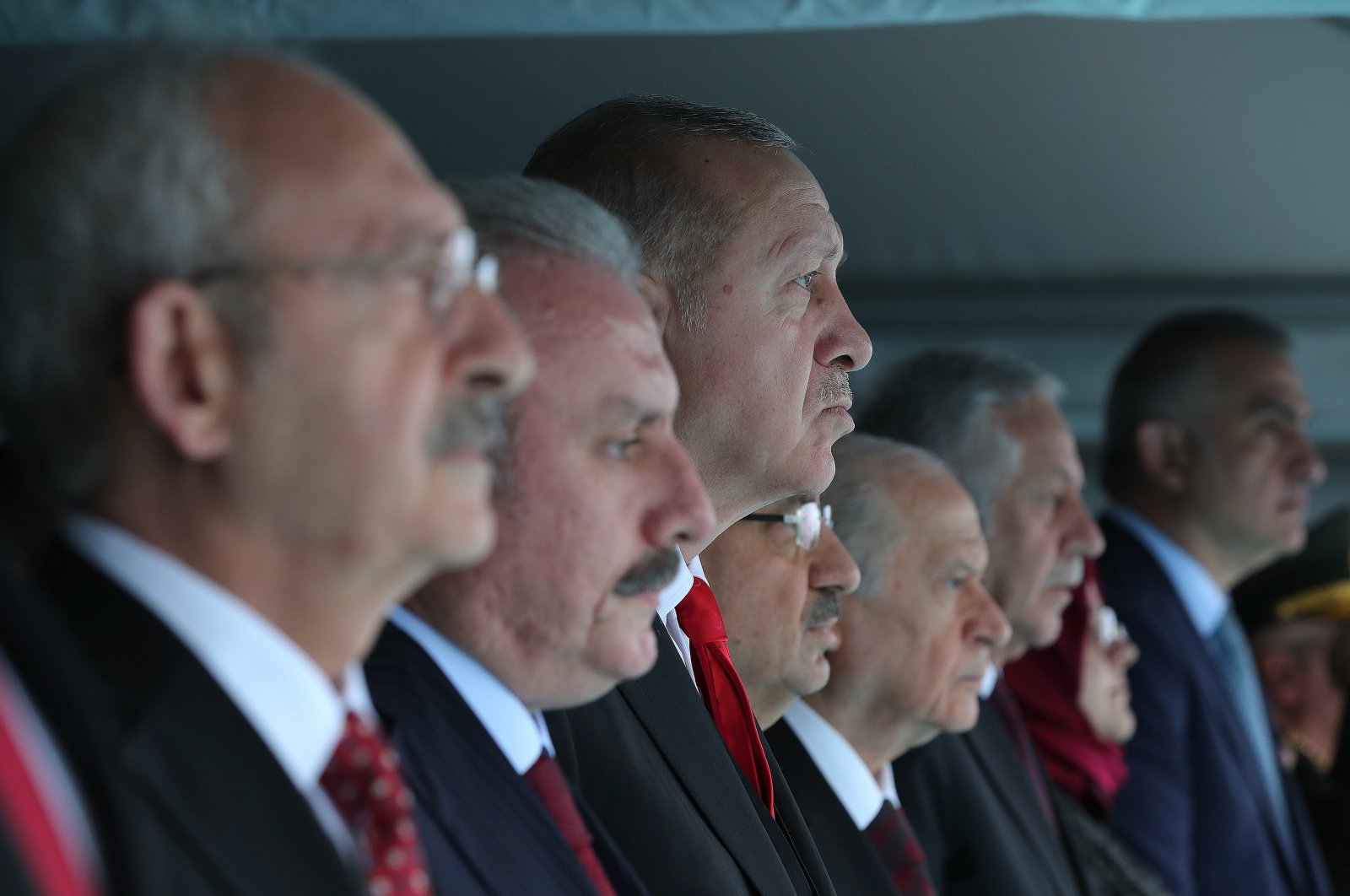 Regarding the CHP, the survey revealed that Kılıçdaroğlu’s popularity is on the decline among party supporters. Imamoğlu and Kılıçdaroğlu are the most well-liked members of the CHP, receiving 31.7% and 28.6% of the votes respectively.

In response to a question about who they would vote for in the final round of presidential elections if the two candidates were Erdoğan and former President Abdullah Gül, 43.5% said Erdoğan and 20.3% said Gül, while 36.1% said they were undecided.

In a similar comparison, when asked to choose between Erdoğan and Democracy and Progress Party (DEVA) Chairperson Ali Babacan, 45.1% said they would vote for Erdoğan, 20.9% said Babacan and 34.1% said they were on the fence.

In the scenario the CHP chooses Kılıçdaroğlu as its presidential candidate, the survey says Erdoğan receives 45.8% as opposed to the 43.9% of the votes he would receive if running against Imamoğlu, who would get 35.2%.

Some 90.6% of CHP supporters favor Imamoğlu as the party’s presidential candidate in the upcoming 2023 elections, according to the survey.

Meanwhile, although Demirtaş seemed to perform better than other politicians, Erdoğan will receive 51.8% of the vote if he runs against him in the presidential elections, while the former will only receive 17%, according to the survey. This is mainly due to the fact that some 29.7% of IP supporters plan to vote for Erdoğan if his opponent is Demirtaş, the survey said.

In the June 24, 2018, presidential elections, Erdoğan became the first democratically elected president of Turkey's new presidential system, receiving 52.4% of the votes. The presidential system, which was promoted by the Justice and Development Party (AK Party), was ratified in a referendum in 2017, with 51.4% of voters supporting the constitutional change.

CHP Chair Kemal Kılıçdaroğlu has been criticized for his failure to win any elections as the leader of Turkey’s main opposition party and for refusing to step down despite his poor performance over the last decade.

Dissidents have long criticized Kılıçdaroğlu's weak stance against the government, and certain figures, including Muharrem Ince, have slammed Kılıçdaroğlu for undermining the CHP’s fundamental republican values.