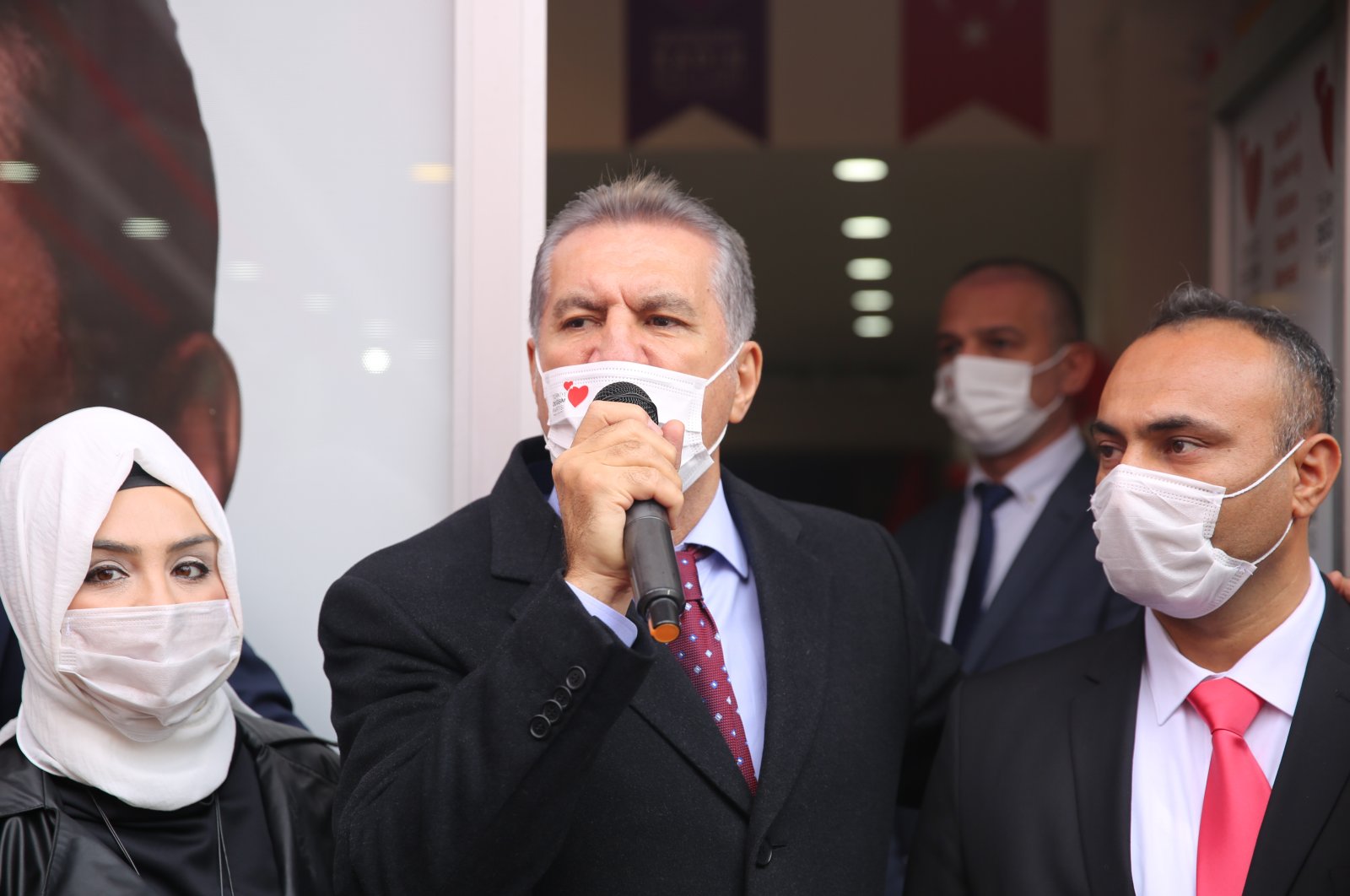 Party for Change in Turkey (TDP) Chairperson Mustafa Sarıgül said he will eventually win the elections, as he dismissed the possibility of forming an election alliance with the two major blocs.

Sarıgül, who formed the TDP after leaving the main opposition Republican People’s Party (CHP), attended the inauguration ceremony of the party office in Mardin province on Wednesday.

“I believe our people will make us the ruling party: Sooner or later, we will win the elections, never too late,” Sarıgül told fellow supporters.

Sarıgül formed the Movement for Change in Turkey before establishing the TDP.

Formerly a member of CHP, Sarıgül resigned twice from the party, with the latest resignation taking place in January 2019.

“I am offended by the administration of the CHP. I am reacting to their indecision, nontransparency and disloyalty,” Sarıgül said in the letter, adding that he was announcing his resignation with “regret.”

Sarıgül was the mayor of Şişli, one of Istanbul’s commercial centers, between 1999 and 2014. In 2004, he resigned from the party after a dispute with former CHP leader and Antalya Deputy Deniz Baykal and continued his political career as an independent until he joined the Democratic Left Party (DSP) in 2008. The rivalry with Baykal flared up again when Sarıgül was nominated as the CHP’s Istanbul Metropolitan Municipality candidate for the local elections at the time.

In 2005, when the rivalry between Baykal and Sarıgül was at its peak, a supporter of Baykal for Istanbul’s Bakırköy provincial mayor, Ateş Ünal Erzen, was attacked and beaten by Sarıgül at a CHP conference. After the attack, Erzen said that politics required common sense and responsibility, and he thought Sarıgül was mentally distressed.

A similar incident involving the recruitment of CHP lawmakers to form a parliamentary group happened when the Good Party (IP) convinced 15 CHP lawmakers to transfer to the party ahead of the June 24 general elections last year.