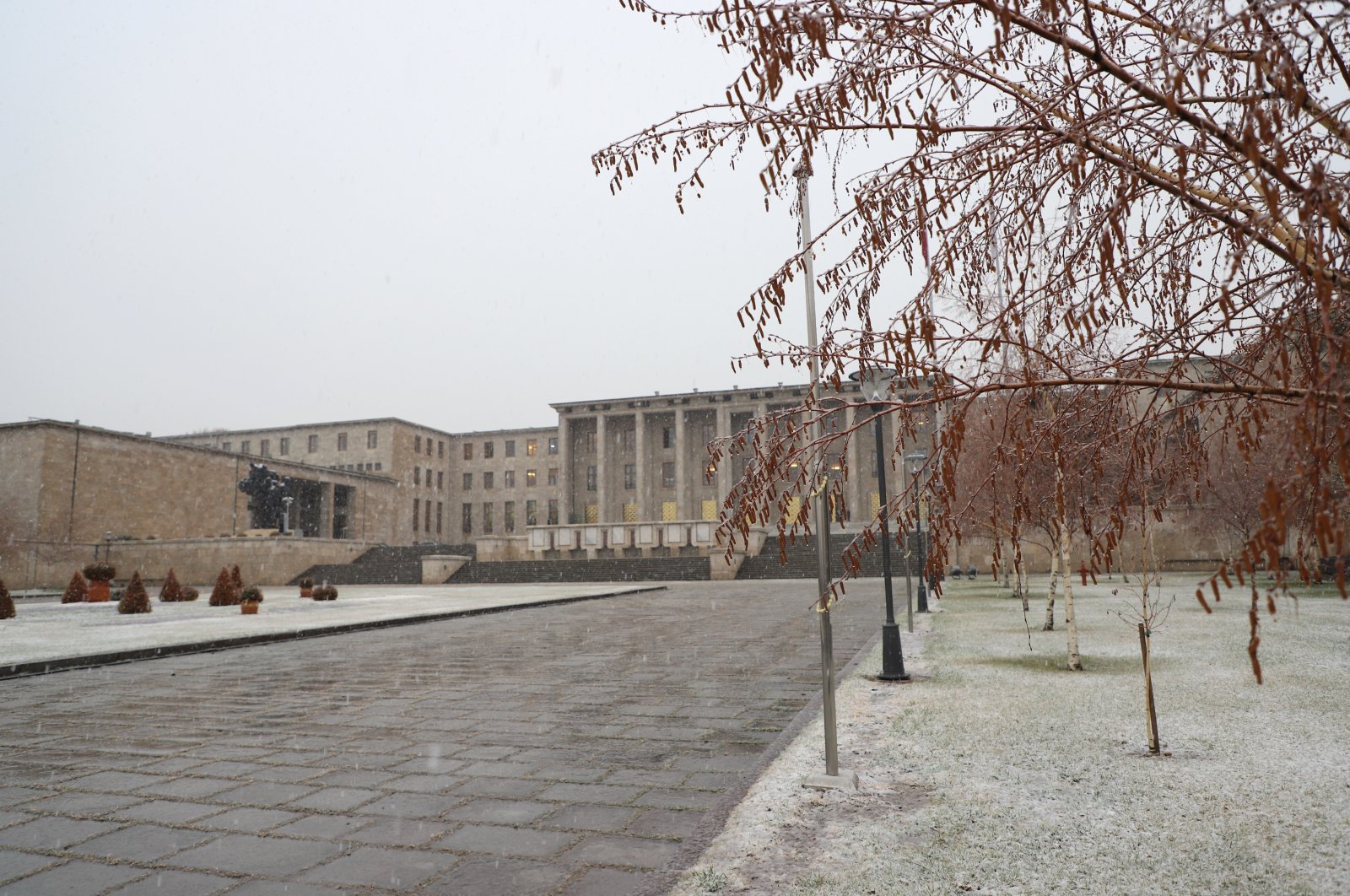 Presidential candidacy not on my agenda: Istanbul Mayor Imamoğlu

The Turkish political scene continues to evolve as the number of political parties surpassed 100 in 2020.

While the ruling Justice and Development Party (AK Party) increased its number of members during this process, the main opposition Republican People’s Party (CHP) suffered losses, especially in the past two months.

The total number of political parties in Turkey has increased to 107 in 2021, the Supreme Court of Appeals' prosecutor’s office, which keeps the account of political parties, stated Tuesday. Whereas only three parties were established in 2019, 27 joined the Turkish political scene in 2020. This number could increase even more since Muharrem Ince, a dissident member of the CHP, launched a new movement recently, called “Homeland in a Thousand Days,” which is expected to turn into an actual political party soon.

Most of the new parties can be summed up as those who splintered from the AK Party and those who splintered from the CHP, with the first group consisting of the Democracy and Progress Party (DEVA) led by former Deputy Prime Minister Ali Babacan and the Future Party (GP) led by former Prime Minister Ahmet Davutoğlu. The second group consists of former Şişli District Mayor Mustafa Sarıgül’s Party for Change in Turkey (TDP) and Ince’s movement.

Despite having dissidents forming their own political parties, the AK Party seems to have preserved its popularity within Turkish society as the party’s number of members continues to rise every day. Gaining 107,700 new members since November 2020, the AK Party’s members have reached 11,157,566, according to the latest numbers.

According to the head of the party, President Recep Tayyip Erdoğan, the AK Party has the largest number of party members in the world. The AK Party is Turkey's No. 1 party, the president said in March, "and not just in Turkey. This is valid for the whole world, too, since there are no other parties with so many members."

However, the AK Party’s ally in the People’s Alliance, the Nationalist Movement Party (MHP), has not enjoyed similar popularity as it lost 2,886 members in the past two months, and its total number of members fell to 490,131.

Still, when it comes to losing popularity, the MHP was no match for the main opposition as the CHP lost a remarkable number of members during the same period. The number of CHP members was announced as 1,250,635 as of Tuesday, falling from 1,252,905 in November.

A minor party that emerged after the 2018 parliamentary elections, the New Welfare Party (YRP) formed by Fatih Erbakan, son of late Prime Minister Necmettin Erbakan, passed the 100,000-member mark. According to the list, its number of members now stands at 102,841, while it was just 57,175 in February 2020. The party was formed by cadres that parted ways with the conservative Felicity Party (SP), which is known as the party of the National Vision movement that most founding members of the AK Party once adhered to.

The AK Party looks poised to continue to be Turkey’s leading political party in 2020, as is evident in its large membership as well as a series of election surveys over the past few months. Polls showed that the AK Party, which has been at Turkey's helm for almost two decades now, still prevails over its rivals, with the potential of receiving as much as 42.1% of the vote if an election were held today.

One of the recent election polls, conducted Dec. 5-15 in Turkey’s 81 provinces, was released by the Konsensus Research Company in the last week of December and found that the People’s Alliance between the AK Party and the MHP would receive 51.4% of the votes while the Nation Alliance of the CHP, the IP and the SP would receive 48.4% of the vote.

Similarly, GENAR Research Company’s November survey, which was conducted in 31 provinces with 3,000 participants, shows that the AK Party has the potential to receive 42.1% of the votes, while the CHP would get 22.8%. The survey revealed that the MHP and IP receive support that enables them to receive percentages just above the election threshold with 10.3% and 10.1%, respectively. The HDP, on the other hand, receives only 9.7% of the votes, according to the survey.

MetroPOLL Research Company, Avrasya Research Company and ORC also released their December survey results recently, which pointed at the AK Party being in the lead once again but with a vote total below 40%.

Presidential candidacy not on my agenda: Istanbul Mayor Imamoğlu