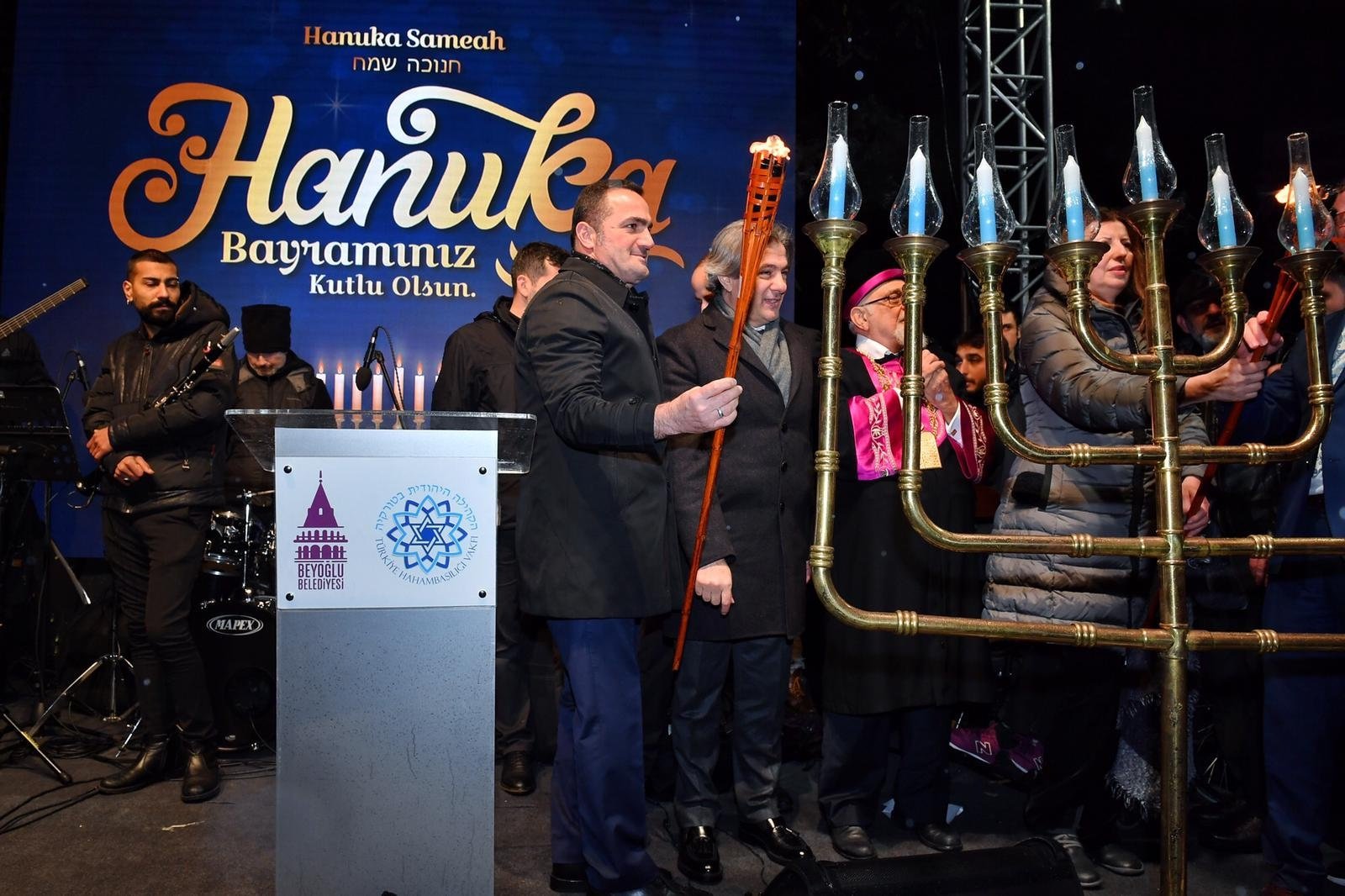 President Recep Tayyip Erdoğan highlighted the importance of the fight against discrimination as he extended greetings to Turkey’s Jewish community in a statement issued on the occasion of Hanukkah on Monday.

“We are taking all steps to ensure that we fulfill our historical responsibility to stand up against all types of discrimination, at a time when intolerance against different beliefs and identities are increasing across the world,” Erdoğan said.

Noting that Turkey has been home to many different cultures for thousands of years, Erdoğan said his administration sees it as a responsibility to stand up against discrimination based on religion, ethnicity and race and to ensure that all citizens live freely and securely.

Hanukkah is celebrated by Jews worldwide for eight days and nights and falls on the 25th day of the Jewish month of Kislev, which coincides with late November to late December on the secular calendar. This year, it starts on Thursday evening and ends on the evening of Dec. 18.

In Hebrew, Hanukkah means "dedication," as the holiday celebrates the rededication of the Temple of Jerusalem following the Jewish victory against the Seleucid monarchy in 165 B.C. Often called the Festival of Lights, the holiday is celebrated with the lighting of the menorah, traditional food, games and gifts.