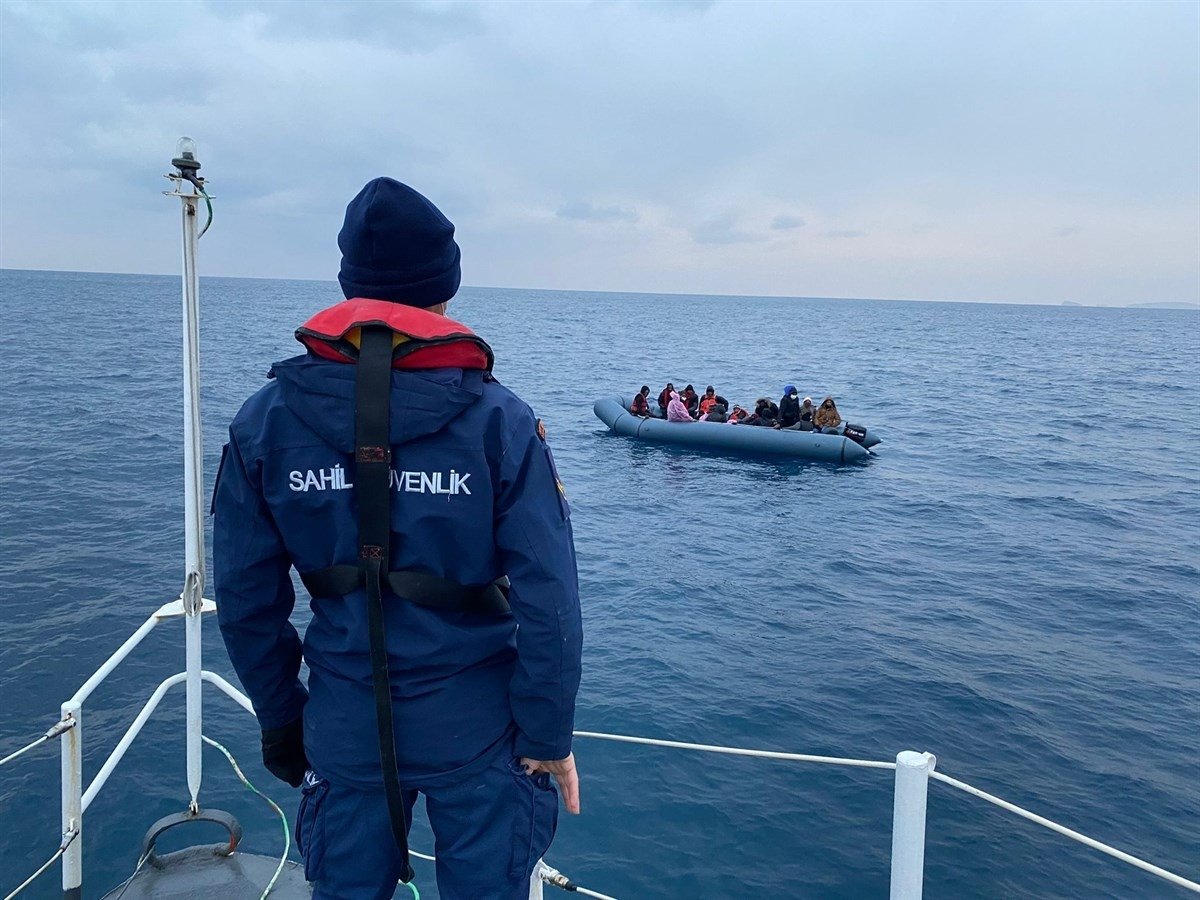 Twenty-two irregular migrants who were drifting in a dinghy off western Izmir province’s Menderes district were rescued by the Turkish Coast Guard Command.

According to a statement by the coast guard on Tuesday, the passengers lost control of the drifting dinghy due to an engine problem.

The migrants were referred to provincial migration offices and the suspected human traffickers were arrested.

Turkey's five Aegean provinces – Çanakkale, Balıkesir, Izmir, Muğla and Aydın – are prime spots for refugees seeking to leave Turkey for the European Union, with Greek islands within sight of the Turkish coast.

In recent years, hundreds of thousands have made short but perilous journeys across the Aegean to reach Northern and Western Europe in search of a better life.

Hundreds of people have died at sea as many boats carrying refugees often sink or capsize. The Turkish Coast Guard Command has rescued thousands of others.

Meanwhile, Greece said it will renew a request for European Union funds in 2022 to extend a border wall along its frontier with Turkey and promised to expand a powerful surveillance network aimed at stopping migrants entering the country.

The minister stated that a control center that will process data from newly constructed surveillance towers equipped with long-range cameras and multiple sensors will come into operation in early 2022.

“This automated system gives us many operational advantages and helps us monitor the entire border region,” the minister said.

So far, the wall and detection network helped prevent more than 143,000 illegal crossing attempts on the Greek-Turkish land border, he said, over eight months this year through October – a 45% increase from a year earlier.

The government denies repeated allegations by human rights and migrant advocacy groups that the border interceptions include illegal summary deportations known as pushbacks.