'Alliance of Civilizations could be peace project of 21st century' 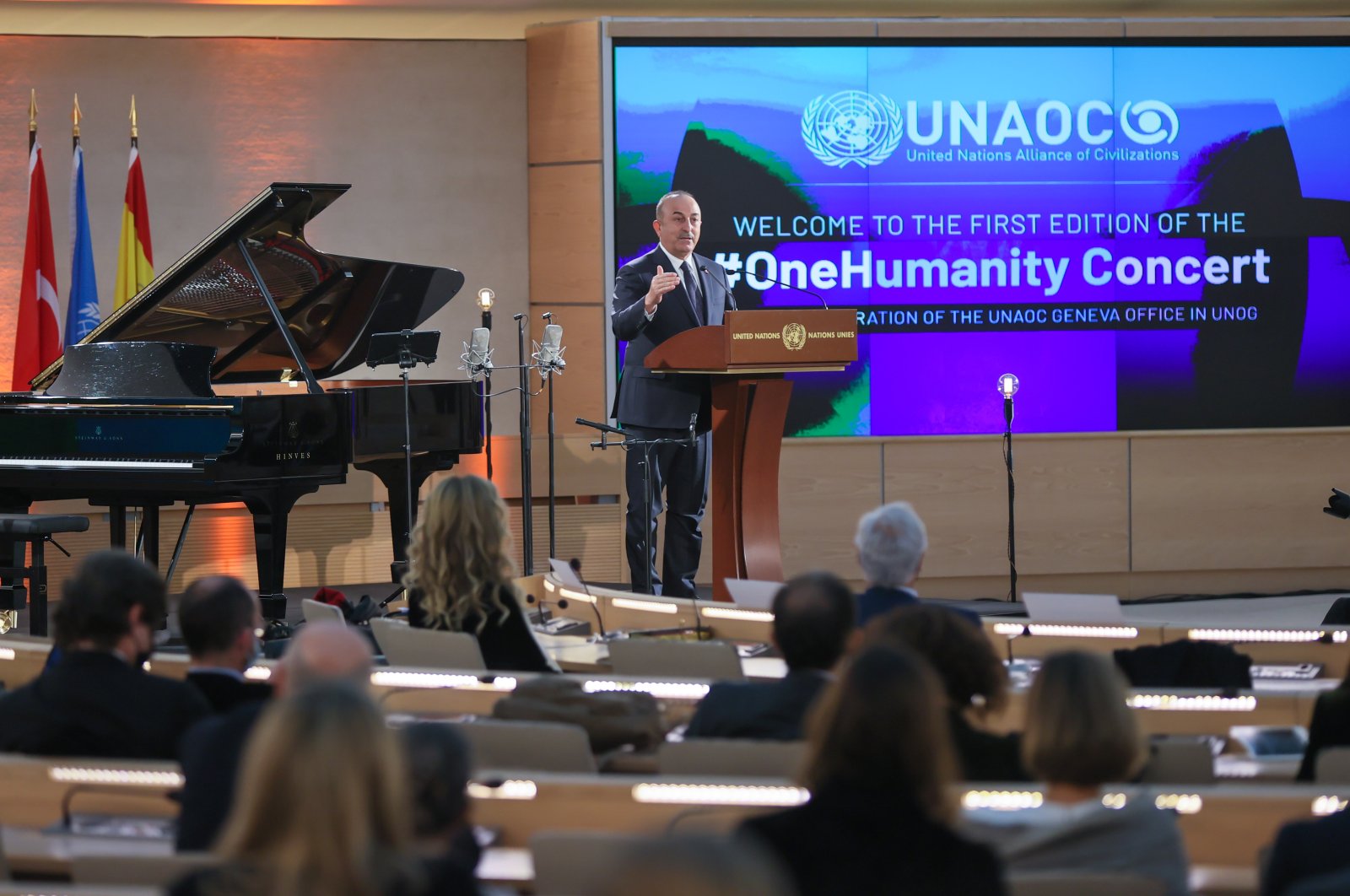 Foreign Minister Mevlüt Çavuşoğlu speaks at the inauguration ceremony of the office of the United Nations Alliance of Civilizations' office in Geneva, Monday, Nov. 8, 2021. (AA Photo)
by DAILY SABAH WITH AA Nov 09, 2021 9:01 am
RECOMMENDED

Noting that racism, xenophobia and anti-Muslim hatred have been on the rise, the foreign minister said information and values are globalized but hatred, fear and lack of tolerance are also being globalized, alluding to President Recep Tayyip Erdoğan's speech in 2008.

"The Alliance of Civilizations could be the peace project of the 21st century if we can turn the precautions we have taken into action," he said.

Çavuşoğlu also noted that the global community's support is crucial for the alliance to reach its goals.

Meanwhile, in his meeting with his Spanish counterpart, Çavuşoğlu said the two have come to an agreement on opening a regional office in Istanbul and they will continue to make political and financial contributions in this regard. He also said they discussed preparations for the seventh intergovernmental summit between Turkey and Spain.

The Alliance of Civilizations is a political initiative founded in 2005 by then-U.N. Secretary-General Kofi Annan and co-sponsored by Turkey and Spain.

Moratinos assumed the position of the initiative's high representative in January 2018. Also in the same year, Çavuşoğlu touted new life for the alliance initiative.

"We'll revive it to hold back extremist currents and boost intercultural and inter-civilizations dialogue through religion," he said.

"If we don't take these steps, reverse these trends, I'm afraid the world especially Europe will go back to the pre-World War II days, making them the victims of extremist and racist currents."

He had previously said that the UNAOC would not have survived without the efforts of Turkey and stressed that Ankara was committed in maintaining the alliance.