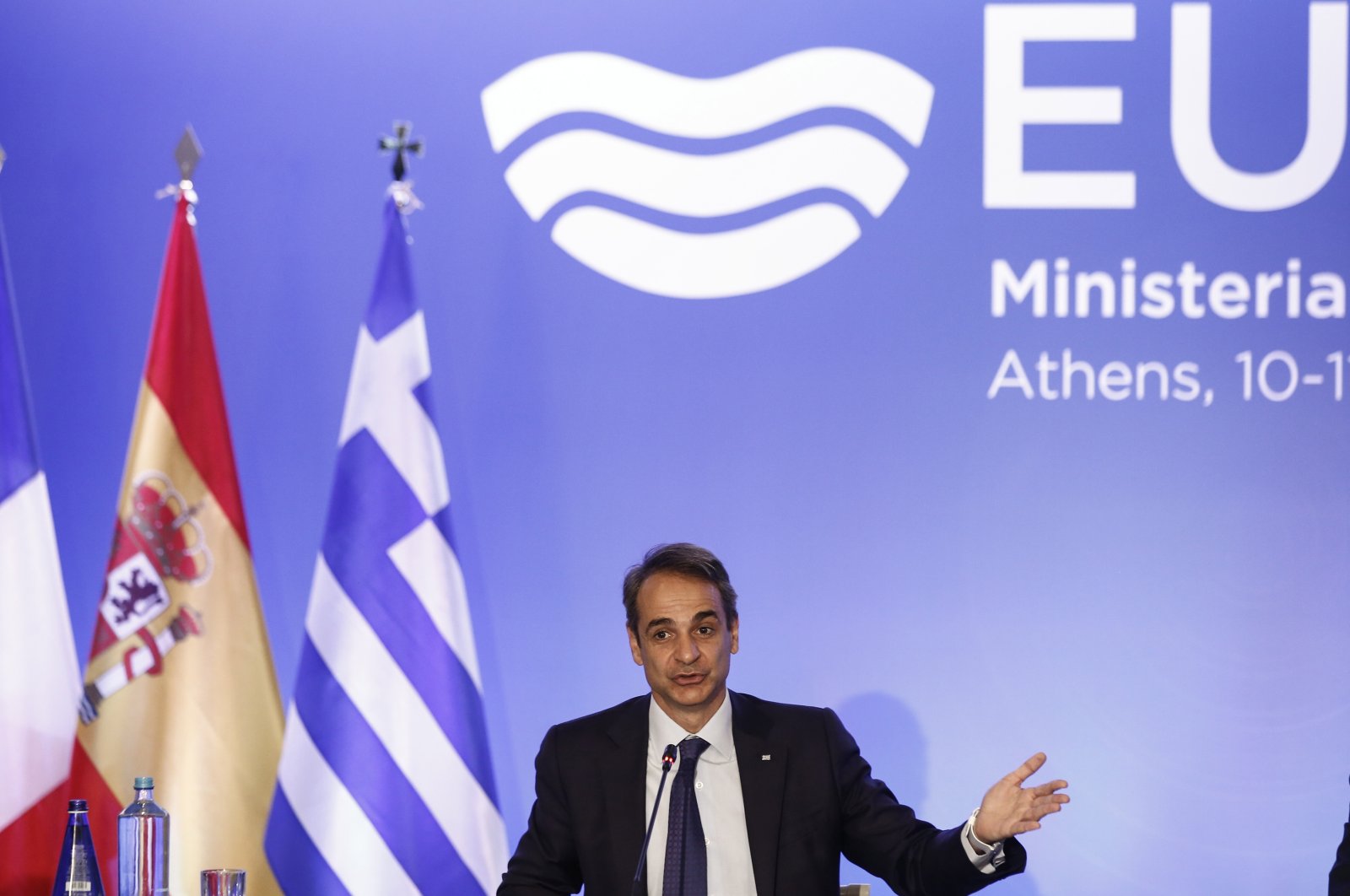 Greece is willing to back the European Union’s “positive” agenda for relations with Turkey, Greek Prime Minister Kyriakos Mitsotakis said Friday, signaling a further easing of tension between the neighboring countries.

Mitsotakis is due to meet Monday with Turkish President Recep Tayyip Erdoğan on the sidelines of the NATO summit in Brussels.

“Of course, we are always open to a positive agenda but in a gradual, proportionate, and reversible way ... provided that the current de-escalation is maintained and that Turkey participates constructively in the dialogue and respects the conditions set by the EU,” Mitsotakis said in Athens.

The two NATO allies have been at odds over decades-old issues, including the extent of air and maritime boundaries in the Aegean Sea and the future of the divided island of Cyprus. Turkey, which has the longest continental coastline in the Eastern Mediterranean, has rejected maritime boundary claims made by EU members Greece and the Greek Cypriot administration, stressing that these excessive claims violate the sovereign rights of both Turkey and the Turkish Republic of Northern Cyprus (TRNC). Both sides cite a range of decades-old treaties and international agreements to support their conflicting territorial claims.

Turkish leaders have repeatedly stressed that Ankara is in favor of resolving outstanding problems in the region through international law, good neighborly relations, dialogue and negotiations. Instead of opting to solve problems with Ankara through dialogue, Athens has, on several occasions, refused to sit at the negotiation table and opted to rally Brussels to take a tougher stance against Turkey. The EU broadly backed Greece in the dispute. But it stopped short of Athens’ request to impose sweeping sanctions on Turkey and instead applied pressure on Ankara to restart diplomatic talks with Greece.