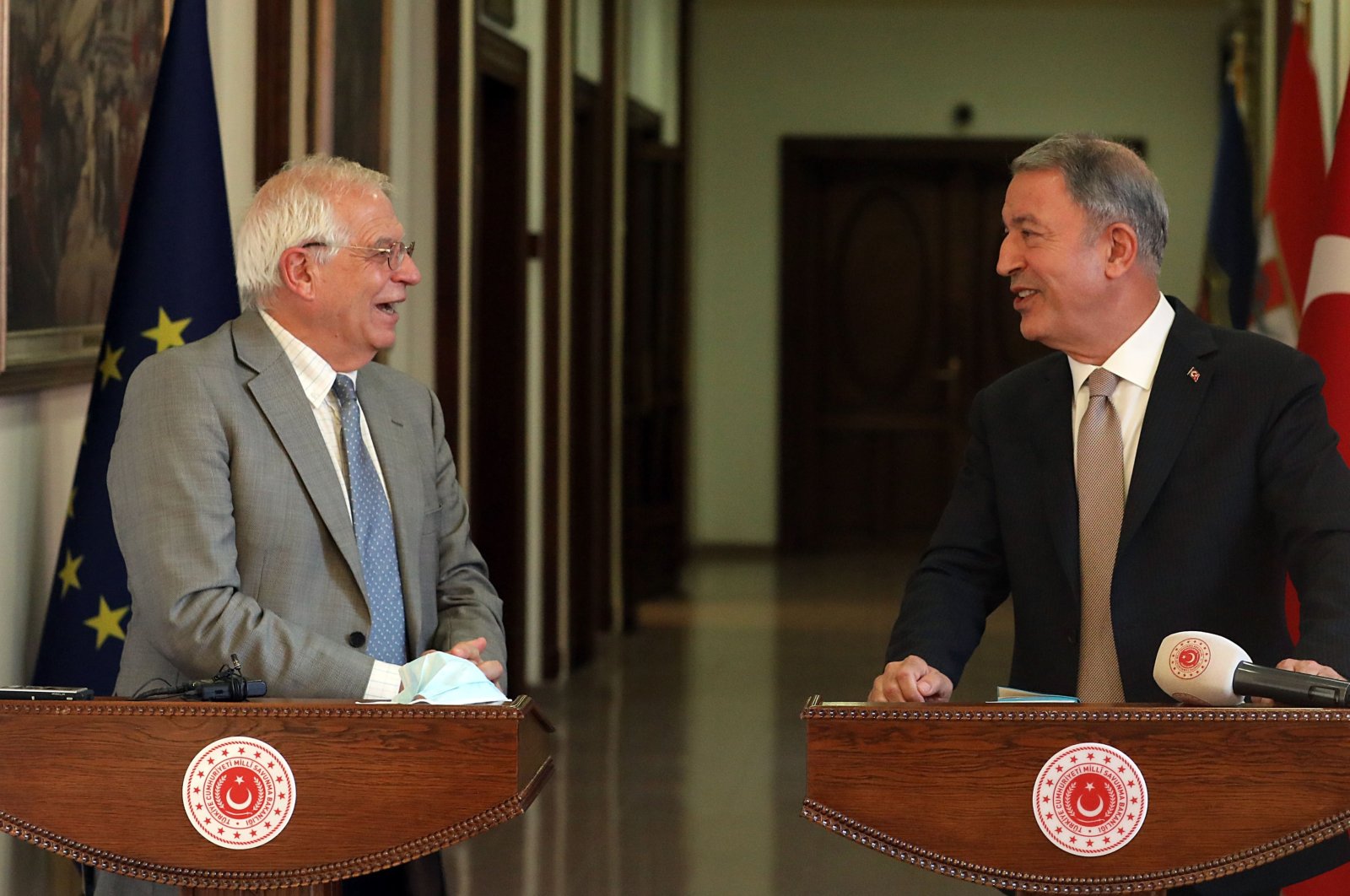 Turkey's defense minister on Monday called on the EU to adopt an objective and unbiased approach toward his country for mutually productive relations.

Hulusi Akar said some "unilateral, non-objective and biased approaches" that do not take into account Turkey's rights and interests and leaving them aside are "unacceptable."

Regarding the meeting with the EU foreign policy chief Josep Borrell in the capital Ankara, Akar said the meeting was "beneficial, sincere and efficient."

"The effective cooperation between the EU and Turkey is highly important for both two sides and the region. We want to further develop our cooperation and dialogue with the EU, especially on defense and security issues within the framework of peace, friendship and respect for our common values," he added.

Referring to the recent tensions with France over a claim of vessel harassment in the Mediterranean, Akar said he informed Borrell about the issue and revealed France's allegations do not reflect the reality.

Last week, France claimed that Turkey harassed one of its vessels taking part in a NATO mission in the Mediterranean. Turkish military officials dismissed the claim.

On Thursday, Turkish Foreign Minister Mevlut Cavusoglu also demanded an apology from France for misleading NATO and the EU on recent tensions in the Mediterranean.

For his part, Borrell said bilateral meetings were not held due to the novel coronavirus.

"There are several issues to be discussed between the EU and Turkey to avoid misunderstandings or prevent deterioration of our relations," he said, adding that dialogue is a way to solve the disputes between parties.

Borrell's visit to Turkey came in the wake of his controversial visits to Greece and Southern Cyprus. Ankara is concerned over the mistreatment of asylum seekers, and equitable treatment of the Turkish Republic of Northern Cyprus (TRNC) and Turkey with regards to Eastern Mediterranean energy resources.