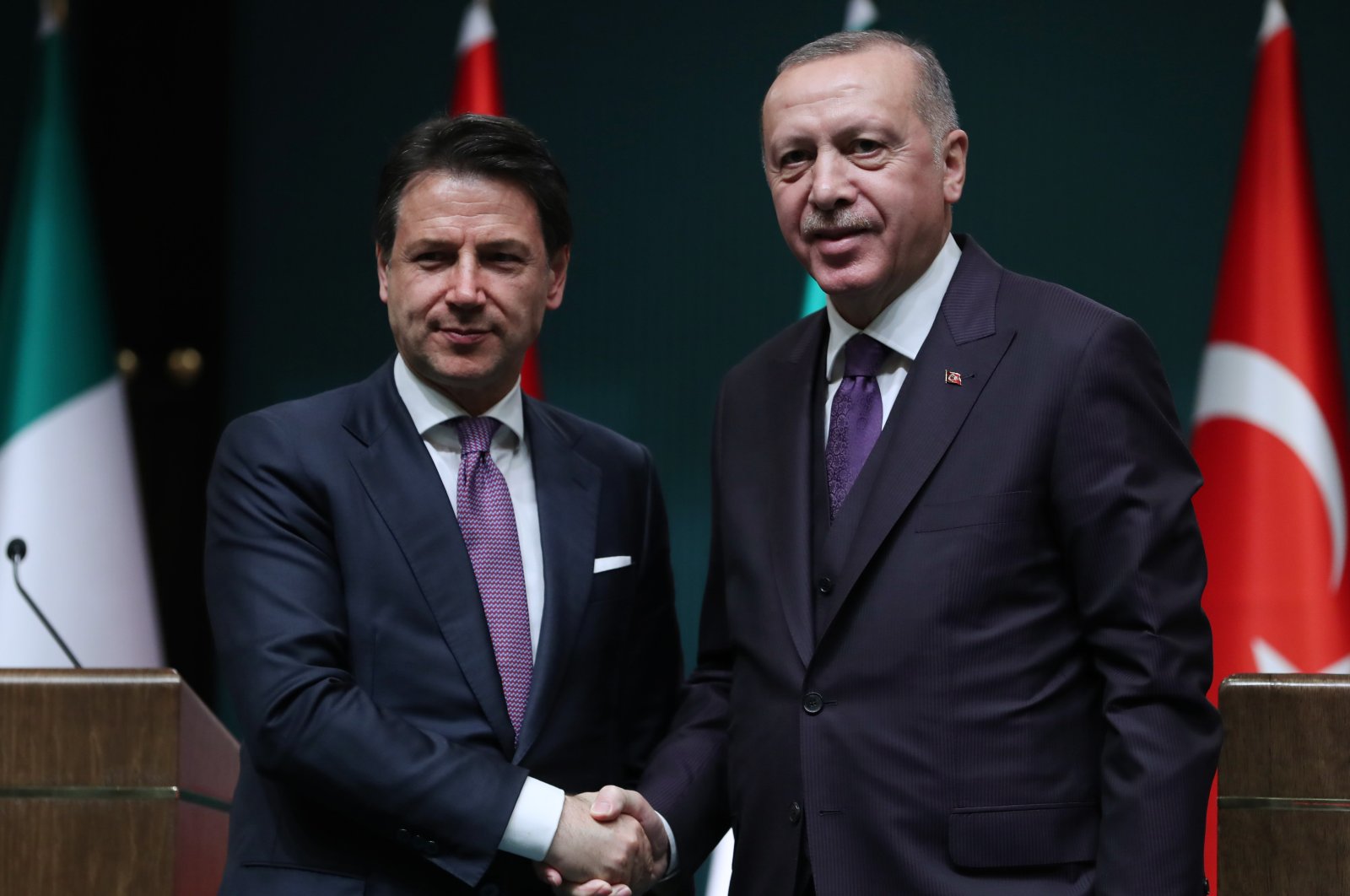 According to the statement, Erdoğan said that Turkey attaches importance to relations between Ankara and Rome, and when the coronavirus outbreak allows it, both countries would like to hold a third intergovernmental summit in Turkey.

The Turkish president also extended his gratitude to Conte for his support for Turkey in the context of the European Union.

“I believe that Italy will lead the European Union to follow an attitude based on common sense and fairness in the Eastern Mediterranean,” the president said on his Telegram channel.

Both NATO members, Turkey and Italy are two regional powers that share common interests, history and values in the Mediterranean basin.

Erdoğan also said he finds Italy’s cooperation with the Government of National Accord (GNA) in Libya very useful.

Ankara and Rome both back the United Nations-recognized government of Prime Minister Fayez Sarraj in Tripoli that was established in 2015. The GNA is also backed by Qatar.

Libya is in the midst of a protracted civil war since the ouster of Moammar Gadhafi in 2011.

The opposing forces of putschist Gen. Khalifa Haftar based in the eastern cities of Tobruk and Benghazi are mainly backed by Egypt, Russia, France and the United Arab Emirates (UAE).