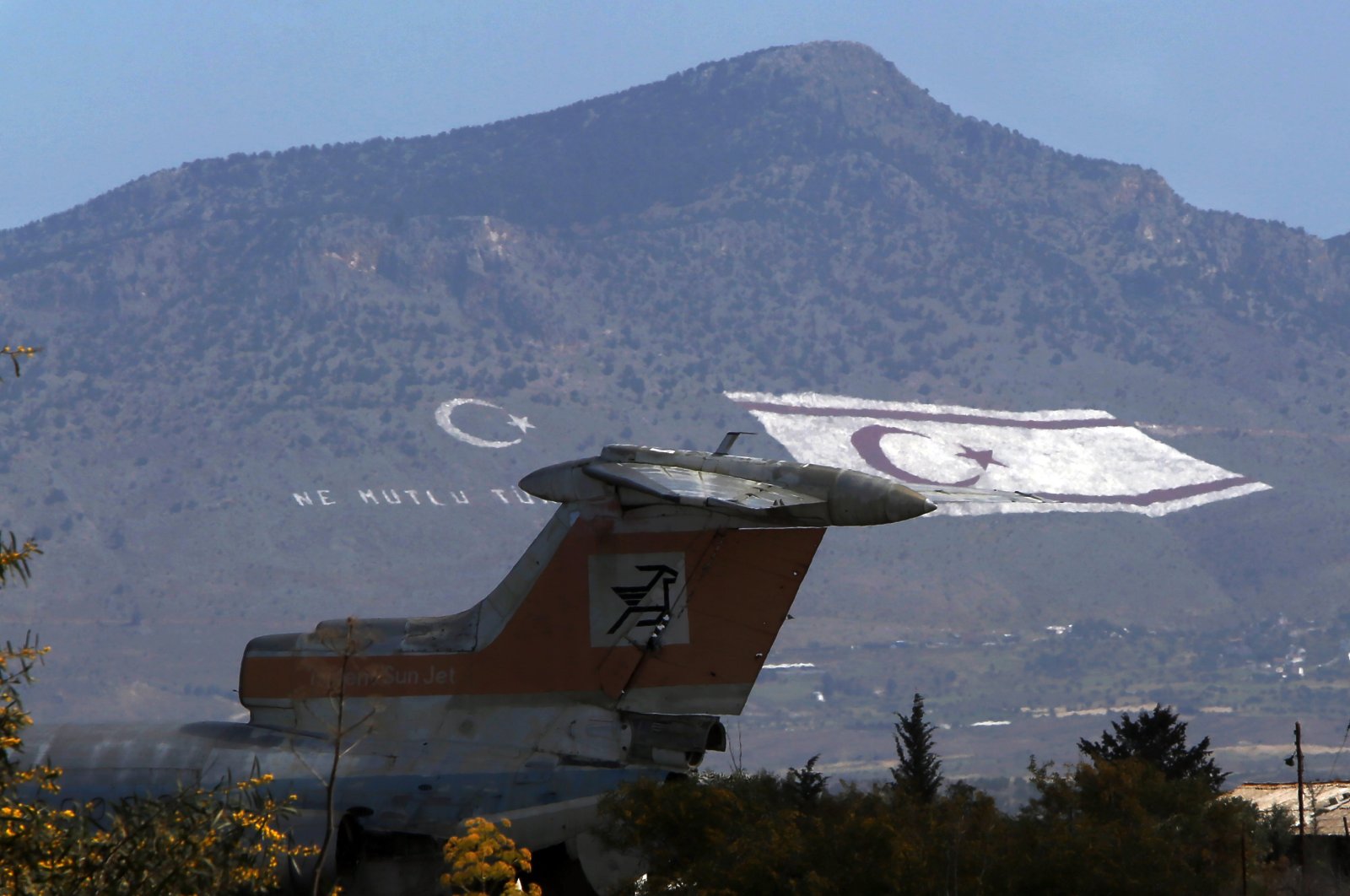 An abandoned Cyprus Airways Trident passenger jet is parked on the tarmac of the long-abandoned Nicosia airport that lies inside a United Nations-controlled buffer zone separating the TRNC from the Greek Cypriot administration, April 4, 2021. (AP File Photo)
by DAILY SABAH WITH AA Jul 14, 2021 8:17 am
RECOMMENDED

The European Union is no longer credible in the eyes of Turkish Cypriots and does not have the right approach to decide on a solution model for the island, the Foreign Ministry of the Turkish Republic of Northern Cyprus (TRNC) said Tuesday.

Recent remarks by EU foreign policy chief Josep Borrell, in which he rejected a two-state solution in Cyprus, are "very unfortunate," the ministry said in a statement.

"This unfortunate statement shows how unwilling and prejudiced the EU is to understand the just demands and wishes of the Turkish Cypriots. It is understood that the Union has built its vision on Cyprus, based on wrong assessments. As such, the EU is not in a position to decide what the solution model will be," the statement said.

"With the unwavering support of homeland Turkey, the TRNC will maintain its determined stance," the statement added.

The Turkish Cypriots have noted that there is no common ground between the TRNC and Greek Cypriots to reach a federal solution, and the U.N. should recognize that.