EU cooperates with Turkey against pandemic 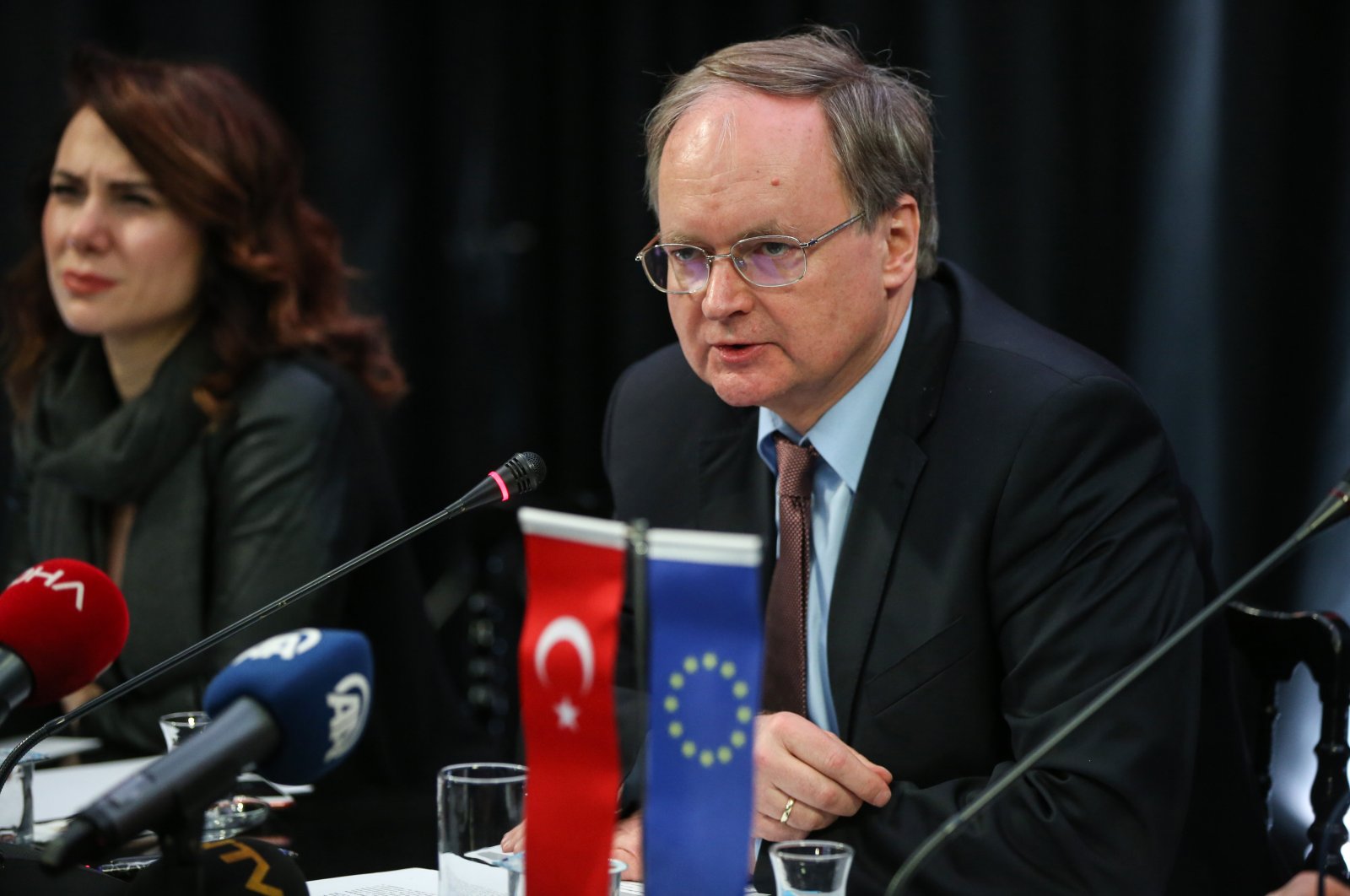 The head of the EU delegation to Turkey said Friday that the bloc will continue to cooperate with Turkey in its fight against the novel coronavirus.

Christian Berger told in a live broadcast that Turkey is one of the most important trade partners of the EU.

Underlining that the trade activities should continue regardless of the COVID-19 outbreak, he said people will not lose their jobs as production and trade continue.

When asked about whether the EU would get stronger or weaker after the global crisis, he said the bloc is planning to come back stronger.

On Turkey's accession process to the EU, he said the accession negotiations will start again when the political problems are solved.

The negotiations would benefit both sides as Turkey is an important and a key partner of the EU, he added.

Turkey applied for EU membership in 1987 and its accession talks began in 2005. But negotiations stalled in 2007 due to the objections of the Greek Cypriot administration as well as opposition from Germany and France.

After originating in China last December, COVID-19, the disease caused by the coronavirus, has spread to at least 185 countries and regions across the world, with its epicenter shifting to Europe.

The pandemic has killed more than 101,000 people, and infected over 1.67 million, while nearly 372,000 people recovered from the disease, according to figures collated by the U.S.-based Johns Hopkins University.