EU demands to be 'respected' by Turkey amid East Med disputes 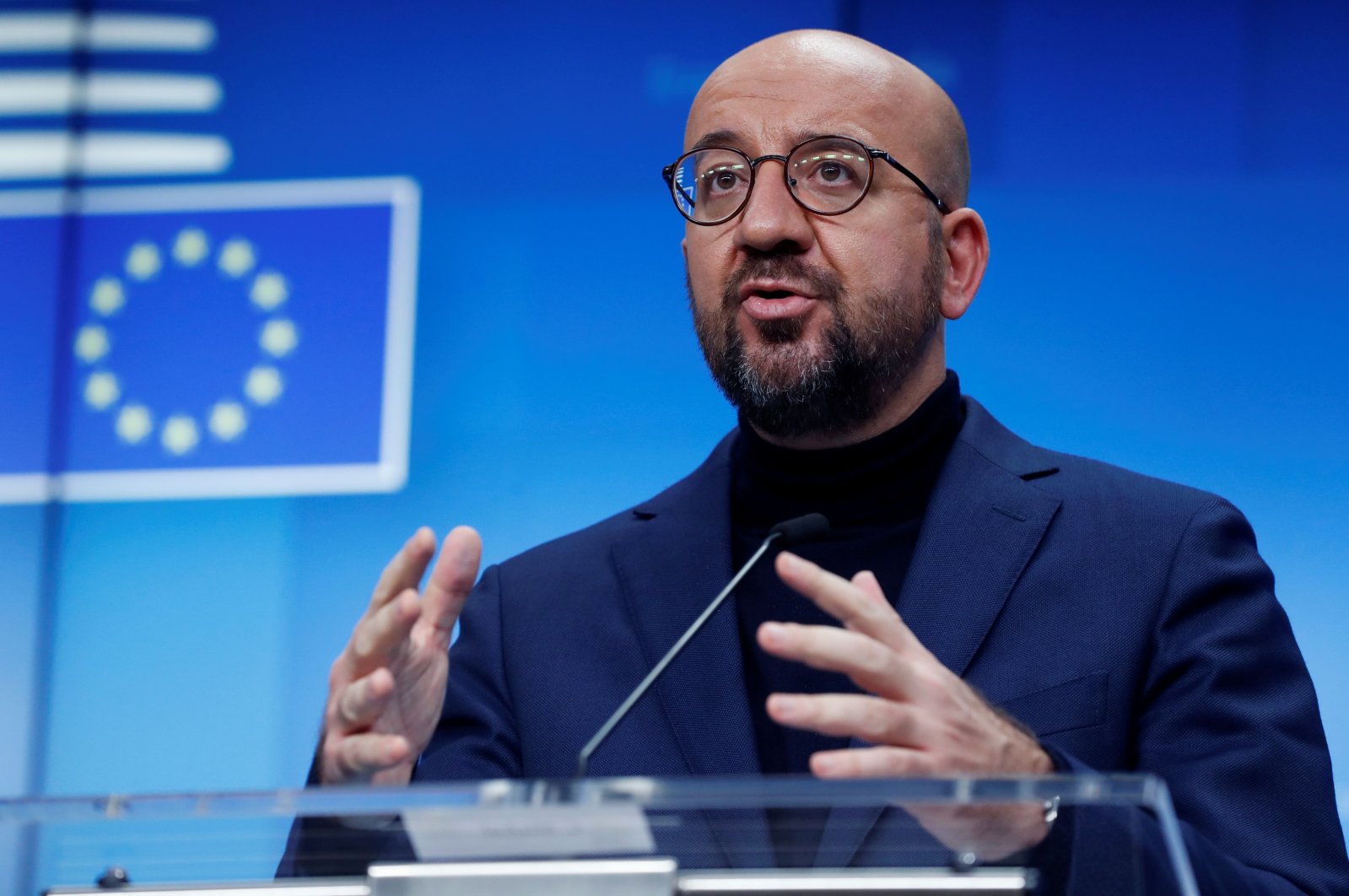 European Council President Charles Michel gives a press briefing at the end of a European Council meeting in Brussels, Belgium, Oct. 29, 2020. (AFP Photo)
by Daily Sabah with AFP
Oct 30, 2020 10:36 am

European Union leaders on Thursday demanded that Turkey show them some respect amid the ongoing maritime disputes between Ankara and Athens over the Eastern Mediterranean.

The 27 national leaders met by videolink to discuss the coronavirus pandemic, but European Council chief Charles Michel said they also discussed the standoff in the Mediterranean.

"We expressed our determination to be respected and we agreed to work on two tracks, a positive track and a less positive one," Michel said.

"We offered a clear way to work toward a positive agenda with Turkey. So far Turkey has not chosen this path," he said.

Ankara accuses Athens of pursuing maximalist policies in the Eastern Mediterranean and underlines that its maritime claims constituted a violation of Turkey's sovereign rights. Ankara has also said energy resources near the island of Cyprus must be shared fairly between the Turkish Republic of Northern Cyprus (TRNC) and the Greek Cypriot administration.

NATO has set up a hotline to help the Greek and Turkish militaries avoid accidental clashes and Germany has been leading a diplomatic outreach.

But Greece and the Greek Cypriot administration, with strong backing from France, have been calling for tougher action. The EU leaders are due to return to the issue at their next summit.

"We condemn the recent unilateral action in the Eastern Mediterranean, provocations and rhetoric which are completely unacceptable," Michel warned.

"We will have the occasion to revert to this topic in December," he said, referring to the next scheduled EU summit, at which the 27 could decide on action.