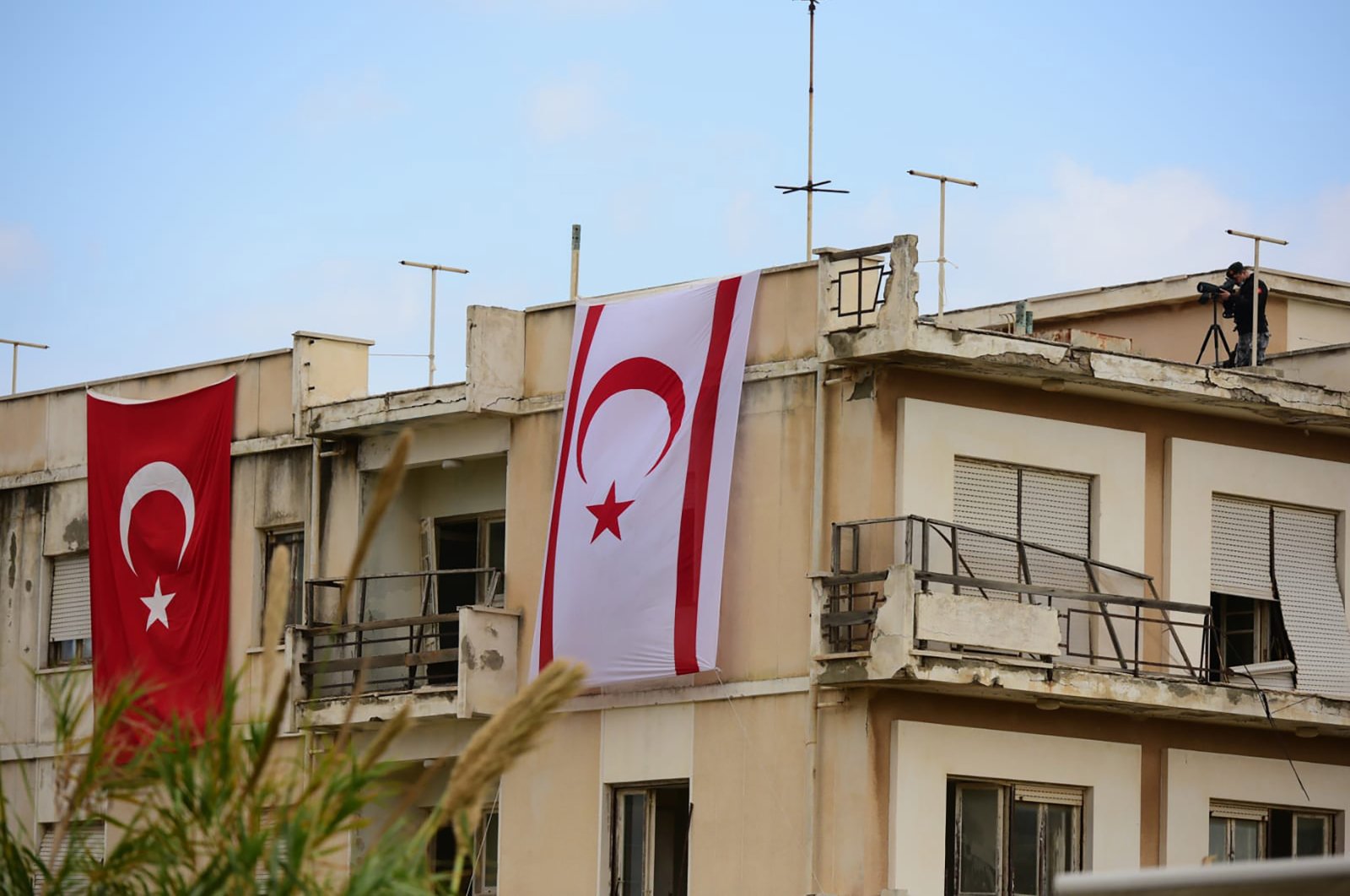 A police officer use binoculars is seen on a roof of an abandoned building before Turkish President Recep Tayyip Erdoğan visits the newly opened beachfront of Varosha in the TRNC on Sunday, Nov. 15, 2020. (AP Photo)
by daily sabah
Nov 16, 2020 10:34 am

The recent statements by the European Union's top foreign policy chief show that the bloc is disconnected from reality on the island of Cyprus, Turkey’s Foreign Ministry spokesperson Hami Aksoy said, criticizing the bloc for disregarding the will of the voters in the Turkish Republic of Northern Cyprus (TRNC).

Aksoy said Borrell’s statements on Nov. 15, about the closed town of Varosha (Maraş) and the Cyprus issue in general disregard the realities.

“The sides of the Cyprus issue are clear. A fair, permanent and sustainable solution is only possible if the will of the two common owners of the island are taken into consideration,” Aksoy said, adding that the EU is completely ignoring the will of the Turkish Cypriots.

Accusing the bloc of ignoring the existence and rights of the Turkish Cypriots, the spokesperson continued by saying that the EU does not use their name in official statements. He further criticized the bloc for rewarding the Greek Cypriot administration by granting it EU membership – even though they rejected the U.N.-led solution proposal – and said they cannot contribute to peace on the island.

The spokesperson continued by saying that the bloc, which has always ignored the existence and rights of the Turkish Cypriots, doesn't use their name in official statements, rewarded the Greek Cypriot administration by granting EU membership – even though they rejected the U.N.-led solution proposal – cannot contribute to peace on the island.

Aksoy also said the TRNC government’s decision to partially open Varosha was intended to relieve past aggrievances rather than create new ones.

“U.N. Security Council resolutions do not predominate property rights,” Aksoy said, adding that everyone, including the EU needs to respect the Turkish Cypriots’ decision to find a solution based on a two-state model.

“If the EU wants to contribute to the solution of the Cyprus issue, then it needs to take into consideration the existence and will of the Turkish Cypriot people and fulfill its pledges made in 2004,” Aksoy added.

Borrell on Sunday criticized the TRNC for partially opening the ghost town of Varosha.

“The EU's message is very clear: there is no alternative to a comprehensive settlement of the Cyprus problem other than on the basis of relevant U.N. Security Council Resolutions," Borrell said, adding that the town’s opening will cause greater distrust and tension in the region and should be urgently reversed.

Turkey has supported the TRNC’s initiative to reopen the abandoned town after over four decades.

Last month, the Turkish Cypriot government partially reopened Varosha's beachfront, which had been abandoned for 46 years, in a move welcomed by Turkey and opposed by Greece.