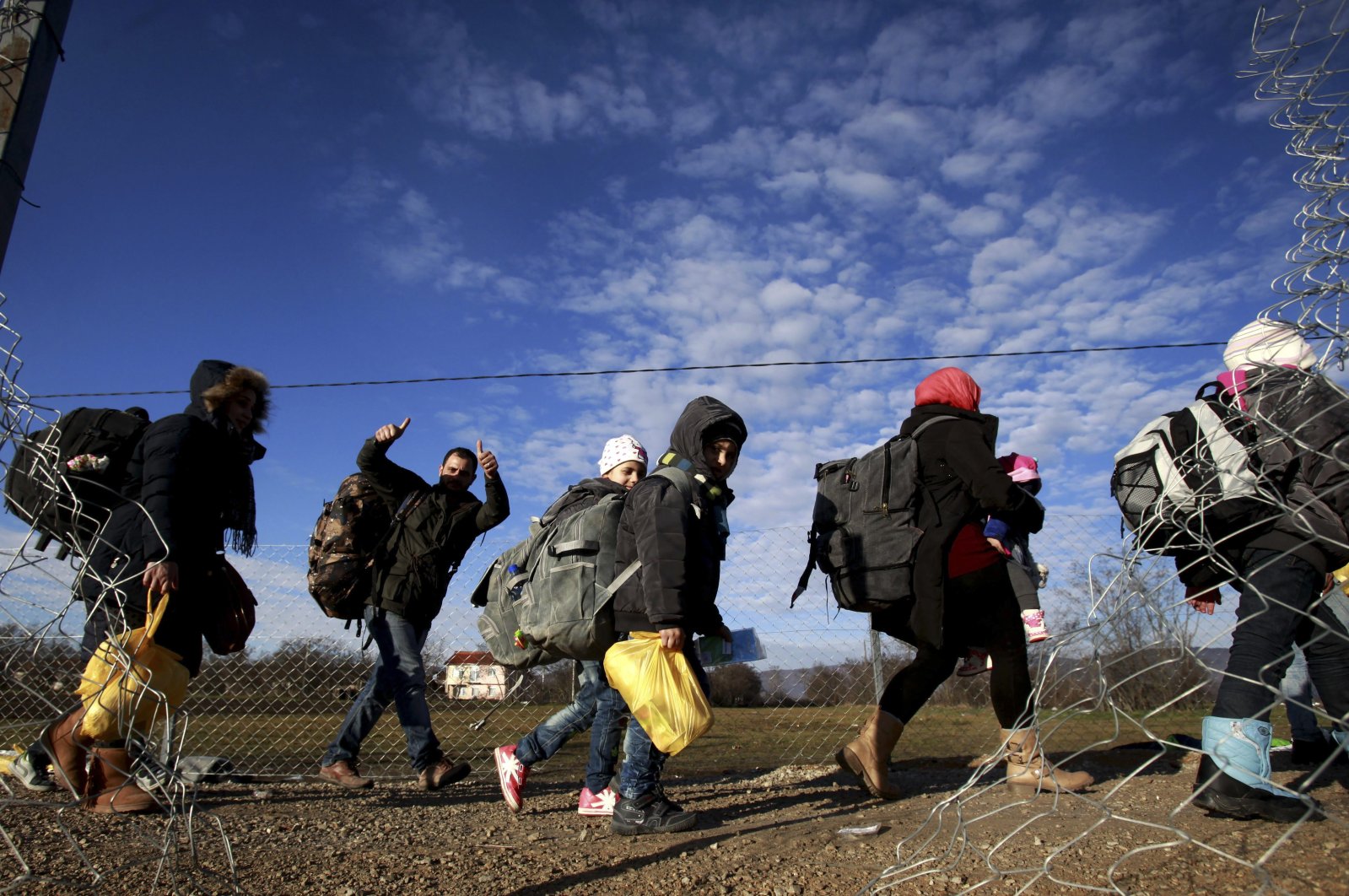 Asylum-seekers walk towards the border with Serbia from the transit center for refugees near northern Macedonian village of Tabanovce, February 12, 2016. (AP Photo)
by Anadolu Agency Apr 28, 2020 12:05 pm
RECOMMENDED

According to the latest data released by Eurostat, the largest group of beneficiaries were Syrians with a 27% share of the total number of positive decisions. Seventy-one percent of the Syrians, 56,100 people, are hosted by Germany.

The second- and the third-biggest groups of successful asylum-seekers are from Afghanistan and Venezuela, representing 14% and 13% of the EU total, respectively.

Germany is providing protection to the highest percentage of Afghanis, 41% or 16,200 people, while nearly all the Venezuelans, 94% or 35,300 people, found new homes in Spain.

Venezuelan asylum-seekers had the greatest chance to have their applications approved, with as many as 96% of their claims getting accepted in the first decision.

The recognition rates for Syrians and Eritreans are 85% and 81%, respectively.

Albanian and Georgian applicants had the lowest chance of gaining protection; 96% and 94% of their claims, respectively, were rejected at the first instance.

Over three-quarters of the nearly 300,000 successful applicants were granted international protection by the four biggest EU states.

Of the total number of EU beneficiaries, 3% were Turkish citizens, with a relatively high recognition rate of 52%.

Turkish asylum-seekers were the second-biggest group among successful applicants in the Netherlands and the third in Belgium, with 17% and 10%, respectively. In the Netherlands, 975 people were granted protection, while its southern neighbor accepted 695 people.

Most are assumed to belong to the Gülenist Terrorist Group (FETÖ), the faction behind the July 2016 defeated coup in Turkey, which killed 251 people and injured nearly 2,200.

Turkish politicians have long criticized European countries for becoming a safe haven for FETÖ members, and demand the return of key FETÖ suspects and coup plotters to Turkey for a fair and transparent trial at home.

Ankara accuses FETÖ of being behind a long-running campaign to overthrow the state through infiltration into Turkish institutions, particularly the military, police and judiciary.