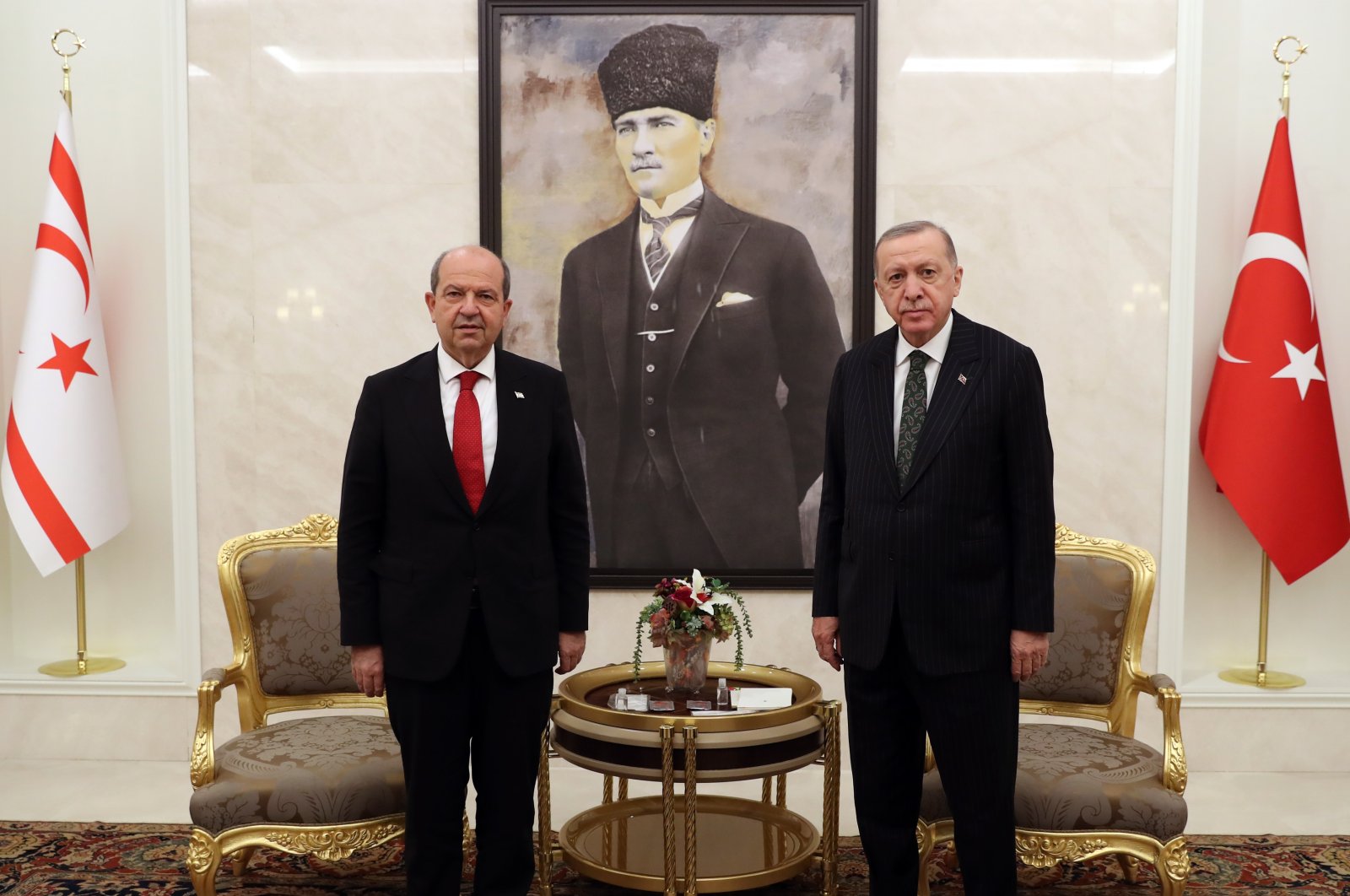 The European Union lost its objectivity and neutrality regarding the Cyprus issue when the Greek Cypriot administration and Greece were accepted into the bloc, Turkish Republic of Northern Cyprus (TRNC) President Ersin Tatar said Thursday.

Speaking at a commemorative ceremony for Cyprus’ heroes and Turkish Cypriots’ fight for existence at Gazi University in the capital Ankara, Tatar touched upon the difficulties the community faced after the British invaded the island.

“I want to share again here today that we have to further enroot our politics for the survival of Turkish Cypriots, who are an unbreakable part of Turkey, so we can look toward the future with hope.”

Reiterating that the Greek Cypriot administration rejected the 2004 Annan Plan while the TRNC accepted it, Tatar said that the Turkish side nevertheless faced sanctions, embargoes and restrictions.

He added that the EU’s pressure on the Turkish Cypriots continues.

The island of Cyprus has been mired in a decadeslong struggle between Greek and Turkish Cypriots, despite a series of diplomatic efforts by the U.N. to achieve a comprehensive settlement. Five decades of Cyprus talks have yielded no results.

The island has been divided since 1964 when ethnic attacks forced the Turkish Cypriots to retreat into enclaves for their safety. In 1974, a Greek Cypriot coup aiming at Greece's annexation led to Turkey's military intervention as a guarantor power. The TRNC was founded in 1983.

The Greek Cypriot administration, backed by Greece, became a member of the EU in 2004, although in a referendum that year most Greek Cypriots rejected a U.N. settlement plan that envisaged a reunited Cyprus joining the bloc.

Tatar on Thursday also met with President Recep Tayyip Erdoğan in the capital Ankara in a closed-door meeting.