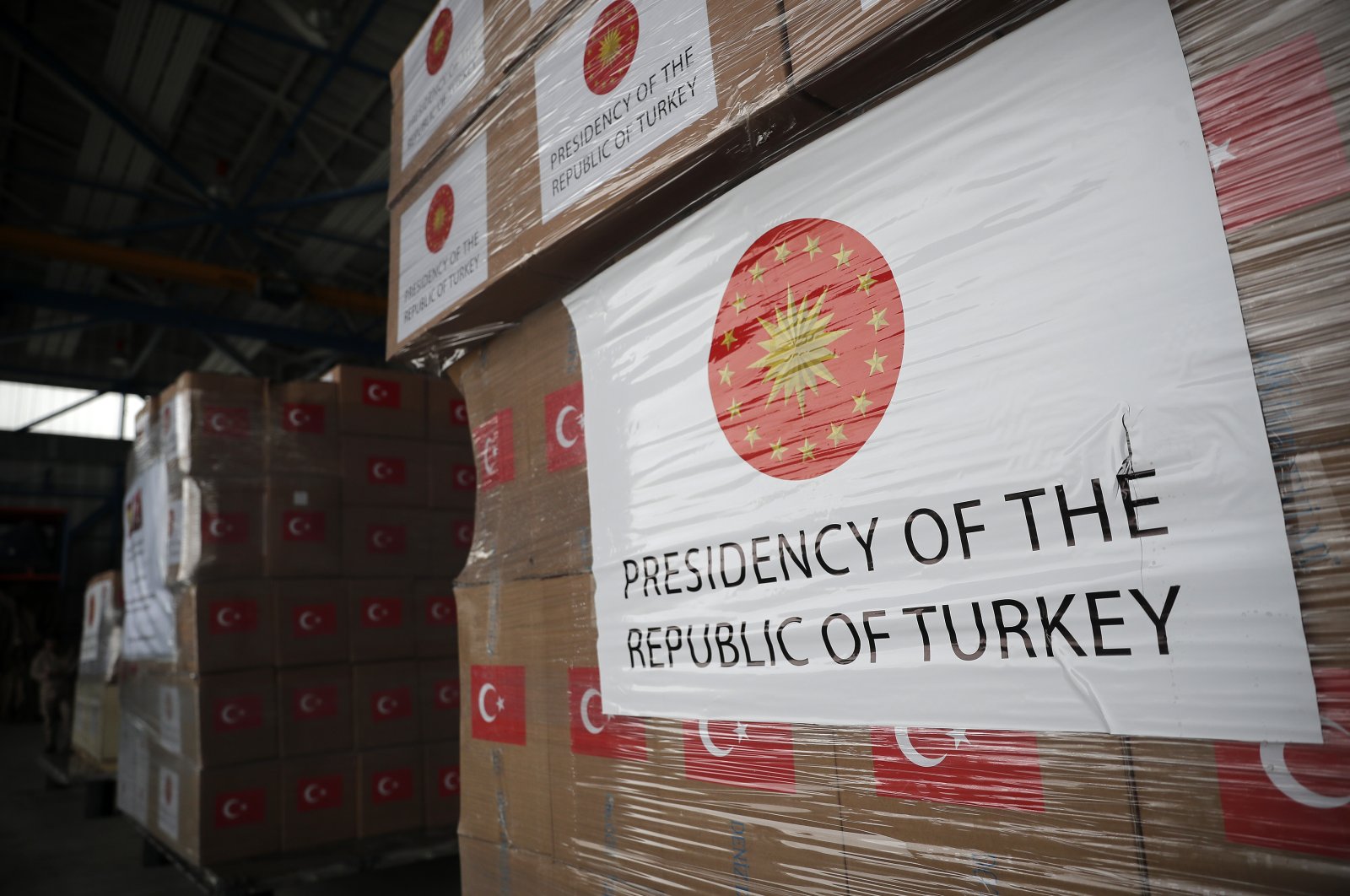 Officials from Italy and Spain, and European Union Turkey rapporteur Nacho Sanchez Amor thanked Turkey and the Turkish people for their solidarity in combatting COVID-19. Turkey on Wednesday sent an aircraft carrying medical aid to Italy and Spain, the European countries hit hardest by the coronavirus.

“Thank you Turkey’s Govt and Turkish people for your empathic delivery of health material to Spain. Hope your country doesn’t suffer the cruelty of #COVID19 til the same extent Spain is experiencing. We will never forget your solidarity. teşekkür ederim,” Amor posted on Twitter. Foreign Minister Mevlüt Çavuşoğlu responded, “Will always stand by our friends.”

On Wednesday, Turkey sent a plane carrying medical supplies including masks, hazmat suits and disinfectants to Italy, which has reported the highest number of deaths so far from the coronavirus.

Çavuşoğlu responded to both of the messages from his counterparts, noting friends support each other in difficult times.

The A400M military cargo plane took off from Etimesgut military airport in the capital Ankara carrying crates full of masks, hazmat suits, goggles and disinfectants. All equipment on board was produced at military-owned factories and at sewing workshops that produce military uniforms and other clothing for the army. The crates containing the supplies carried messages reading: “With love to the people of Spain and Italy, from Turkey” and the words of the 13th-century Sufi mystic Mevlana Jalaluddin Rumi: "There is hope after despair and many suns after darkness."

“While Turkey displayed that it was Italy’s true friend and while even the EU voiced various obstacles for support, we unfortunately encountered news in the Italian media accusing Turkey wrongfully and baselessly claiming that the medical equipment was seized,” Erdoğan wrote in the letter to Conte, adding that he appreciated the statements of the Italian authorities on the matter.

“We have engaged in efforts to respond to the needs of nearly 30 countries. Most recently, Germany also asked for 2 million masks. We will procure these in the upcoming days,” the minister said.

Koca held a video conference with Dr. Hans Kluge, the World Health Organization’s (WHO) Regional Director for Europe. Koca and Kluge discussed the recent developments regarding the COVID-19 pandemic, and a two-year cooperation plan for 2020 and 2021 was signed between Turkey and the WHO's Europe branch.

“The most important things in this fight are political will and determination. I want to extend my appreciation to President Recep Tayyip Erdoğan for mobilizing the necessary sources and for his leadership in the fight,” Kluge said.

"Proud to see NATO Allies supporting each other through our disaster relief center. #StrongerTogether," he added.

Spain has more than 100,000 COVID-19 infections and has seen more than 800 deaths for five days in a row, although authorities say that the arc of contagion has started to slow down. Intensive care units in hospitals of Madrid, the hardest-hit region, are reporting a slightly lower number of patients arriving in serious conditions. Italy is also among the worst-hit countries affected by the coronavirus pandemic that started to spread from China’s Wuhan province around December.