EU should be in cooperation with Turkey: Germany's Merkel 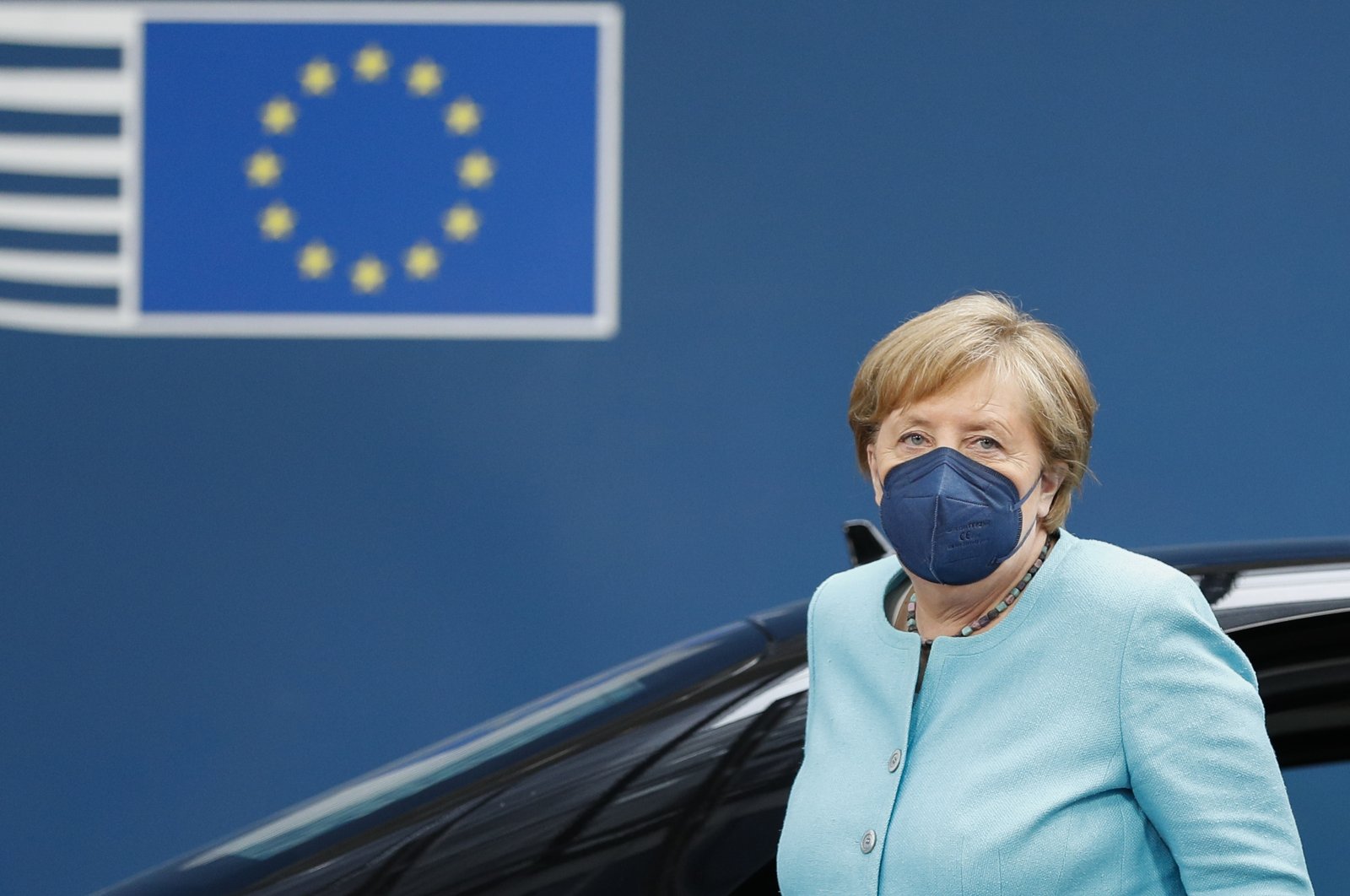 Despite existing disagreements, the European Union and Germany should be in cooperation with Turkey, German Chancellor Angela Merkel said Thursday ahead of an EU summit.

Addressing German lawmakers in parliament, Merkel said that she expects the EU leaders will accept Turkey's demands, adding that the migrant issue can only be resolved with the joint efforts of different parties.

Expressing that there are currently 3.7 million Syrian refugees living in Turkey, Merkel emphasized that the current problems can only be solved through dialogue with Turkey.

Underlining the need to expand the refugee agreement with Turkey, Merkel said, "Despite our serious differences with Turkey on the rule of law and respect for fundamental rights, we must advance this strategic cooperation."

Merkel also stated that the dialogue agenda covering issues such as the EU-Turkey Customs Union, health, climate change and the fight against terrorism should be continued.

Leaders of the European Union gathered in Brussels on Thursday for a two-day summit to discuss relations with Turkey and Russia, with financial support for refugees hosted by Turkey expected to be on the agenda.

It was reported Wednesday that the bloc is considering allocating 3.5 billion euros ($4.18 billion) for Turkey, which continues to host around 4 million refugees.

The 27 leaders are expected to support the funding proposal by the executive European Commission at the summit in Brussels on Thursday.

However, unlike a previous 6-billion-euro round of funding that was partly paid for directly by EU governments, the money will come entirely from the EU's common budget, thus the European Parliament will need to give its approval.

Under the original migration deal from March 2016, Turkey agreed to take back all migrants and refugees who cross the Aegean to enter Greece illegally, including Syrians, in return for more funds.

For its part, the EU has promised to scrap the visa requirement for Turks visiting Europe and accelerate Ankara's bid to join the bloc, although all talks have stalled.

EU leaders Thursday will seek to revive them, offering Ankara "the EU's readiness to engage with Turkey ... to enhance cooperation in a number of areas of common interest," according to a draft of the final summit statement seen by Reuters.