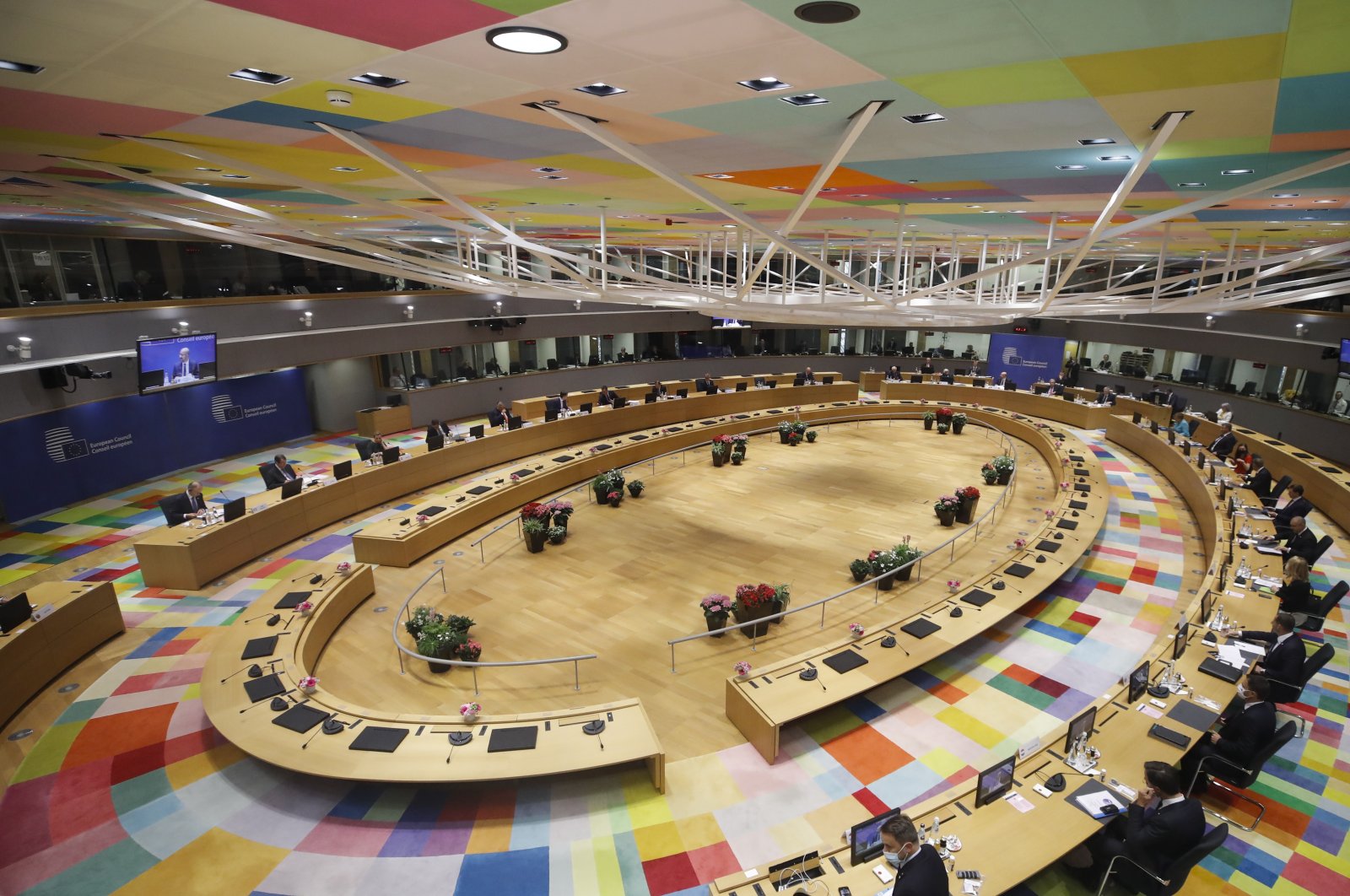 Leaders of the European Union gathered in Brussels on Thursday for a two-day summit to discuss relations with Turkey and Russia, with financial support for refugees hosted by Turkey expected to be on the agenda.

"We have a possibly positive agenda provided that we have a constructive engagement from Turkey," a senior EU official told Anadolu Agency (AA) ahead of the leaders' meeting.

"We have been working on a different dimension, technical work started on the mandate for the modernization of the customs union, in line with the principles" that leaders outlined during their summit in March, the official added.

However, EU heads of states and governments are not expected to make a decision on the future of EU-Turkey relations. They will only assess the European Commission's draft proposals presented by European Commission President Ursula von der Leyen.

Ahead of the summit, von der Leyen spoke with Turkish President Recep Tayyip Erdoğan over the phone on Monday.

She described the exchange as "a good conversation" in a social media post and explained that they "discussed the state of EU-Turkey relations, COVID-19, Trade and Customs Union, the situation in the Eastern Mediterranean, migration and developments in Afghanistan."

Erdoğan also stressed that the EU needs to take positive steps in its ties with Turkey.

He told a news conference the EU must "return to the table" on negotiations with Turkey. "We expect concrete steps from the EU now," Çavuşoğlu said.

It was reported Wednesday that the bloc is considering allocating 3.5 billion euros ($4.18 billion) for Turkey, which continues to host around 4 million refugees.

The 27 leaders are expected to support the funding proposal by the executive European Commission at the summit in Brussels on Thursday.

However, unlike a previous 6-billion-euro round of funding that was partly paid for directly by EU governments, the money will come entirely from the EU's common budget, thus the European Parliament will need to give its approval.

Under the original migration deal from March 2016, Turkey agreed to take back all migrants and refugees who cross the Aegean to enter Greece illegally, including Syrians, in return for more funds.

For its part, the EU has promised to scrap the visa requirement for Turks visiting Europe and accelerate Ankara's bid to join the bloc, although all talks have stalled.

EU leaders Thursday will seek to revive them, offering Ankara "the EU's readiness to engage with Turkey ... to enhance cooperation in a number of areas of common interest," according to a draft of the final summit statement seen by Reuters.

Similarly, von der Leyen said Tuesday that the EU should update the migration deal signed with Turkey in 2016.