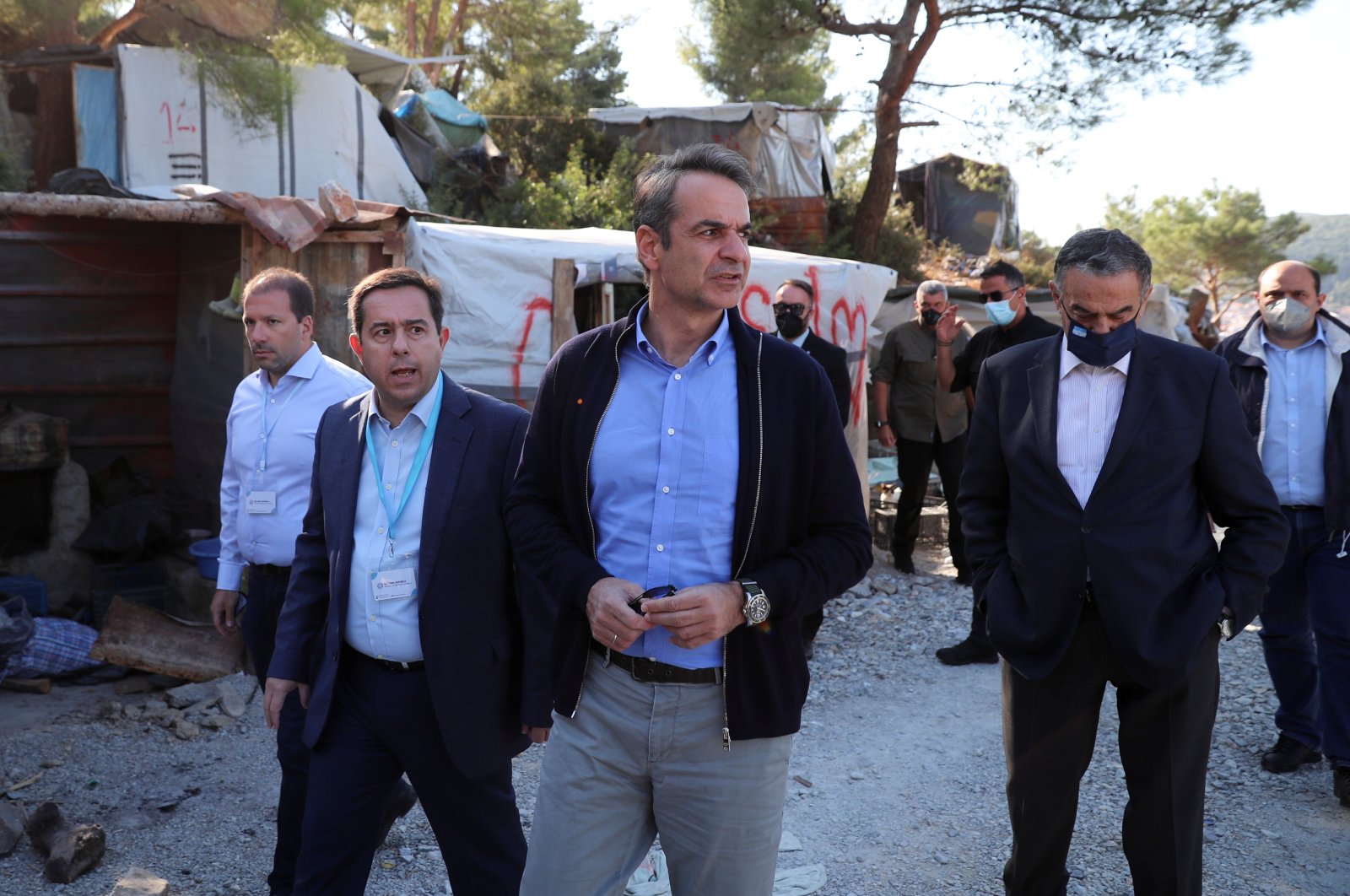 The comments come at a time when the possibility of a massive wave of migration, following a Taliban takeover of Afghanistan, raises concerns in countries along the migration routes.

However, Mitarachi told the German daily Welt that they have not seen any intense migration movement from Afghanistan so far.

He said it is important to protect those living in Afghanistan and the surrounding region. He added that Europe should work more closely with international organizations on the ground to avoid a humanitarian crisis.

Mitarachi drew attention to the importance of respecting the 2016 migrant agreement between Ankara and Brussels. He said the EU should keep its promises to Turkey on visa-free travel and trade.

He added that Turkey should take back the asylum seekers who do not have the right to international protection in return. The Greek minister noted that Greece wanted to send 1,908 asylum seekers back but Turkey did not accept these people.

Greek Prime Minister Kyriakos Mitsotakis also said recently that Turkey was an important partner in tackling any new migration challenge to Europe and needed support, adding that Europe itself has not delivered on a common policy in addressing the migrant issue.

More than a million refugees and migrants fleeing conflict in Syria and elsewhere crossed into Europe via Greece and Turkey in 2015 and early 2016, virtually waved through by Greece's then leftist Syriza administration.

Mitsotakis, whose conservative New Democracy came to power in 2019 with an administration that has taken a markedly harder stance toward unchecked migration, vows there will not be a rerun of 2015. That was, Mitsotakis said, a general consensus among all EU members.

According to the deal, Turkey was promised a total of 6 billion euros ($7.30 billion) in financial aid. It was initially designed to be given to the country in two stages and to be used by the Turkish government to finance projects for Syrian migrants. Visa freedom for Turkish citizens was also a part of the agreement. In addition, the customs union between Turkey and the EU was to be updated.

In exchange for these promises, Turkey took responsibility for discouraging migration through the Aegean Sea by taking stricter measures against human traffickers and improving the conditions of Syrian migrants living in Turkey.

Despite significant developments controlling migration traffic, Turkey has frequently noted that the EU has not fully delivered on its commitments stated in the deal and criticized the international community for its indifference to the migrant crisis.