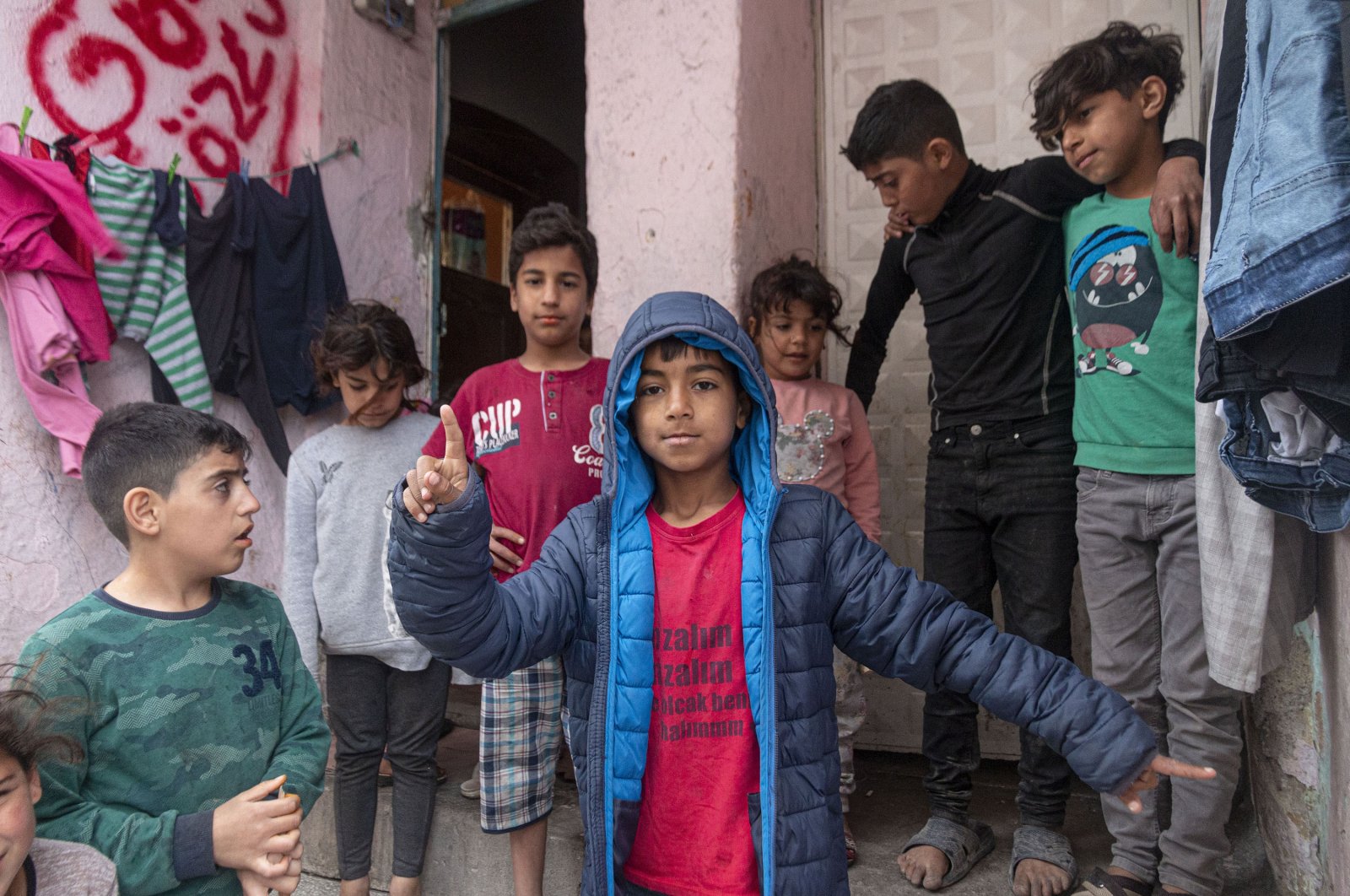 The financial support provided by the European Union, in a joint coordination mechanism with Ankara, has been vital for migrants and host communities in Turkey since March 2016, European Commission Spokesperson Ana Pisonero said, as revisiting the migrant deal between the two sides is expected to be one of the most important topics on the agenda during the new period, while the bilateral ties have recently gained positive momentum following the last years’ strained relations.

Replying to Daily Sabah’s questions via email, Pisonero said the EU has provided vital support to migrants and host communities via the Facility for Refugees in Turkey, which was designed to ensure that the needs of migrants and host communities in Turkey are addressed in a comprehensive and coordinated manner, by focusing on humanitarian assistance, education, migration management, health, municipal infrastructure and socioeconomic support.

“The Facility has been providing support to over 1.8 million refugees in Turkey to meet their basic needs and is project-based,” she said, underlining that the bloc is committed to assisting Turkey in dealing with the challenge of hosting over 4 million migrants.

“Through over 100 Facility projects, millions of refugees in Turkey receive assistance in the areas of basic needs, education, health, socioeconomic support, protection and municipal infrastructure. For example, over 750,000 refugee children and youth have access to school, and up to 365 schools will be built. Over 3,400 health care service staff are employed in 177 migrant health centers. Thirteen million health care consultations have been delivered, and over 4 million vaccination doses have been provided to migrant infants and pregnant women,” she added.

Despite significant developments controlling migration traffic, Turkey has frequently complained that the EU has not fully delivered on its commitments stated in the deal and criticized the international community for its indifference to the migrant crisis. Accordingly, although the first stage of funding was provided to Turkey, the EU has yet to fulfill the second stage or other provisions such as establishing the visa-free deal for Turkish citizens and updating the customs union, which is a trade agreement that came into effect on Dec. 31, 1995, following the March 6, 1995, Decision of the European Community-Turkey Association Council to implement an association between the two parties in which goods may travel between the two entities without any customs restrictions.

Regarding the issue, Pisonero said the full operational envelope of the Facility was allocated at the end of 2019.

"Out of this 6 billion euros, the full envelope has now been contracted, and we have disbursed 4 billion euros. Most Facility projects should end in 2022-23 but some will run to mid-2025," she said.

Following the commission’s proposal, the European Parliament and the European Council approved in July 2020 an additional 485 million euros to continue support under the two humanitarian flagship programs in Turkey, she said, adding that through these programs, over 1.8 million refugees can meet their basic needs and over 700,000 children continue their education.

Since last year when the renewed attacks on civilians by the Assad regime in northwestern Syria risked another wave of migration to Turkey, Ankara has also frequently voiced that years have passed since the deal was made and that conditions have changed, requiring a new road map to tackle the issue of irregular migration.

During Foreign Minister Mevlüt Çavuşoğlu’s visit to Brussels last week, he also said that Turkey and the EU voiced a consensus on the need to renew the March 18 migration deal.

Saying that the issue of migration is not limited to financial aid but has also other branches such as the relocation of Syrian migrants to EU countries and the voluntary return of Syrian citizens to safe areas in their country, Çavuşoğlu said EU officials agreed to the need to update the March 18 statement, which needed to be “applicable.”

“We see indicators that the number of irregular migrations might increase in the upcoming future,” the top diplomat pointed out.

Çavuşoğlu’s visit came after a tumultuous year in Turkey-EU relations marked by disputes on several issues, including the Eastern Mediterranean tensions, Turkey's role in Syria, the migrant crisis and the stalemate in Turkey's accession process to the bloc.

During a meeting in Brussels on Dec. 10, EU leaders decided to draw up a list of Turkish targets to sanction. While France, Greece and the Greek Cypriot administration have pushed hardest for a tough line on Turkey, other EU states led by economic powerhouse Germany have been far keener for a more diplomatic approach.

But since then, the rhetoric on all sides has mellowed dramatically as Turkey and the bloc voiced its intent to "turn a new page." Turkey has recently reiterated that it is part of the bloc and sees its future in the EU, while it will continue efforts toward full EU membership. Turkish officials have also said that they hope for progress in 2021 and expect the bloc to take definitive action to this end.

“The positive atmosphere in Turkey-EU ties first started with positive rhetoric, then continued with dialogue and has to be supported now by concrete acts to be permanent,” Çavuşoğlu told reporters in Brussels on Friday. He added that Turkey wanted to build up on the positive atmosphere that was reached following the December EU leaders meeting and was not calling for improved relations for the fear of sanctions.