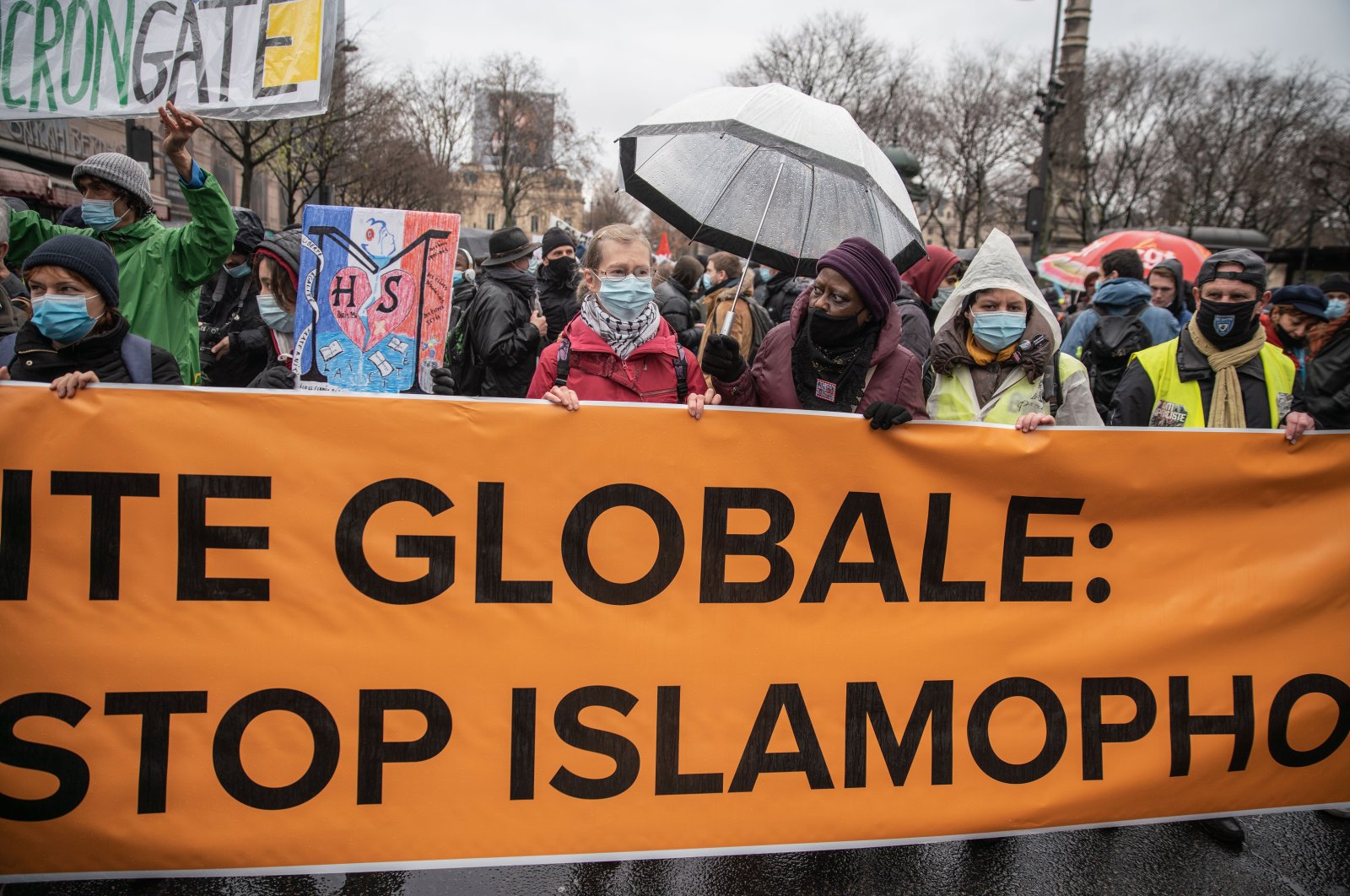 Europe’s racists hide behind words like freedom and democracy to incite violence against Muslims, Turkey’s Communications Director Fahrettin Altun stated on Saturday, calling on the international community to “extinguish the fire of hate with Islam’s message of peace.”

The predecessors of racists in Europe did not respond to appeasement in the past, Altun wrote on Twitter and said that, “They won’t respond to it now.”

Altun also published a video on the issue which underlined that far-right extremism is a growing problem on the continent of Europe and is an ideology fueled by racism, Islamophobia, xenophobia and anti-Semitism.

“The rising popularity of the far-right throughout the EU is an extremely concerning development. After years of marginalization, this hate-inspired movement is going mainstream in many western countries,” the communications directorate’s video said, giving the examples of far-right representatives of the continent.

In France, far-right political leader Marine Le Pen pushes a xenophobic and anti-Islamic agenda, it said, pointing out that she has compared Muslims praying in the streets to the Nazi occupation of France and proposed the banning of the headscarf worn by Muslim women.

Moreover, in January, a special commission in the French National Assembly approved the "charter of republican values" of Islam that was introduced last year by Macron as part of the fight against "separatism." The bill was announced on Oct. 2 by Macron, who claimed that the law was needed in order to fight so-called Islamic "separatism," prompting criticism and rejection from the Muslim community.

The law is being criticized because it targets the Muslim community and imposes restrictions on almost every aspect of their lives. It allows intervening in mosques and the associations responsible for the administration of mosques while controlling the finances of associations and nongovernmental organizations (NGOs) belonging to Muslims.

The party’s leader Norbert Hofer, has said the holy Quran is more dangerous than COVID-19, it added.

“Sweden’s third largest party, the far-right Sweden democrats campaign on anti-migrant rhetoric. The party’s leader Jimmie Akesson has called Islamism the Nazism and communism of our time,” the directorate stated.

In the Netherlands, Geert Wilders and his Party for Freedom target Muslims with Islamophobic rhetoric, it stated, saying that Wilders has suggested placing a tax on women wearing hijabs and closing Dutch borders to Muslim immigrants.

“Islam does not belong in the Netherlands,” Wilders said last week.

“These are the many faces of far-right extremism in Europe,” the video concluded.

Germany, for instance, has been recording Islamophobic crimes separately since 2017. In 2018, there were 910 incidents, including 48 attacks on mosques alone, a little lower than in 2017 with 1,095 crimes. Every other day throughout the course of 2019, a mosque, an Islamic institution, or a religious representative in Germany was targeted in anti-Muslim attacks. More than 90% of these were attributed to politically motivated crimes by the far-right.