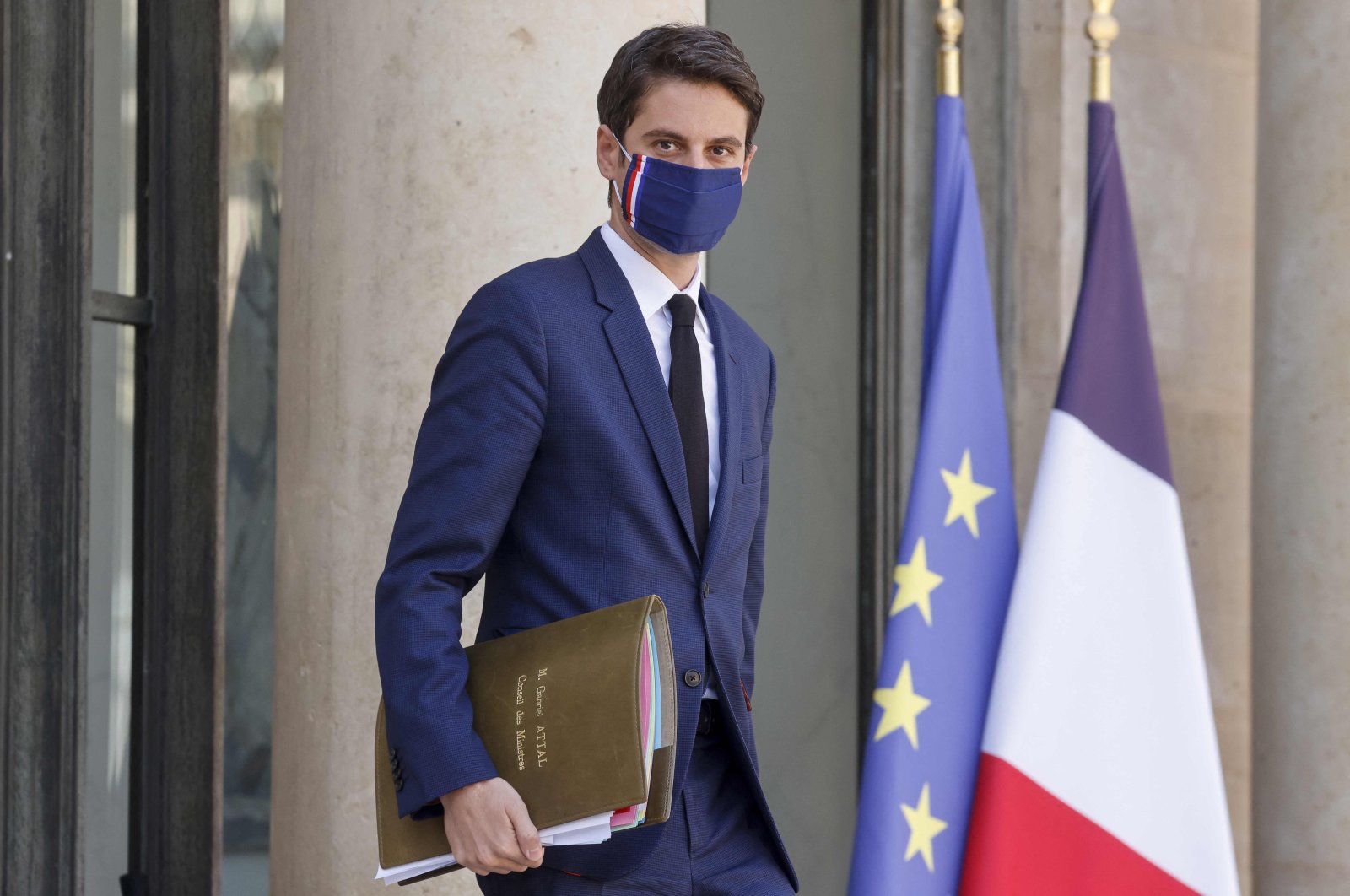 France's government spokesperson Thursday marginalized an influential Turkish-Muslim association by saying that it has no place in France as it goes against French values, while Paris has been taking steps to adopt a bill criticized for being anti-Muslim.

The Milli Görüş (National Vision) association has courted controversy in France in recent weeks by refusing to take part in the government-coordinated charter against so-called "separatism" and "extremism" and over its backing of a new mosque in the eastern city of Strasbourg.

"Clearly it should not organize activities and exist in the Republic," he added while emphasizing he was not announcing that the organization was being banned.

Milli Görüş is among three Muslim groups in France that in January refused to sign up for the charter championed by French President Emmanuel Macron.

The three groups said the charter was approved without obtaining the full consensus of other integral components of the French Council of Muslim Worship (CFCM), including the regional and departmental councils and imams who will be affected by the decision. It cited that the Great Mosque of Saint-Denis de la Reunion, which is one of the founding components of the CFCM, has refused to sign this charter.

"We believe that certain passages and formulations of the submitted text are likely to weaken the bonds of trust between the Muslims of France and the nation. In addition, certain statements undermine the honor of Muslims, with an accusatory and marginalizing character," the CCMTF, the Millî Görüş Islamic Confederation (CMIG) and the Faith and Practice movement said in a joint statement. They demanded amendments to the text of the 10-point charter that Macron helmed as a "foundational text for relations between the State, Islam and France."

In January, a special commission in the French National Assembly approved the "charter of republican values" of Islam that was introduced last year by Macron as part of the fight against "separatism." The bill was announced on Oct. 2 by Macron, who claimed that the law was needed in order to fight so-called Islamic "separatism," prompting criticism and rejection from the Muslim community.

The Turkish Foreign Ministry had slammed Macron’s “Islamic separatism” remarks for having a distorted approach and attempting to control migrant communities in Europe through the establishment of fabricated concepts.

The draft law is being criticized because it targets the Muslim community and imposes restrictions on almost every aspect of their lives. It provides for intervening in mosques and the associations responsible for the administration of mosques, as well as controlling the finances of associations and nongovernmental organizations (NGOs) belonging to Muslims.

Based in the German city of Cologne, Milli Görüş is a pan-European movement for the Turkish diaspora founded by late Prime Minister Necmettin Erbakan. According to its website, Milli Görüş is a "key player in the life of Muslims in France." It assists with pilgrimages, funerals, the construction of mosques and religious instruction.

In an interview with Le Point magazine published Thursday, Interior Minister Gerald Darmanin warned that the state had "nothing to negotiate" with the groups that refused to sign the charter and would step up controls of their activities.

"Those certain associations did not wish to sign it has revealed this shadowy world of foreign interference and extremist movements operating on our soil," he said.

Officials in Strasbourg, run by a Green mayor, earlier this month approved a grant of 2.5 million euros (nearly $3 million) to Milli Görüş to build a new mosque, sparking an angry reaction from the government.

In recent years, Ankara repeatedly traded barbs with Paris over policies in Syria, Libya, the Eastern Mediterranean and Nagorno-Karabakh, as well as over the publication of cartoons of the Prophet Muhammad in France. The spat has risen to new levels in recent months as France has moved to crack down on some Muslim groups after several attacks on its soil.

Macron said he would not prevent the publication of the cartoons under the pretext of freedom of speech. French Muslims, however, accused him of trying to repress their religion and legitimizing Islamophobia. Several Muslim-majority countries have condemned Macron's attitude toward Muslims and Islam. Multiple protests and boycotts against French products have taken place around the world following Macron's remarks, with critics claiming that the French president's government is exploiting the spate of violence to intensify his controversial anti-Muslim stance.

Turkey had strongly condemned Charlie Hebdo's decision to republish the cartoons, saying that the action “contains disrespect toward (Muslims) and the Prophet Muhammad.” The Turkish Foreign Ministry said in September that “it is not possible to justify this insult and disrespect toward Muslims by freedom of press, art or expression.” It also criticized Macron’s stance on the matter.