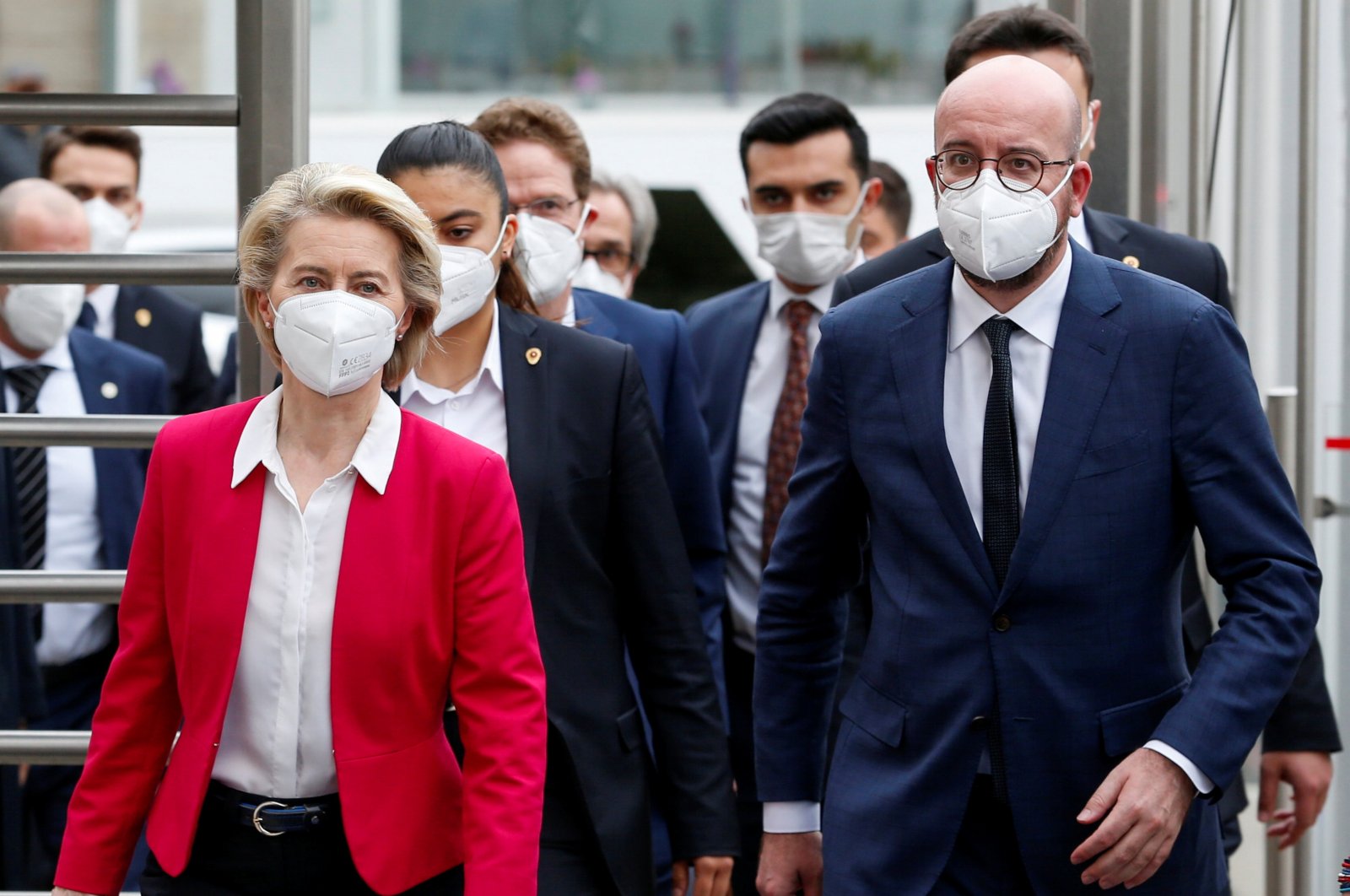 Just days from what could be a pivotal EU summit, Turkey's president and the head of the European Commission on Monday discussed EU-Turkey relations and updating the 1995 Customs Union with the bloc, said Turkish officials.

In the phone call with von der Leyen, Erdoğan called for starting talks on updating the Customs Union as soon as possible without preconditions, according to a statement from Turkey's Communications Directorate.

Turkey has done its part, and now it is the EU's turn to take "concrete steps," Erdoğan told von der Leyen, the statement added.

Turkey has long pushed for an update to the 25-year-old deal, saying that doing so would benefit both the EU and Turkey.

Turkey is the only non-EU country with a customs union agreement with the bloc. The deal was struck in 1995. In its Dec. 21, 2016 assessment, the European Commission proposed revamping the deal.

The current Customs Union only covers a limited range of industrial products and excludes agriculture, public procurement, e-commerce and services.

Expanding the Customs Union would bring Turkey, an EU candidate for membership of the bloc, fully into the internal market of the world’s largest trading bloc, allowing almost all goods and services to flow unhindered.

According to the statement, Erdoğan also said the Turkish people have long been waiting for visa liberalization – something promised but never delivered under a 2016 migrant deal between the EU and Turkey – and stressed the importance of implementing the deal with all its elements as well as strengthening the deal.

Turkey and the EU in March 2016 signed a refugee deal that aimed to discourage irregular migration through the Aegean Sea by taking stricter measures against human traffickers and improving the conditions of nearly 4 million Syrian refugees in Turkey.

Turkey has said falling numbers of migrant crossings show it upheld its part of the deal, but the EU failed to keep its half, including visa liberalization and financial aid for refugees.

President Erdoğan had criticized the EU for failing to fulfill its pledge to provide funding for migrants and refugees in Turkey as part of the pact while allocating billions of euros to Greece.

Erdoğan told von der Leyen that Turkey has done more than enough for Brussels to initiate a positive agenda with Ankara, which is long overdue.

Von der Leyen had a "good conversation" with Erdoğan, the top EU official wrote separately about the phone call.

"We discussed the state of EU-Turkey relations, COVID-19, Trade and Customs Union, the situation in the Eastern Mediterranean, migration and developments in Afghanistan," von der Leyen wrote on Twitter.

The conversation came ahead of an EU summit this Thursday and Friday where EU leaders are expected to discuss the bloc's relationship with Turkey.

However, earlier Monday, EU foreign policy chief Josep Borrell told reporters that the summit would focus mostly on ties with Russia, and would not discuss Turkey in-depth.

After talks with Erdoğan, Michel said the bloc was ready to present a concrete agenda to strengthen cooperation on the economy and immigration.

Turkey has the longest history with the union and the longest negotiation process. The country signed an association agreement with the EU's predecessor European Economic Community (EEC) in 1964, which is usually regarded as a first step to eventually become a candidate. Applying for official candidacy in 1987, Turkey had to wait until 1999 to be granted the status of a candidate country. For the start of the negotiations, however, Turkey had to wait for another six years, until 2005, a uniquely long process compared with other candidates.