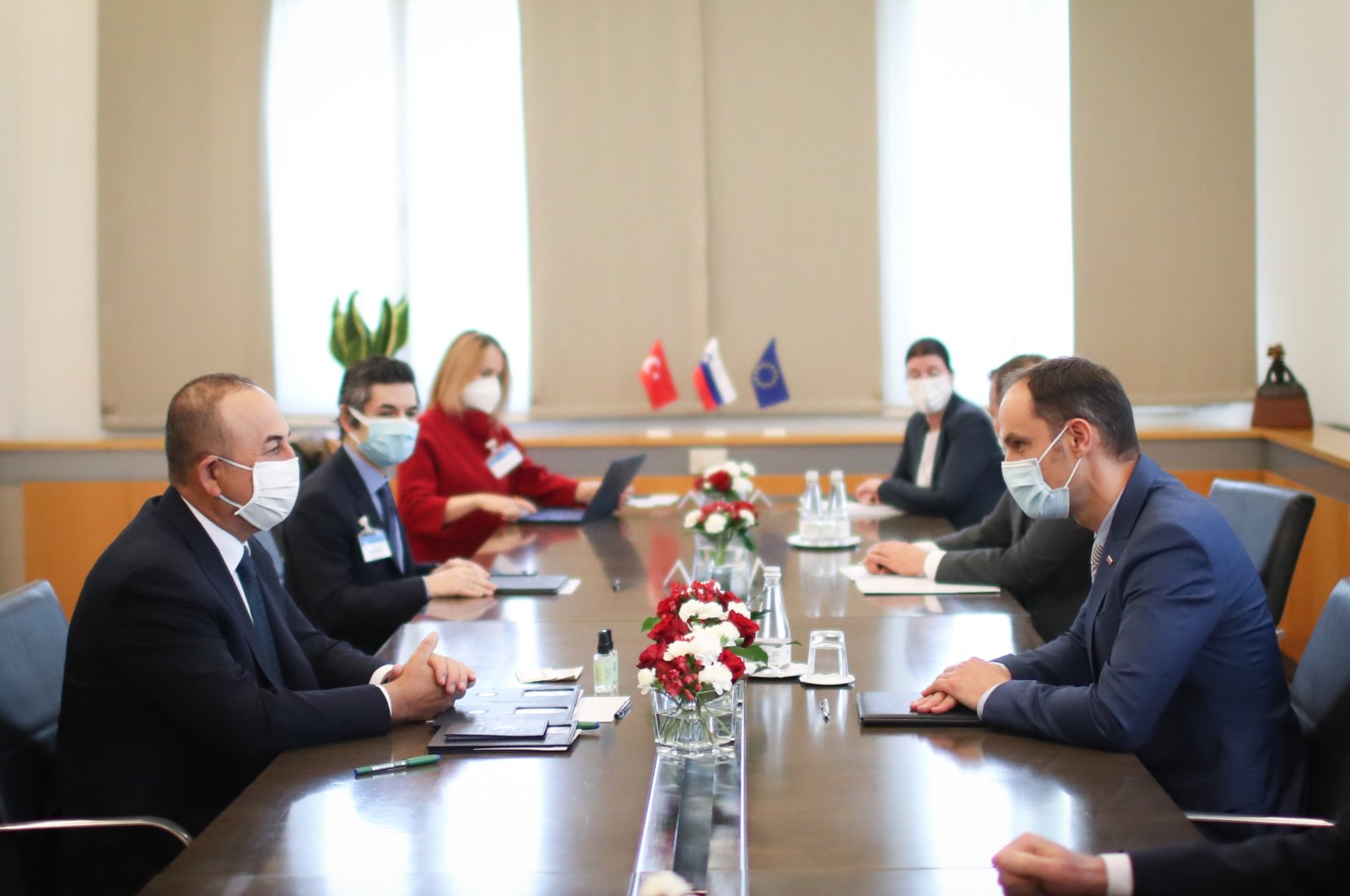 Slovenia, which will take over the EU term presidency in July, expressed support for Turkey’s EU bid Tuesday.

Çavuşoğlu, for his part, said that human rights are one of the top priorities for Ankara, just like it is in the European Union.

He continued by noting that there has been a positive atmosphere in Turkey-EU relations and that Ankara believes the steps for cooperation in important issues like the customs union will be key to that end.

Signing a partnership agreement with the European Economic Community (EEC) in 1963, Turkey applied for EU membership in 1987, became a member country in 1999 and accession talks began in 2005. But negotiations stalled in 2007 due to objections from the Greek Cypriot administration on the divided island of Cyprus as well as opposition from Germany and France. Ankara, which maintains the strategic goal of EU membership, has been calling for some time now for the EU to conclude the process either way instead of stalling.