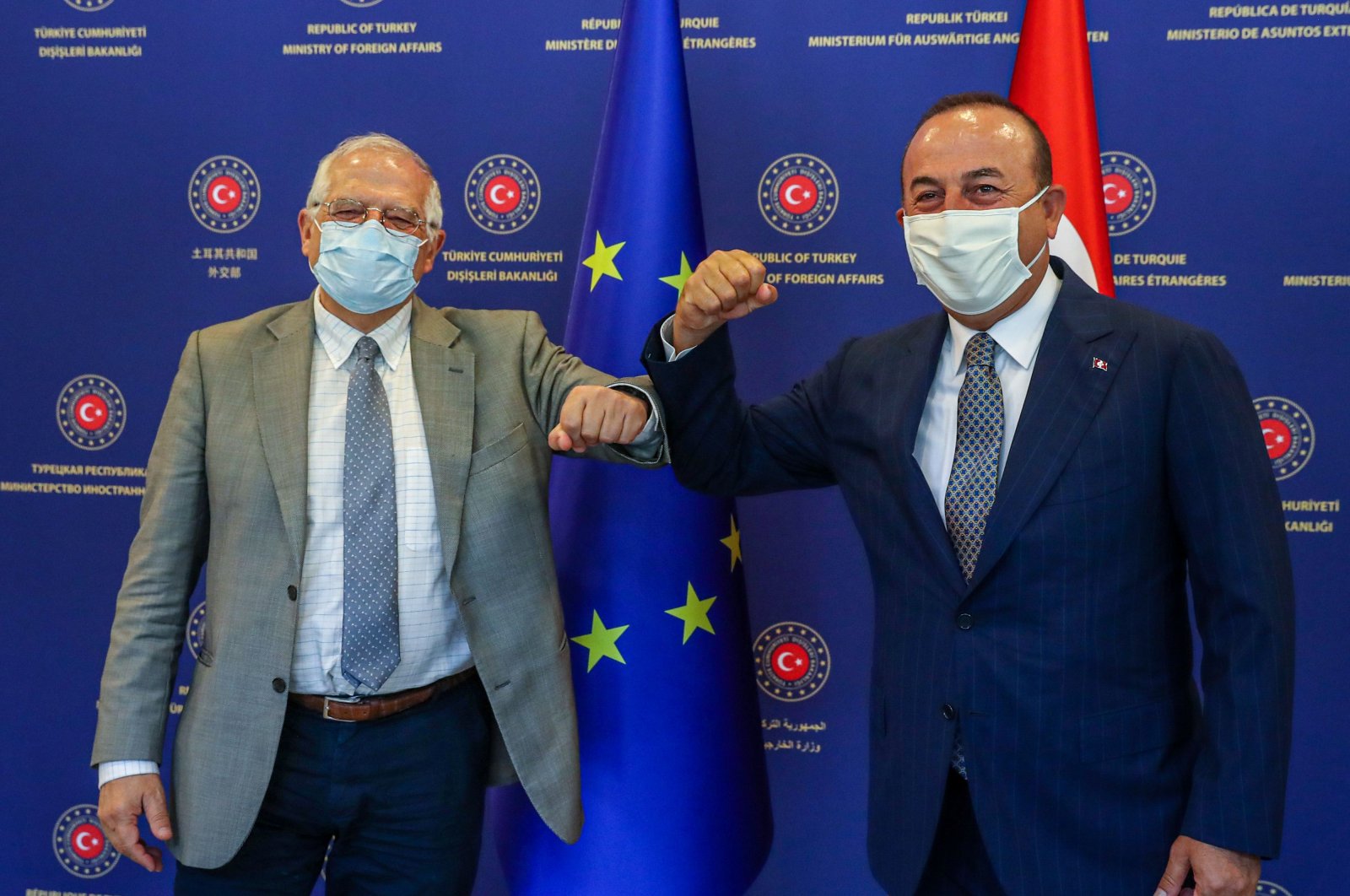 Turkey shares many of the European Union's strategic interests and goals, Foreign Minister Mevlüt Çavuşoğlu said Monday in an article he wrote for Politico, underlining Ankara's significance for the bloc.

"As a candidate for EU membership, Turkey shares many of the bloc's strategic interests and goals. Our borders are Europe's and NATO's external borders, and we, too, want to build state and societal resilience," Çavuşoğlu wrote in the article.

Addressing Turkey's significance for the EU, Çavuşoğlu said the country's diplomatic and security presence has defended Europe for generations.

"In the future too, Europe will be safe and prosperous with Turkey's contributions," he added.

The foreign minister, however, stressed that such responsibility of helping to "stabilize our common neighborhood and set it on course toward sustainable peace, stability and development," is a task for all.

Çavuşoğlu criticized the "strong rhetoric and maximalist positions from certain EU member countries on issues with high strategic relevance" and stated that such positions are "narrowing the scope for meaningful cooperation."

He noted that three cases are hindering Turkey-EU cooperation: Libya, Syria, and Cyprus and the Eastern Mediterranean.

The minister said: "EU failed to come up with concerted action based on its core values" regarding putschist Gen. Khalifa Haftar's offensive against the country's legitimate, U.N.-recognized government in Tripoli.

"While putschist militias and mercenaries continue to be heavily reinforced, the EU's Operation Irini in the Mediterranean (which has the stated aim of enforcing the arms embargo on Libya) is practically sanctioning the legitimate government," he said.

Turkish foreign minister further called on Europe to "stand up and cry foul in the face of the shocking discovery of mass graves in Tarhuna containing the bodies of victims allegedly killed by Haftar's forces."

"Meanwhile, the blockade on Libya's oil resources is depriving the Libyan people of a crucial resource," he added.

He stressed that "leaving Libya at the mercy of a warlord was and remains a gross mistake," noting "Turkey's technical and training assistance to the legitimate government in Libya upon its request has changed the balance on the ground and increased the viability of diplomatic efforts like the Berlin conference."

Çavuşoğlu also addressed France's false accusations on Turkey about an incident involving its warship and Turkish vessels in the Eastern Mediterranean.

"When those claims were not verified by NATO, Paris withdrew from an important alliance operation. Others will judge whether that was a good strategic choice," he said.

The Turkish minister also spoke about Syrian refugees and recalled that his country has spent "more than $40 billion (TL 274 billion) serving the needs of 3.6 million Syrian refugees in Turkey."

"We cannot be expected to take more. In addition, we have provided 402,000 Syrian refugees with the chance to return to their homeland in areas taken back by Turkish troops from Daesh (ISIS) and PKK/YPG terrorists," he said.

"Maximalist and unilateral claims by Greece and Greek Cypriots violate the sovereign rights of both Turkey and Turkish Cypriots," he stressed.

Borrell was in Turkey last week where he discussed Ankara’s disputes with Greece and Cyprus over energy exploration in the Eastern Mediterranean region. Turkey has dispatched warship-escorted vessels to drill for gas in an area where Cyprus insists it has exclusive rights. The Turkish government has said it’s acting to protect its interests in the area’s natural resources and those of Turkish Cypriots.

Foreign ministers of the EU gathered in Brussels on Monday to discuss Turkey and international issues in an actual meeting for the first time since the outbreak of the COVID-19 pandemic. The bloc's relationship with Turkey is "the most important item on the agenda today," Borrell told journalists before the meeting. "The relationship with Turkey is not especially good at this moment," he added.

Çavuşoğlu once again expressed Turkey's readiness for a dialogue to find a just, equitable and peaceful solution in the Eastern Mediterranean, and said: "Unfortunately, the response has been hostility to Turkey and the Turkish Republic of Northern Cyprus."

"This leaves us with no choice but to continue our drilling and exploration activities in the Eastern Mediterranean to protect our national interests and the equal rights of Turkish Cypriots."

Çavuşoğlu said these three cases are "emerging streak of abuse and estrangement of Turkey through unsustainable policies" and added that the country has "also been let down in the EU accession process and in the aftermath of the failed coup attempt in 2016."

With the ongoing coronavirus pandemic across the region and the world, the minister said the outbreak could "generate new instabilities or exacerbate existing ones."

"We must not be sucked into the maelstrom that is pitting us against each other. Europe needs constructive strategies prioritizing win-win formulas for Turkey, rather than reactive steps for the sake of EU solidarity and the narrow-minded expectations of a few countries."

Underscoring that there is an indisputable common ground to build upon, the Turkish minister called on Europe to "look ahead and build an inclusive framework to capitalize on the genuinely transformative power of Turkey-EU cooperation in our common neighborhood."

"That would be the right mindset – especially in the troubled waters of the post-pandemic era," he added.