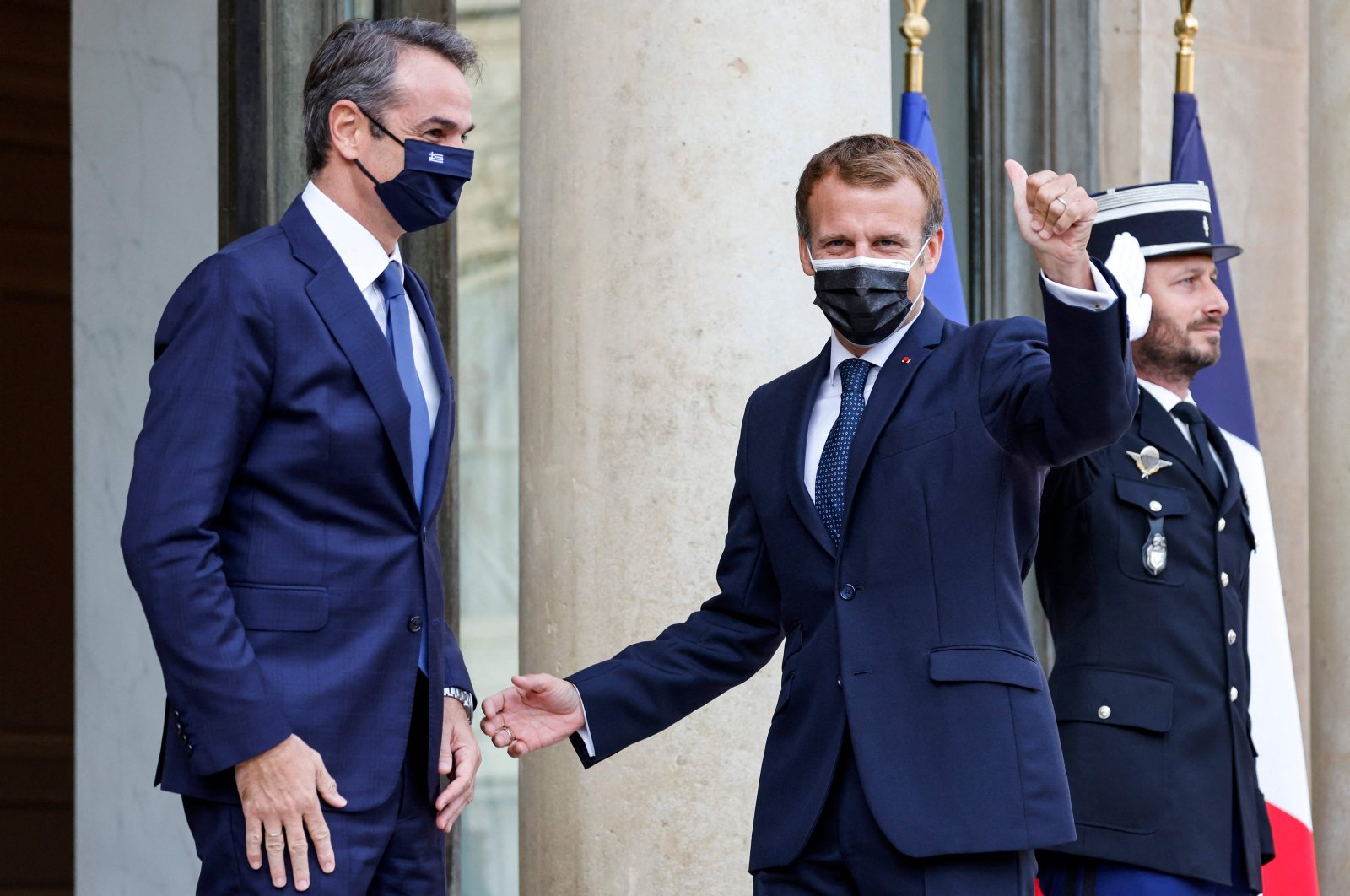 France is heightening tensions between Turkey and Greece, which disagree over a number of issues including maritime and drilling rights, in order to increase sales to the latter, a source said.

The source told Daily Sabah that while Greece aimed to give the message of solidarity and strength recently during the signing of a defense agreement with France, Paris aims to make up for its losses after its contract to supply submarines to Australia was torn up in favor of American-designed nuclear ones.

“France, which is furious due to losing the sale of submarines to Australia, has given weight to Greece, to which it had been trying to sell vessels and jets for a year despite Athens' debts,” the source added.

The Greek parliament earlier this month ratified a defense deal struck with France for the purchase of three French-made Belharra frigates, an agreement criticized by Turkey.

In contrast to other EU and NATO allies, France strongly backed Greece and the Greek Cypriot administration last year when tensions were high, sending warships and fighter jets to the Eastern Mediterranean.

Turkey, the country with the longest coastline on the Eastern Mediterranean, has sent drillships with a military escort to explore for energy on its continental shelf, saying that it and the TRNC have rights in the region.

Furthermore, Euractiv reported on Monday that the French Defense Ministry said that the exclusive economic zones (EEZs) are not part of the Franco-Greek agreement.

“The exclusive economic zone is not considered to be part of the territory of a State, in particular by the United Nations Convention on the Law of the Sea (known as the Montego Bay Convention), to which France and Greece are parties,” the ministry told Euractiv in a written response.

It affirmed that the military agreement concerns only the “ territories.”