Germany to take in 50 migrant children from Greek camps 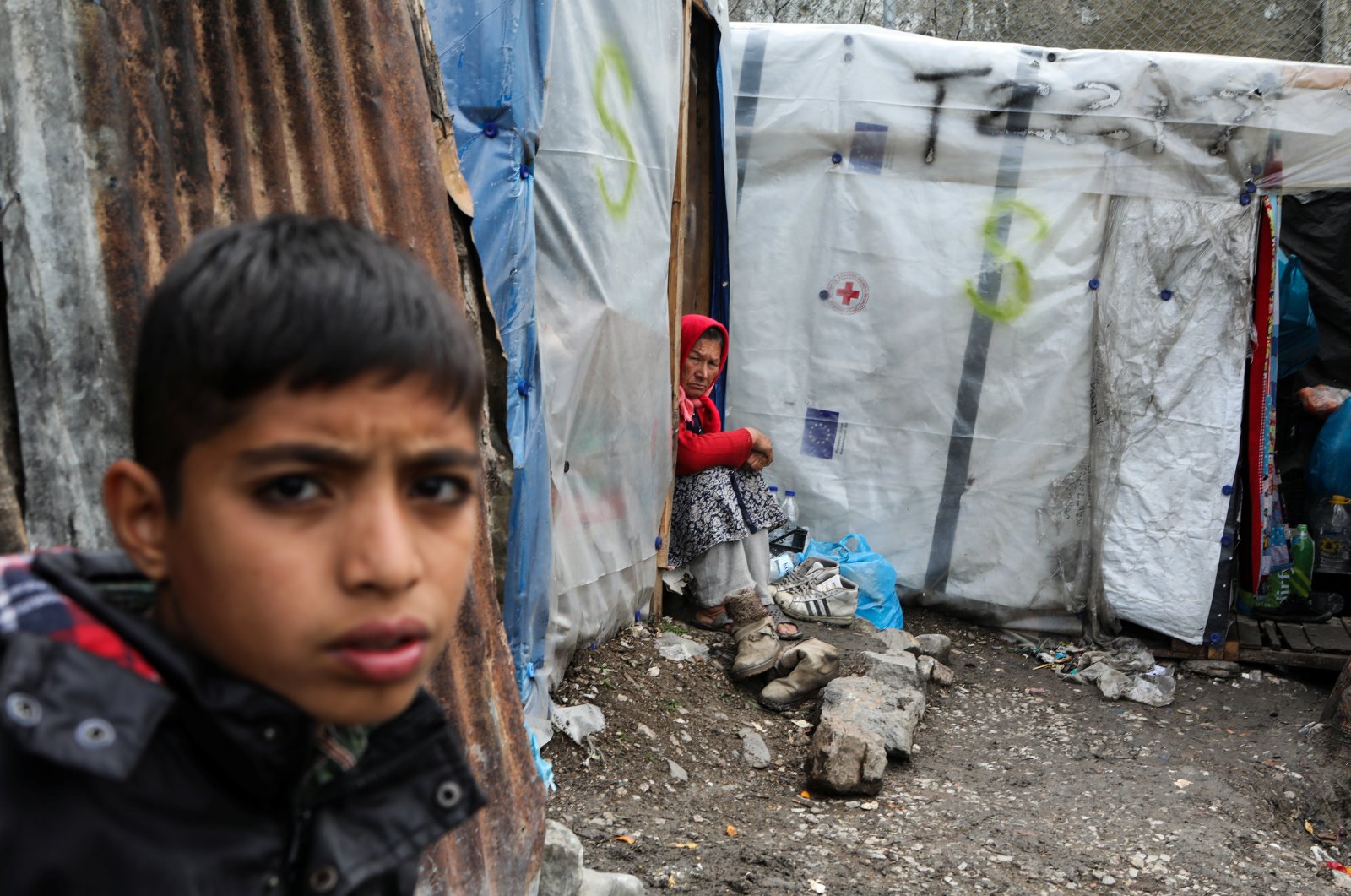 Migrants stand outside a temporary shelter in a makeshift camp for refugees and migrants next to the Moria camp, during a nationwide lockdown to contain the spread of the coronavirus, on the island of Lesbos, Greece, Thursday, April 2, 2020. (Reuters Photo)
by Compiled from Wire Services Apr 08, 2020 10:45 am
RECOMMENDED

The move was the first step by Germany, officials said, as worries mount about the health situation in the Greek camps due to the coronavirus pandemic.

Germany's interior ministry said Tuesday it aimed to begin the transfer of unaccompanied minors next week from Greece, which has been the main gateway into the EU for people fleeing conflicts in the Middle East and beyond.

On arrival in Germany, the young people will be placed in quarantine for two weeks before they are divided up across Germany, the ministry said, adding that other EU states had agreed to similar measures.

“Because of internal challenges" in dealing with the coronavirus pandemic, "there are understandably delays in some countries at present,” the ministry’s statement said. “But Germany has the clear expectation that these countries will keep to their commitment.”

A dozen children are also expected to be transferred from the Greek camps to Luxembourg in the coming days, the Greek government said, expressing thanks to the small European country.

The relocation is “being achieved despite the difficult circumstances of the (coronavirus) pandemic and has created a positive example to other European partners, " Giorgos Koumoutsakos, Greece's alternate minister of migration and asylum minister, said.

Tens of thousands of asylum-seekers live in dire conditions in Greek camps. The conditions have worsened recently due to outbreaks of coronavirus.

The worst congestion occurs in camps on five Aegean islands near Turkey where there are more than 36,000 people for fewer than 6,100 places.

The European initiative was launched last month by the EU commission in order to ease the pressure on European Union member Greece.

The children concerned in the program either have medical needs or are unaccompanied and under 14 years of age, most of them girls.

In addition to Germany and Luxembourg, France, Portugal, Ireland, Finland, Croatia, Lithuania, Belgium and Bulgaria also said they were prepared to take in children from the Greek camps, the ministry said.

Tens of thousands of migrants tried to get into EU member Greece after Turkey said in February it would no longer prevent them from doing so, as agreed upon in a 2016 deal with the EU in return for aid for Syrian refugees.

Greece has described conditions in the camps on some of its islands, where more than 40,000 asylum-seekers are now stuck during the coronavirus crisis, as a "ticking health bomb."

While the rush to the border in March met a strong response from Greek security forces, tensions have largely settled since the outbreak of the new coronavirus prompted Turkey to close its borders with Greece and Bulgaria.

Greece is urging the EU to help during the coronavirus crisis and has said it is ready to protect its islands, where no cases have so far been recorded.

Athens quarantined a migrant camp on the mainland after 23 asylum-seekers tested positive for the coronavirus.