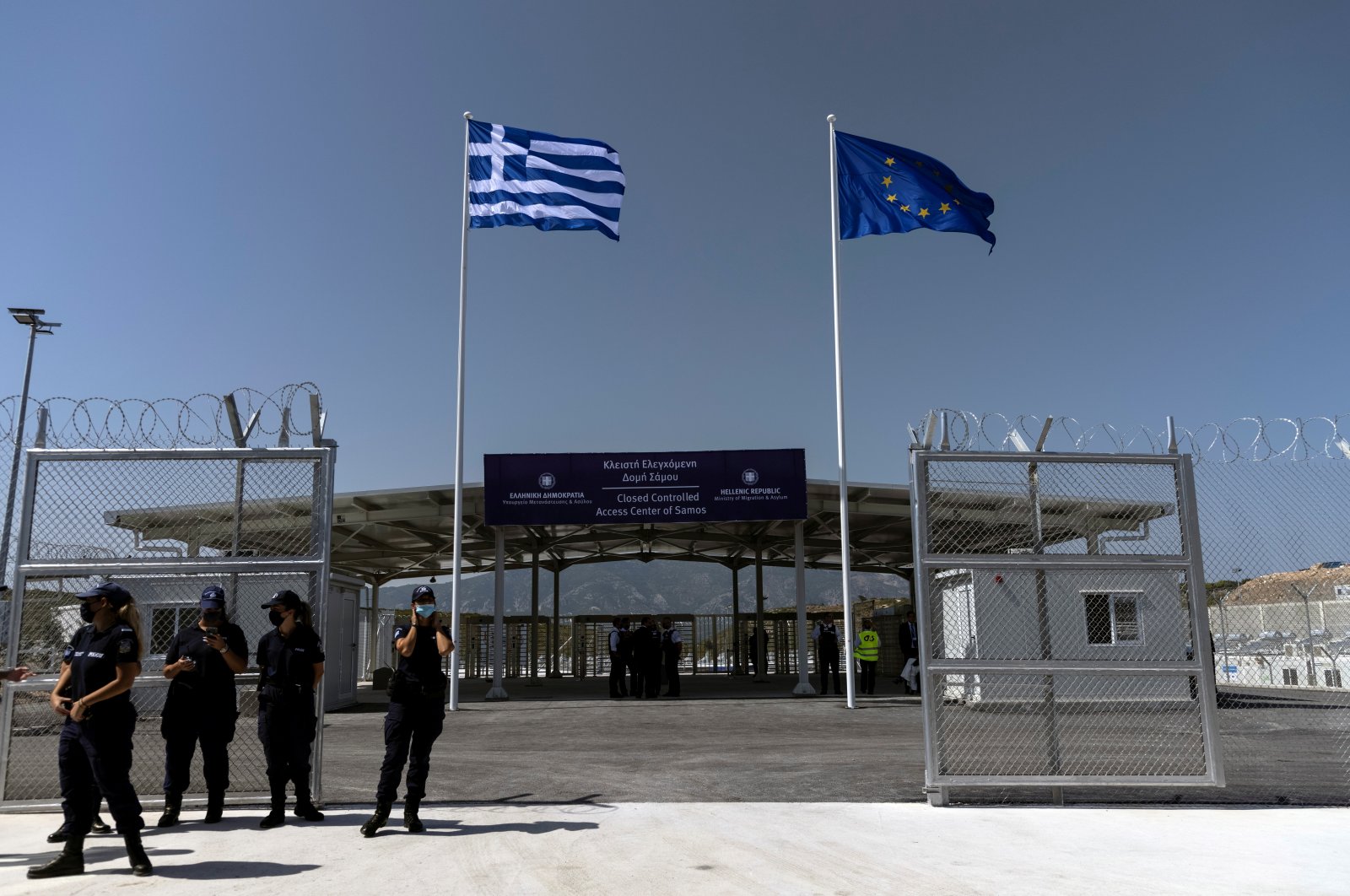 A Greek national flag and a European Union flag flutter inside a newly inaugurated compound-type migrant camp on the island of Samos, Greece, Sept. 18, 2021. (REUTERS Photo)
by DAILY SABAH WITH AGENCIES Oct 28, 2021 10:03 am
RECOMMENDED

Good neighborly relations between Turkey and Greece are important and beneficial, not only for the two countries but also for all of Europe, Chancellor Angela Merkel's spokesperson said Wednesday.

Steffen Seibert was speaking at a regular press conference in Berlin. His remarks came a day before Merkel's farewell visit to Athens, where she is scheduled to meet with Prime Minister Kyriakos Mitsotakis and President Katerina Sakellaropoulou.

Seibert said Berlin supports direct talks between Greece and Turkey, which aim at finding diplomatic solutions to their bilateral problems and maritime disputes in the Eastern Mediterranean.

"It is clear that solutions can only be found through talks, and in a spirit of mutual respect," he said.

After 16 years in power, Merkel is preparing to leave active politics later this year, but she will remain at her post until a new coalition government is formed in the wake of the Sept. 26 general elections.

However, disputes between the two neighbours are still ongoing. Most recently, Greek Migration Minister Notis Mitarakis has claimed that Turkey was not abiding by the terms of a pact signed with Brussels in 2016.

There should be no more refugee boats and people smugglers in the Aegean Sea, Mitarakis said.

Turkey, on the other side, has repeatedly condemned Greece's illegal practice of pushing back asylum-seekers, saying it violates humanitarian values and international law by endangering the lives of vulnerable migrants, including women and children.

Yet recently, the EU’s Commissioner for Home Affairs Ylva Johansson said that the EU expects Greece to investigate reports of illegal migrant pushbacks at its border.

"There seems to be, in (this) case, some kind of orchestration of violence at our external borders, and there seems to be convincing evidence of misuse of (EU) funds," Johansson said, referring to the fact that authorities of these countries have received significant financial support from the EU for external border management.

"This needs to be investigated."