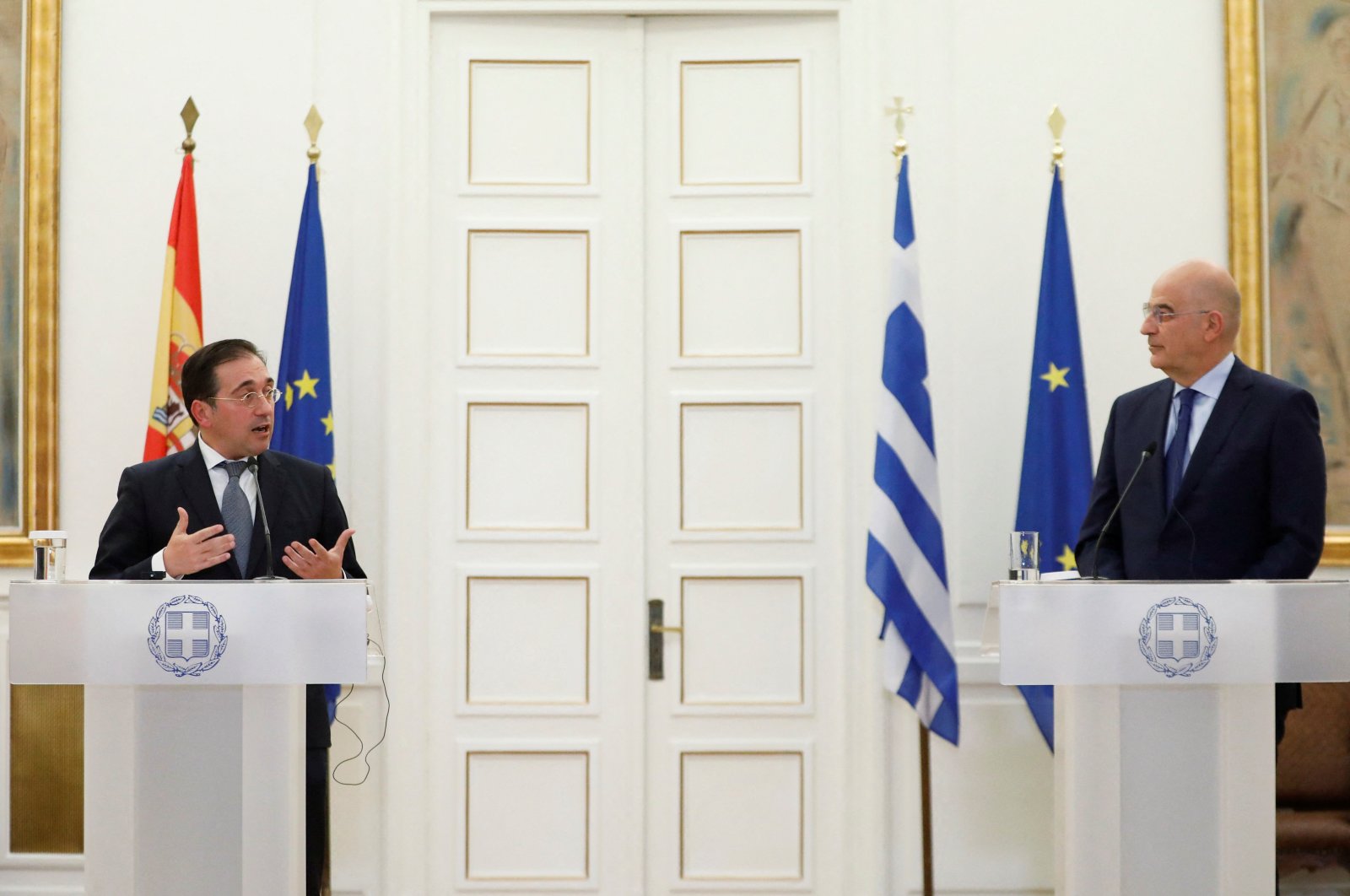 Greece on Tuesday said it is concerned following statements by Turkey on its will to boost military cooperation with Spain.

Last month, President Recep Tayyip Erdoğan said his country hopes to increase defense cooperation with Spain – also a NATO member – through the purchase of a second aircraft carrier and possibly a submarine.

Erdoğan during a joint press conference with Spanish Prime Minister Pedro Sanchez said Turkey and Spain had already cooperated on the construction of a Spanish assault ship.

“The first aircraft carrier was not a large-scale one. We have agreed on the construction of a large scale,” he said.

“There is so much we can do in the defense industry, including (concerning) armed and unarmed unmanned aerial vehicles,” the president added without elaborating.

“I expressed concern over Spain's possible intention to strengthen its military cooperation with Turkey,” Dendias said Tuesday. He said European Union members have agreed not to export military technology that could be used “for aggressive acts or regional destabilization.”

Dendias added that Albares offered “a clear position” that Spain will act within the framework of decisions by the EU, to which both Greece and Spain belong.

Greece itself has embarked on a project to modernize its air force and navy, with major purchases from France, citing concerns over Turkish activities.

“Turkey is a destabilizing factor in the Eastern Mediterranean,” Dendias said.